Timken (TKR), a mid-cap industrial, looks like it is resuming its bigger uptrend with a surge off the 200-day SMA. The chart below shows the stock hitting 52-week highs in April and October. The October high formed after a channel breakout and 25% advance. Timken then corrected with a rather sharp decline and briefly broke the 200-day SMA last week. This break, however, did not last long as the stock surged back above 47 the last five days. Also notice that MACD turned up and moved above its signal line. The long-term trend is considered up because of the 52-week highs and the recent MACD crossover suggests that the short-term downswing reversed. Thus, it looks like the long-term trend is resuming. 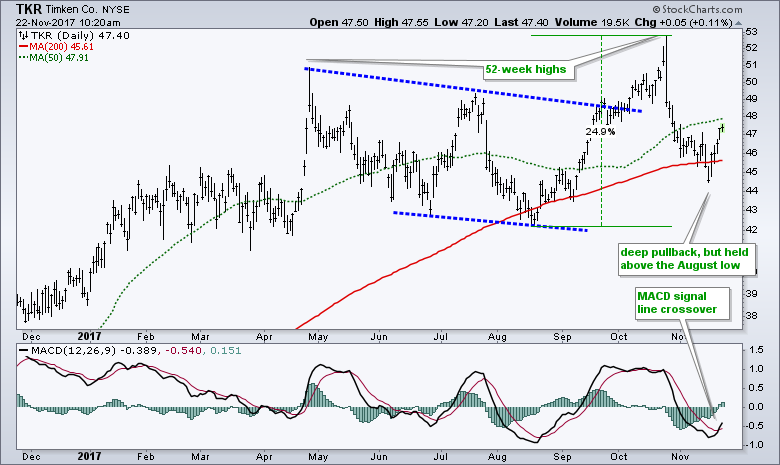