The Regional Bank SPDR (KRE) surged to a 52-week high in late November and then formed a bullish continuation pattern as it consolidated the last few weeks. First and foremost, the long-term trend is up for KRE because of the breakouts in September and November, and the 52-week high in November. The bigger uptrend dictates my trading bias and it is clearly bullish right now. Since the breakout, KRE consolidated with a pennant, which is a continuation pattern. The prior move was up and this makes the pennant a bullish continuation pattern. Note that pennants are short-term patterns that extend one to four weeks. A pennant breakout would signal a continuation of the November surge and print new highs. 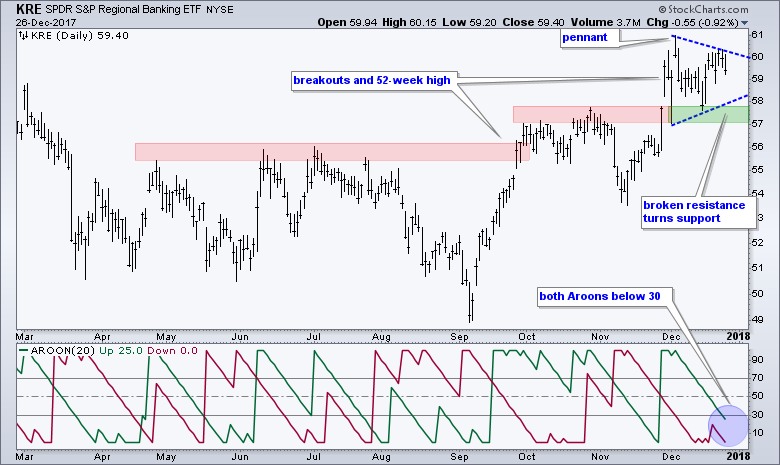 The indicator window shows the Aroon brothers moving below 30 (Aroon Up and Aroon Down). You can read more about these indicators in our ChartSchool. These two move below 30 during a consolidation and I am now watching for the first to turn up and break 50. This would provide the first directional clue.