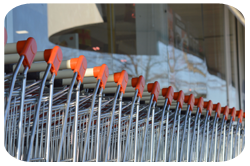 Costco (COST) is showing some upside leadership this year with a triangle breakout and challenge to the January high. 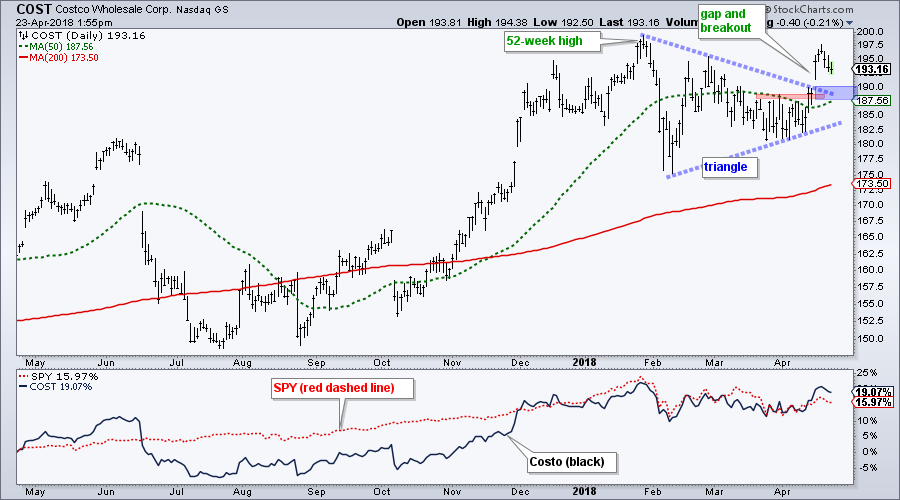 COST stalled after hitting the new high and formed a big triangle from late January to early April. A consolidation within an uptrend is typically a bullish continuation pattern. The breakout signals an end to this consolidation period and a resumption of the bigger uptrend.

The breakout zone in the 188-190 area turns into the first support zone to watch on a throwback (blue shading). A throwback occurs when prices return to the scene of the breakout. Broken resistance is expected to turn support and this is an area to watch for a bounce.

The indicator window shows the performance lines for SPY (red-dashed) and COST (black). Both are up double digits over the past year, but COST has a slight edge with a 19% gain. SPY is up a respectable 16% since late April 2016.