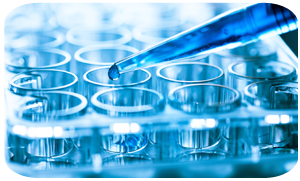 Waters Corp led the market in 2017 with a 65 percent gain, but lagged in 2018 as the stock corrected the last six months. I am watching this correction pattern for a breakout that would signal a continuation of the bigger uptrend. Waters Corp makes analytical equipment and software for laboratories and scientists.

The chart below shows WAT retracing around 38.2% of the prior advance with a falling wedge over the last six months. This is still a normal amount for a correction within a bigger uptrend and the 10-week EMA remains above the 40-week EMA (barely). 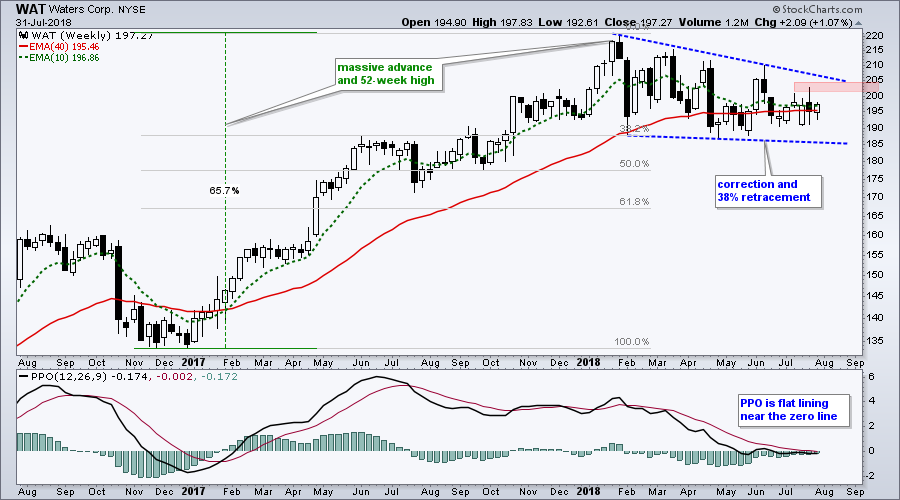 The stock is finding support in the 190-195 area and the range narrowed over the last six weeks. As with a Bollinger Band squeeze, this narrowing range signals indecision that could foreshadow a decisive move. But which way? Here are two things to watch. A weekly close above 205 would break the six week range and argue for further strength. Chartists can also watch the PPO for an upturn and move back into positive territory.