The S&P 500 is down around 7.5% so far this month and this is shaping up to be the worst monthly decline in over five years. Keep in mind that there are still a few days left in October and the last monthly bar will not complete until the close on Wednesday. 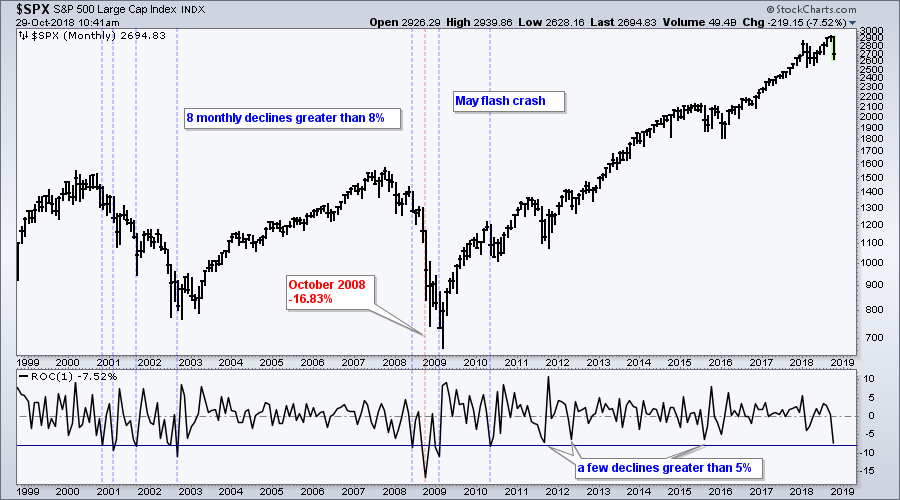 While it is hard to infer from just nine data points and October is still in play, monthly declines in excess of 8% represent clear shocks to the system. At best, the market needs some time to stabilize. At worst, this shows strong selling pressure that could persist.