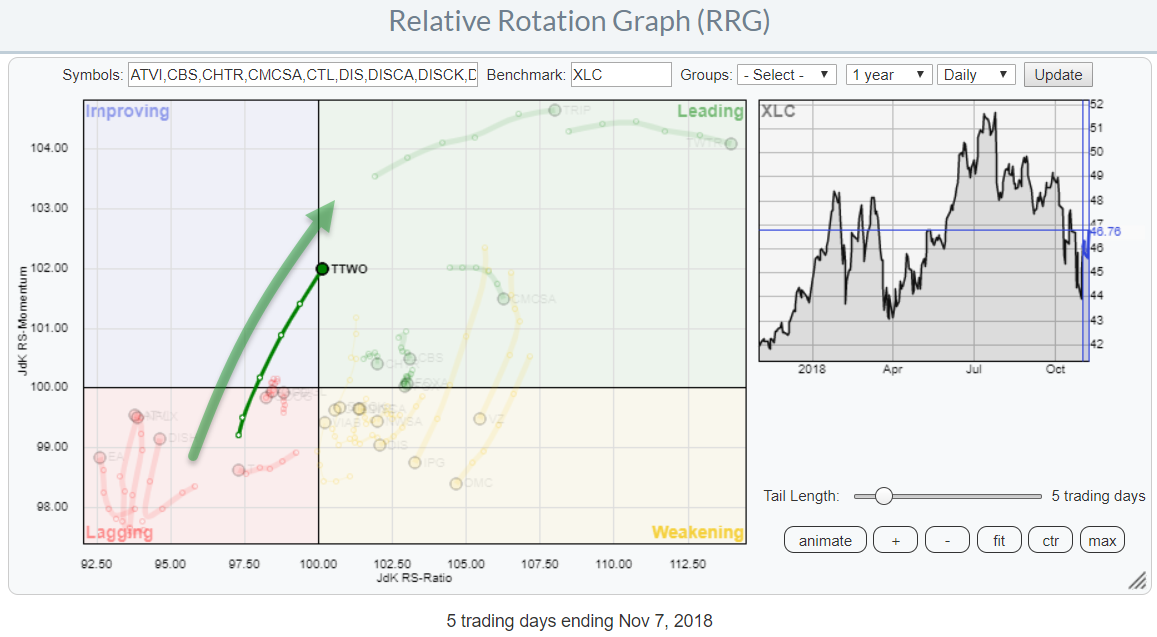 While browsing through some Relative Rotation Graphs, looking for DITC candidates, my eye fell on TTWO inside the Communications Services sector.

TTWO against XLC, on the other hand, is showing a nice rotation (on the daily RRG) over the last two weeks, from lagging through improving and now entering leading at a steep RRG-Heading and increasing tail length. This signals power behind the rotation.

Taking this stock back to a regular chart shows a series of lower highs and lower lows against a falling resistance line since the beginning of October. The last drop that took place at the end of October plotted a double bottom against the horizontal support level around $110 which signals at least some relief and buyers coming in at this level. 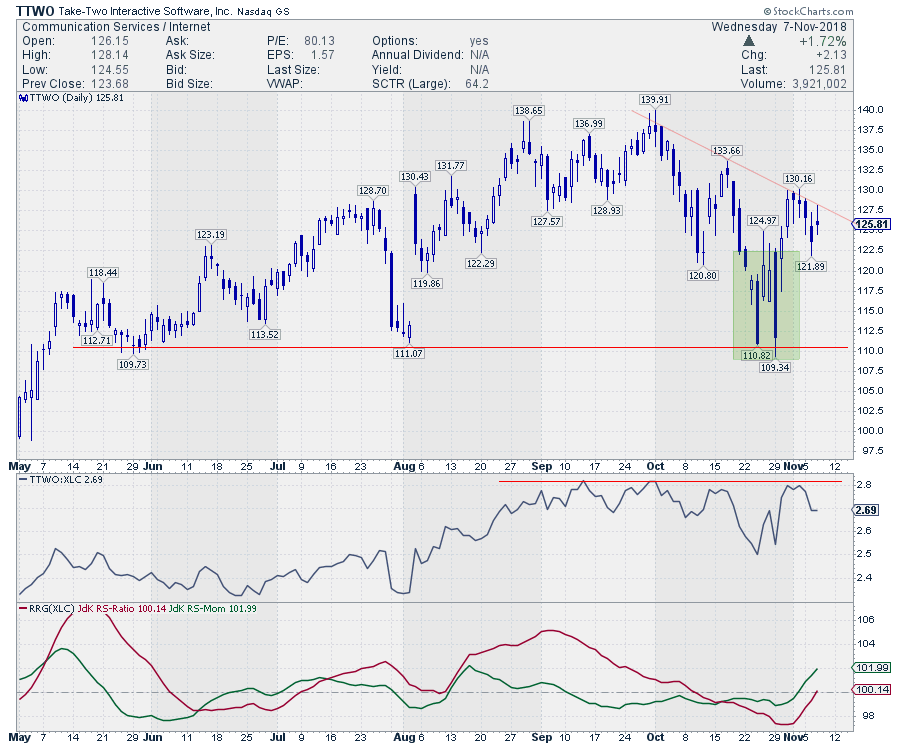 It takes two, both relative and price, to tango for TTWO

Looking at the speed of the rotation on the RRG and assuming that this rotation can continue, the relative strength of TTWO against XLC will very likely break overhead resistance in the RS-Line very soon.

Breaking above the falling resistance line will be a first sign of, further improvement. Taking out the previous high at $130 will be the trigger for a new series of higher highs and higher lows.

The recent low near $122 serves as the cut-off point where the positive scenario will be negated.