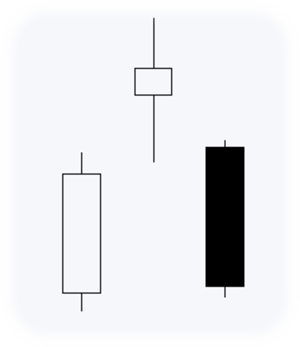 Despite a 15% surge the prior 17 days, the Nasdaq 100 ETF (QQQ) remains below its flattening 200-day SMA and the ETF formed a rare evening star candlestick pattern over the last three days.

First and foremost, I think the long-term trend is down for QQQ. The ETF recorded a 52-week low in December and remains below the 200-day SMA. Even though a 15% advance is impressive, this advance is still in the shadow of an even larger decline (-16.9%). The early December high marks the last peak where the bulls lost control and a break above this high is needed to reverse the bigger downtrend. 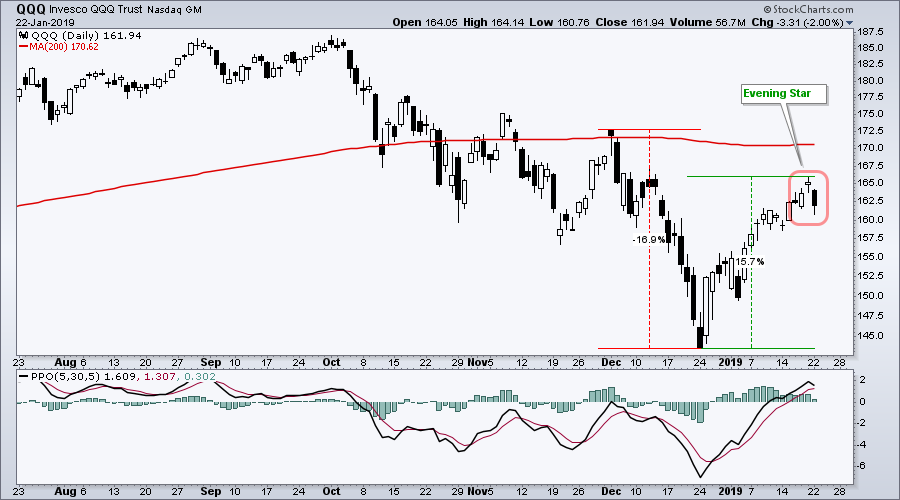 Now what? First, keep in mind that candlestick reversal patterns are short-term and only valid for a few days. Second, the other major index ETFs (SPY, IWM) did not form evening star reversal patterns, even though they also fell on Monday. The evening star in QQQ provides the first sign that the big counter-trend bounce is ripe for a rest or even a reversal. The indicator window shows the PPO (5,30,5) still above its signal line so momentum has yet to turn. Watch for a move below the signal line for further confirmation of a short-term downturn.  You can also find evening star patterns on our Predefined Scan Page.