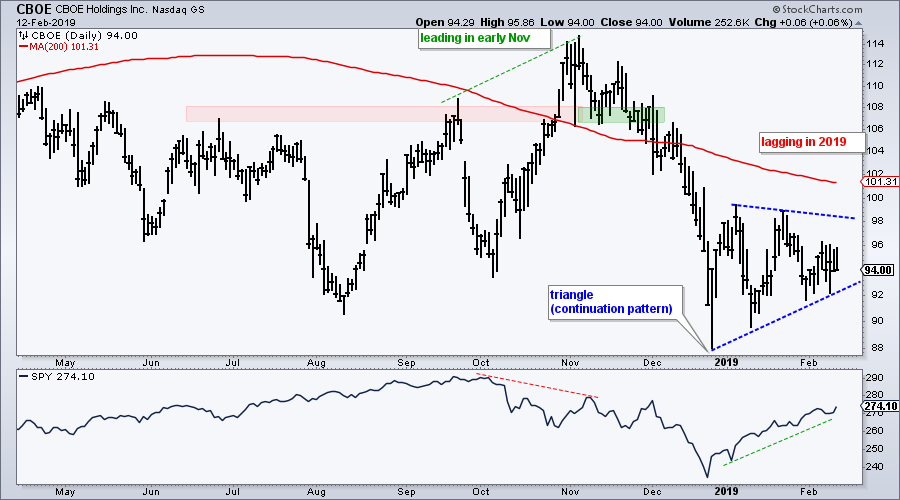 After falling to a 52-week low in December, the stock consolidated with a triangle over the last six weeks. A triangle after a decline is typically a bearish continuation pattern and a break below 92 would argue for further weakness. Notice that the stock is seriously underperforming over the last few weeks because SPY moved above its late January high.

Stocks Refuse to Back Down