The S&P 500 SPDR and Technology SPDR (XLK) hit new highs this month. Thus, the S&P 500 is signaling a bull market and the technology sector is leading. The Semiconductor SPDR (XSD), which is a broad-based semiconductor ETF, is also showing leadership as it challenges its April high. This tells semiconductor stocks have sector and industry group strength on their side. 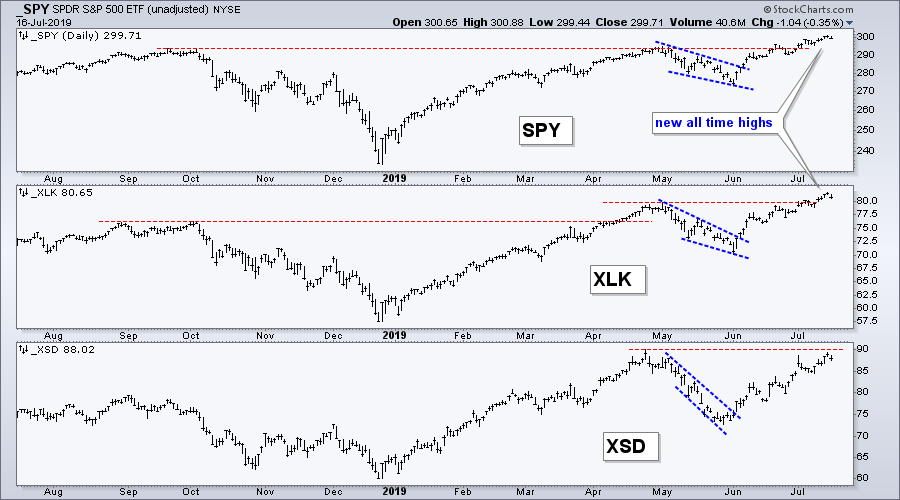 Programming Note: Art's Charts is open to all - no membership required. Click here to read: Four Stocks Poised to Continue their Uptrends.

The next chart shows NXP Semiconductor (NXPI) bouncing off a Reversal Alert Zone (RAZ) in May and breaking out of a small wedge this month. First, the stock surged from late December to late April and this looks like an impulse move. Second, the stock fell back to the 200-day SMA and hit the RAZ. This zone is marked by broken resistance turned support, support from the late March low and the 50-61.8% retracement zone. As its name suggests, a Reversal Alert Zone is an area to watch for a reversal and bounce. 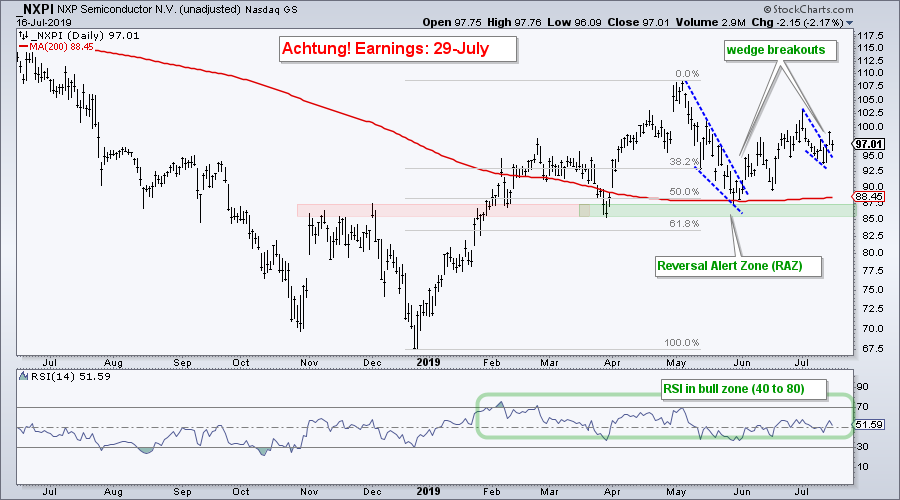 NXPI bounced in June and then fell back in July with a small wedge, which represents a short-term correction. The stock then broke out of this small wedge with a surge on Monday. The bounce of the Reversal Alert Zone and small wedge breakout are bullish on the medium-term and short-term timeframes, respectively. This argues for higher prices in NXPI in the coming weeks/months. I would re-evaluate on a close below 90.