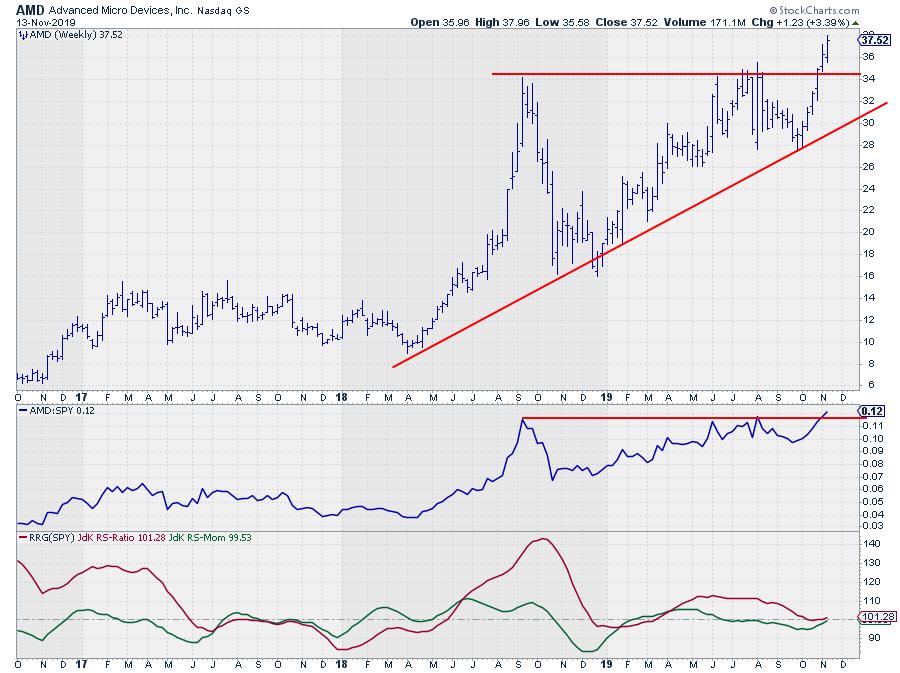 When I ran the RRG for the most active movers in the S&P 500 (at yesterday's close), I noted a strong rotation for AMD.

This stock entered the leading quadrant in the week of 18 March and moved inside that quadrant until the week of June 24, picking up 30% (vs S&P 4.2%). From 24 June onwards, AMD rotated through the weakening quadrant, curling back up just before its tail would hit lagging.

Over the last three weeks, relative momentum has picked up for AMD and is now close to re-entering the leading quadrant, very likely starting a new up-leg in its relative uptrend. 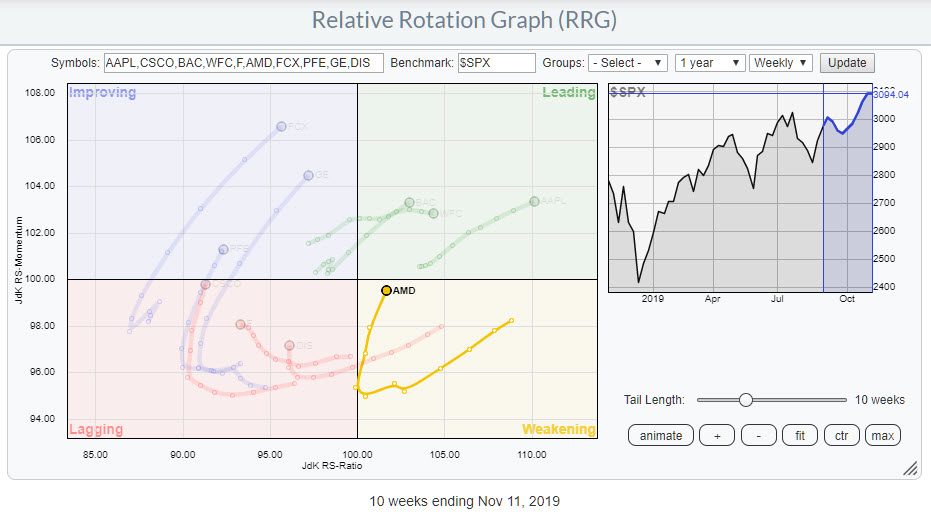 Bringing that rotation back to a regular time/price based chart gives the picture printed at the top of this article.

The recent break above horizontal resistance in price, as well as in relative strength, supports a further rise in AMD.

But... be careful. This image does not tell the whole story. AMD is one of the tech stocks that is NOT pushing to new all-time highs. So, for us to get the complete picture, we should also inspect the longer-term chart.