Not too many businesses can point to consistent, recurring revenue from a well-priced product that has broad appeal. Sure, steady membership income has pushed many streaming media stocks higher recently, but let's take a look at another, consumer-driven area that's been around even longer then Internet Entertainment.

I'm talking about gym membership and in particular, Planet Fitness (PLNT) which offers low-priced gym membership and is continuing to launch programs that appeal to a wide audience. The company went public 4 years ago and, since briefly undercutting its IPO price until late June of this year, the stock has gained almost 600%. 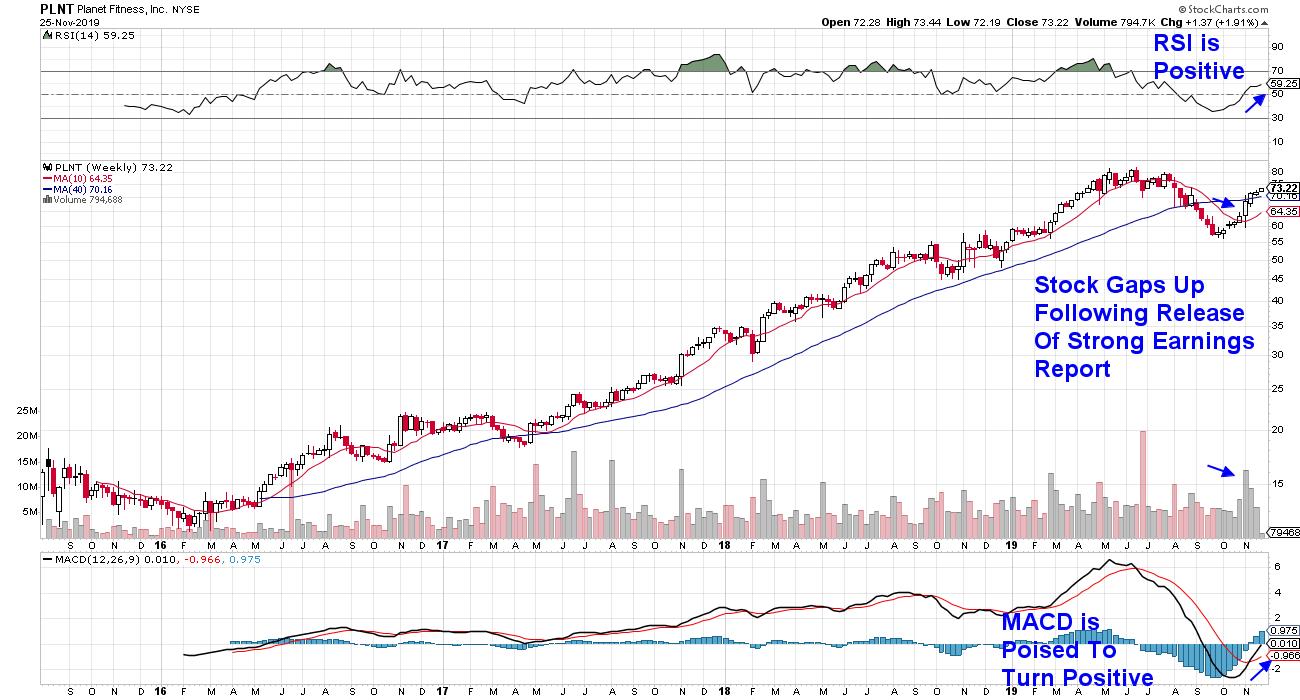 Planet Fitness took a tumble in late June before the release of their 2nd quarter 2019 earnings, which saw a drop in same-store sales that worried investors. The company put those worries to rest with the release of their 3rd quarter results earlier this month. In addition to reporting an increase in same-store sales, the company reported earnings and sales that were ahead of estimates while also guiding higher going forward.

The best news? The stock has reversed its recent downtrend on increased volume and is now poised to trade higher following more good news that they're expanding globally. The pickup in volume as the stock broke back above its key moving averages really makes the stock attractive.

For those who'd like to be alerted to similar stocks poised to outperform the markets, take a look at my MEM Edge bi-weekly report. PLNT was on our List before its drop in late June, but we were able to replace it with other winning stocks. You can take a trial at a nominal fee by using this link here!