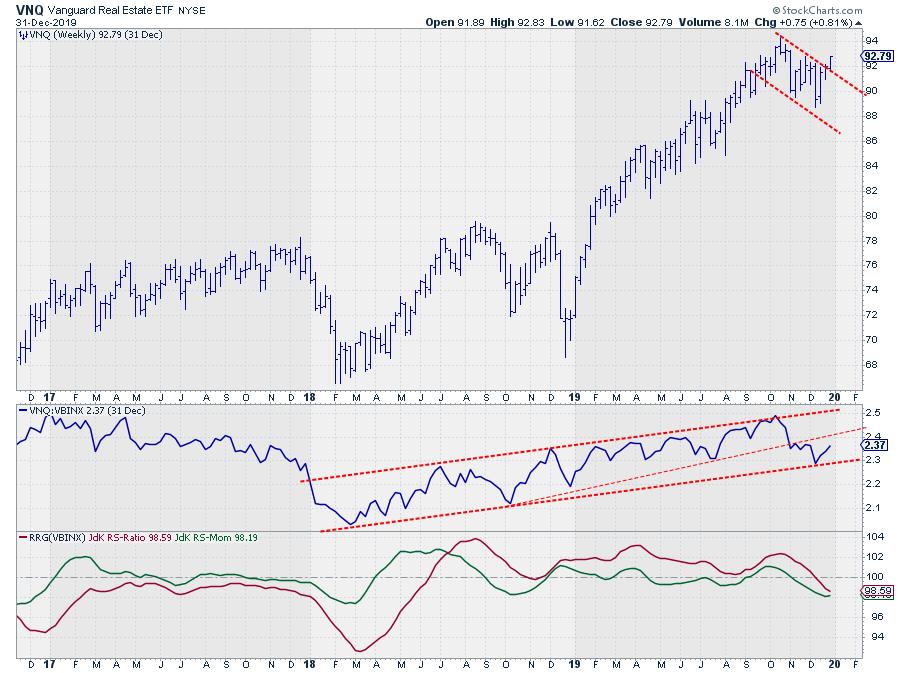 Weekly price chart of VNQ with Relative Strength and RRG-Lines

On the weekly price chart above, VNQ just broke out of a downward sloping consolidation/correction in upward direction. On the weekly RS-Line, the recent low now connects with the lows that were formed in 2018, so that a meaningful trend line (support-) can now be drawn connecting those three lows. 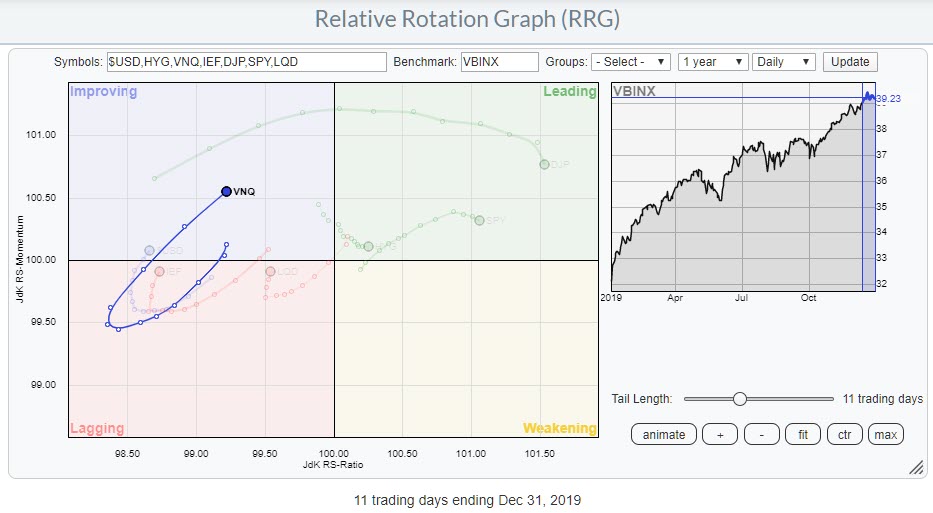 This improvement is already becoming visible on the daily RRG, where VNQ rotated back from lagging into improving with an increasing RRG-velocity (distance on tail from day to day).

Although it is very early given the position on the weekly RRG, I think there are enough signs that warrant some extra attention for VNQ/Real Estate in the coming weeks. Will it be the surprise asset class for Q1-20?