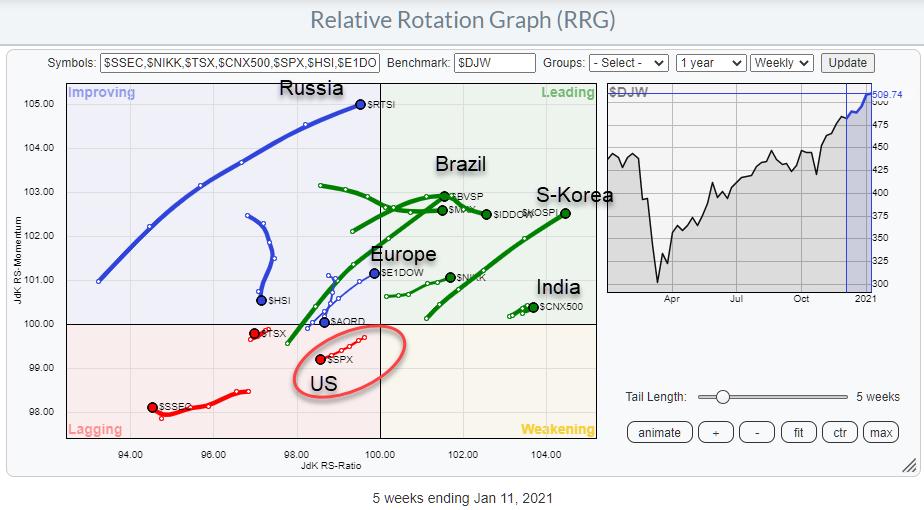 One of the Relative Rotation Graphs that I like to keep an eye, in order to monitor the bigger picture, is the RRG that shows the rotations for international stock market indexes against the DJ Global index, as shown above.

What we see here is a cluster of markets inside the leading quadrant, with the majority pushing deeper into it at a strong RRG-Heading. $SPX is inside the lagging quadrant and moving further into negative territory at an RRG-Heading between 180-270 degrees - which means it is losing strength on both scales.

On the opposite side, Brazil's Bovespa Index ($BVSP) is stealing the show inside the leading quadrant. 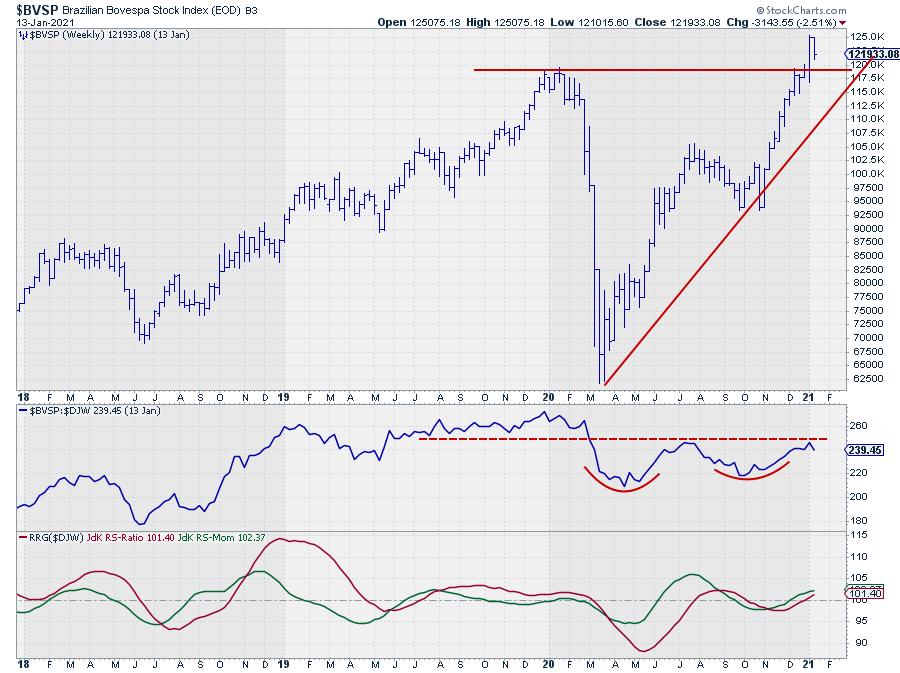 Last week, the Bovespa index broke to a new all-time-high, and so far the pullback is holding up well this week, with only one more day to go.

The relative strength vs. the DJ Global index has put in a higher low in September and is now pushing against a horizontal resistance level.

I am watching for the break in price to hold up and eventually pull the relative strength line above its resistance, which will push Brazil deeper into the leading quadrant.