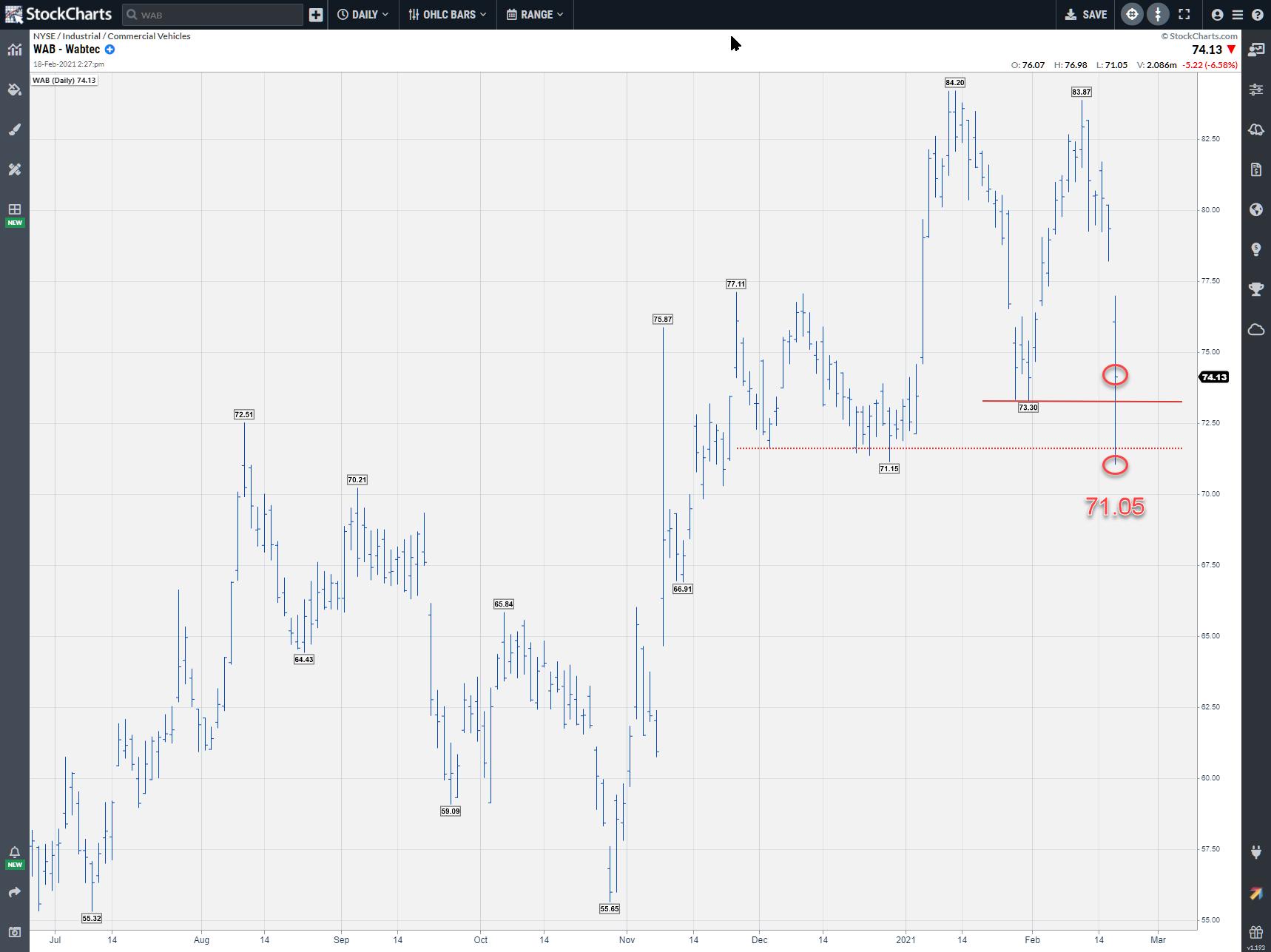 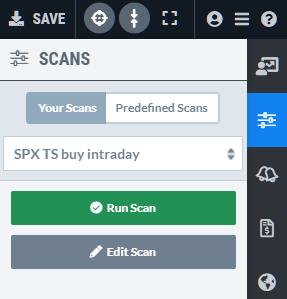 One of the BIG improvements or advantages in ACP is the fact that I can run a scan in the side-bar, then immediately click on the symbol to bring up the chart.

One of the scans that I use frequently is the 'Turtle Soup" scan on intraday data. Those of you who have added the Turtle Soup scan from one of the articles that I wrote on this setup (by Larry Connors and Linda Raschke) can simply open this scan and run it within ACP. 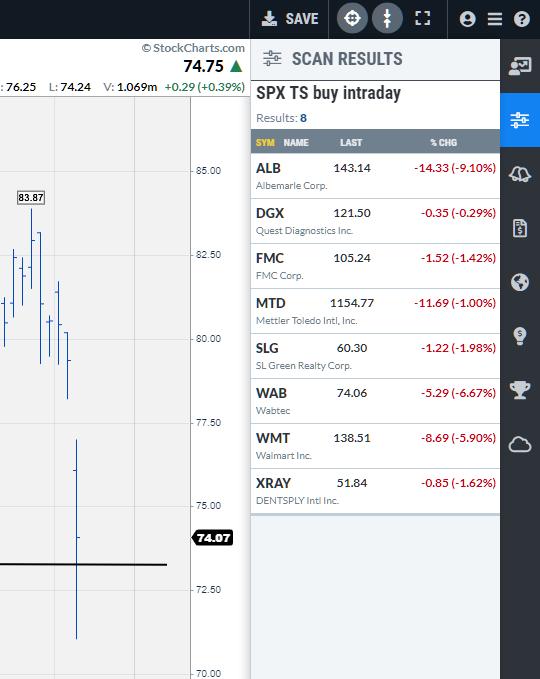 Today, around 2:20pm, this scan showed the following tickers:

And the fact that they are listed in the side-bar enables me to simply click on the symbol and bring up the chart.

While browsing through the list I noticed the chart of WAB. Earlier today, the price dropped below its 20-day low, which was at 73.30, to find a low at 71.05. Out of that low, the price then rallied back above that previous 20-day low, which triggers the setup. So, in this case, the trade was triggered/entered just above 73.30, say 73.50. And following the rules of the setup ,a stop-loss should be placed just below today's low, i.e. ~71.

Additional confidence to enter this trade can be found in the fact that today's low is formed in a longer-term support zone between 71.00-72.50. 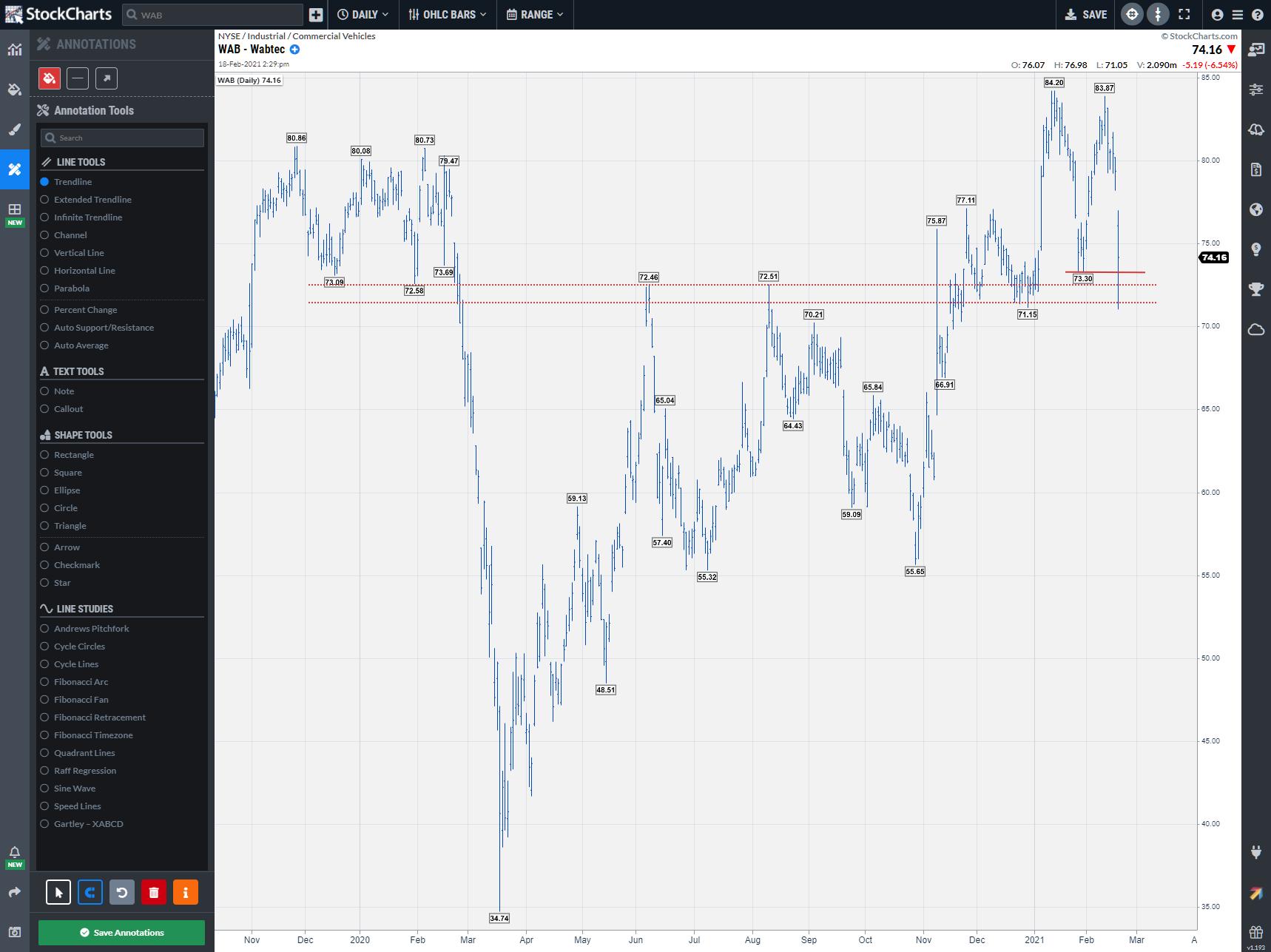