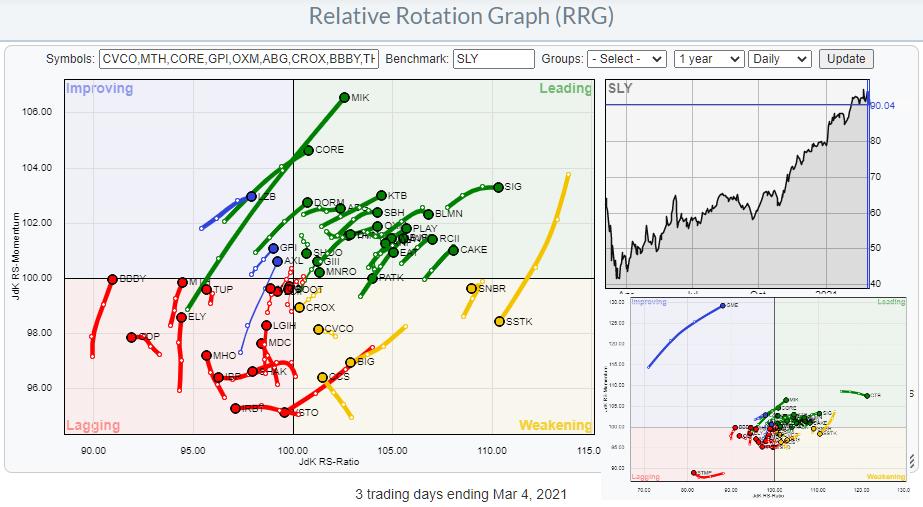 Recently, I have been talking and writing about small-cap sectors and especially how the small cap segment in the consumer discretionary sector, the PSCD ETF, is currently diverging from its large cap counterpart, XLY. For this article I have collected the top 50 members in PSCD (Invesco), and there are actually 91 stocks in this ETF.

The small RRG in the bottom right corner shows the image with those three stocks in the picture and, as you can see, they completely distort the image because they are so far out. Especially GME. For obvious reasons.... 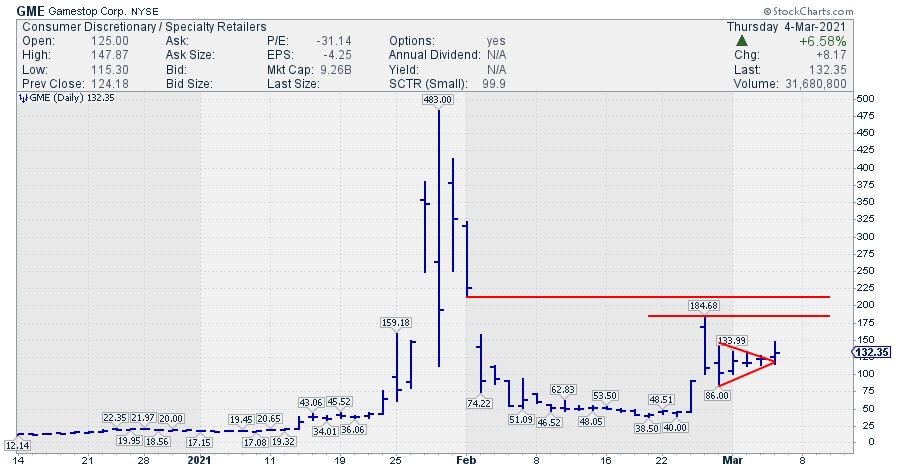 When I started writing this article I thought to have a real click bait headline, something like "Really GME... You again?" but decided against it. That was firstly because I'm really bad at coming up with clickbait headlines and, secondly and more importantly, because this stock is more in the gambling department recently than a serious investment...

BUT, the tail on the RRG speaks volumes so I'll add a small chart.

With the market (SPY) in sell mode, GME broke away from a small consolidation pattern that formed over the last three to four days. This adds to the relative strength, and the break from the consolidation in itself is a strong sign technically.

Focusing on the other members of the PSCD universe, a few interesting names popped up. KTB, CORE and DORM are showing nice rotations on the daily RRG. 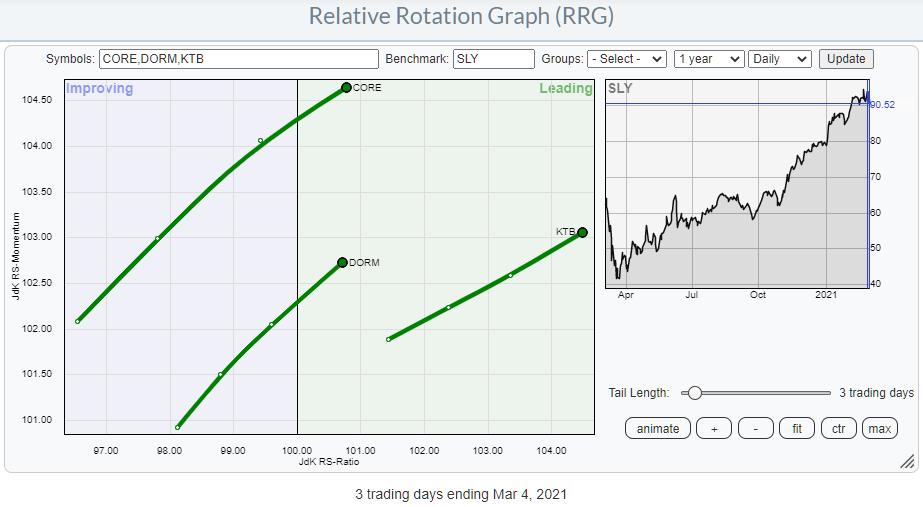 All three show nice charts breaking to new highs, which is a strong sign when the market sells off. I picked KTB as my chart for the day here. 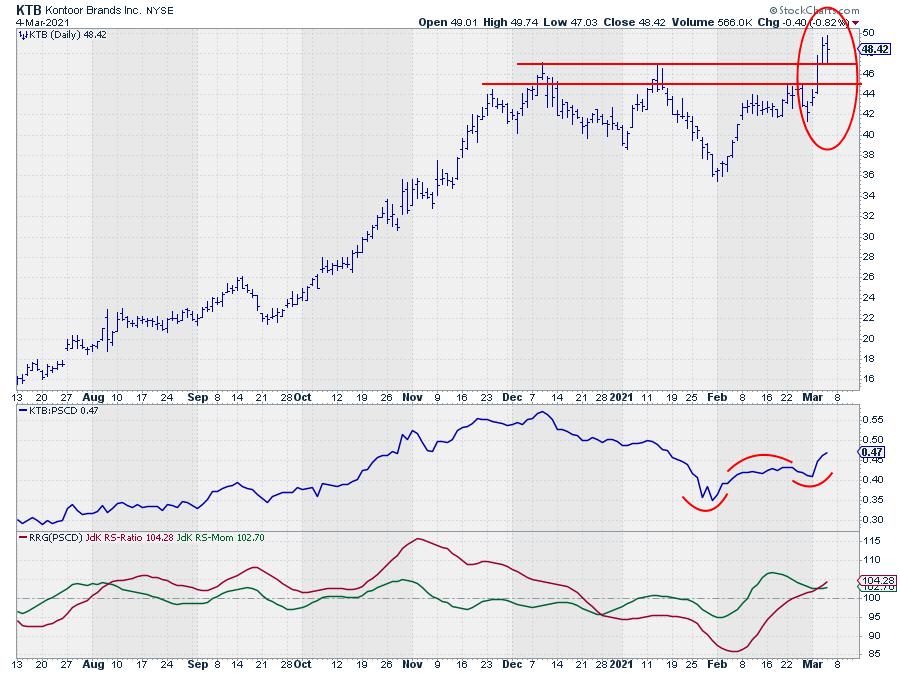 The strong rotation on the RRG comes from the turn around that is underway in relative strength. The move lower since early January has come to an end and the RS-Line just broke above its previous high, which starts a new series of higher highs and higher lows.

Yesterday, KTB broke to a new all time high as it cleared overhead resistance at ~$47. Today, it is holding up well above that level, despite the drop in SPY, SLY and PSCD.

All in all, this makes KTB a stock worth keeping an eye on and potentially trade from the long side. The downside should now be well protected around $47, which gives excellent opportunities to put stop-losses just below that level, while the upside is not capped by any resistance levels nearby.