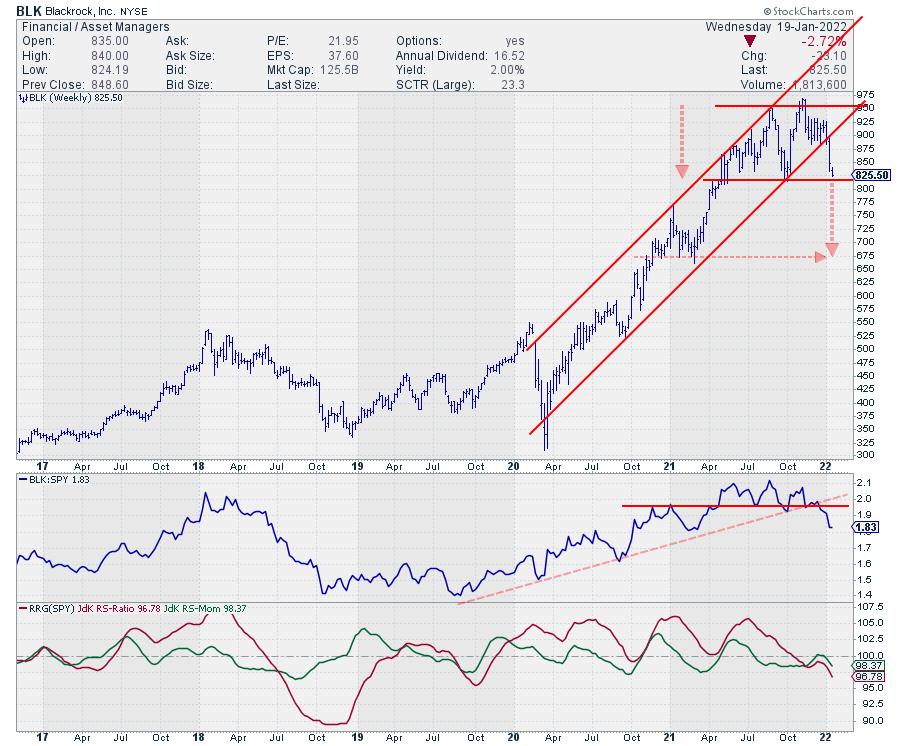 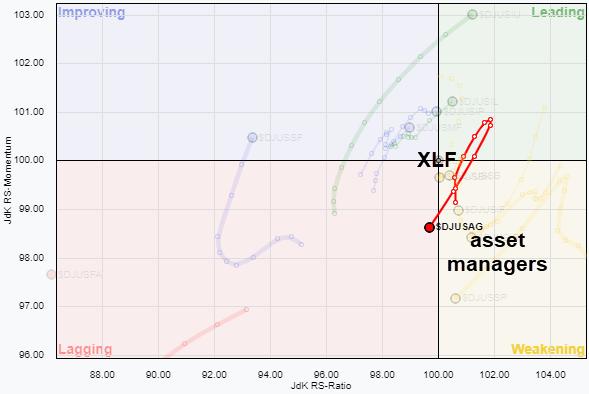 While looking at the Financial sector, I noticed that the group Asset Managers is currently at a very weak rotation against the S&P, as well as its sector index XLF.

After returning into the leading quadrant from weakening, which is usually a strong sign, $DJUSAG rapidly hooked back and rotated from leading into weakening in a few weeks' time. This week, the group is entering the lagging quadrant.

Blackrock (BLK) is the biggest player in this group. After a strong rally out of the 2020 low, Blackrock failed to convincingly push above its previous peak, putting the uptrend on hold. For two months, the price managed to consolidate above the rising support line, but, last week, a sharp drop took BLK below rising support, signaling further weakness.

This week the price is approaching an important support level between 815-820. A break below this level will complete a big double top formation and confirm the end of the uptrend.

If and when such a break would occur, we can peg a price target around 675 for the (then-expected) acceleration lower (roughly 18%).