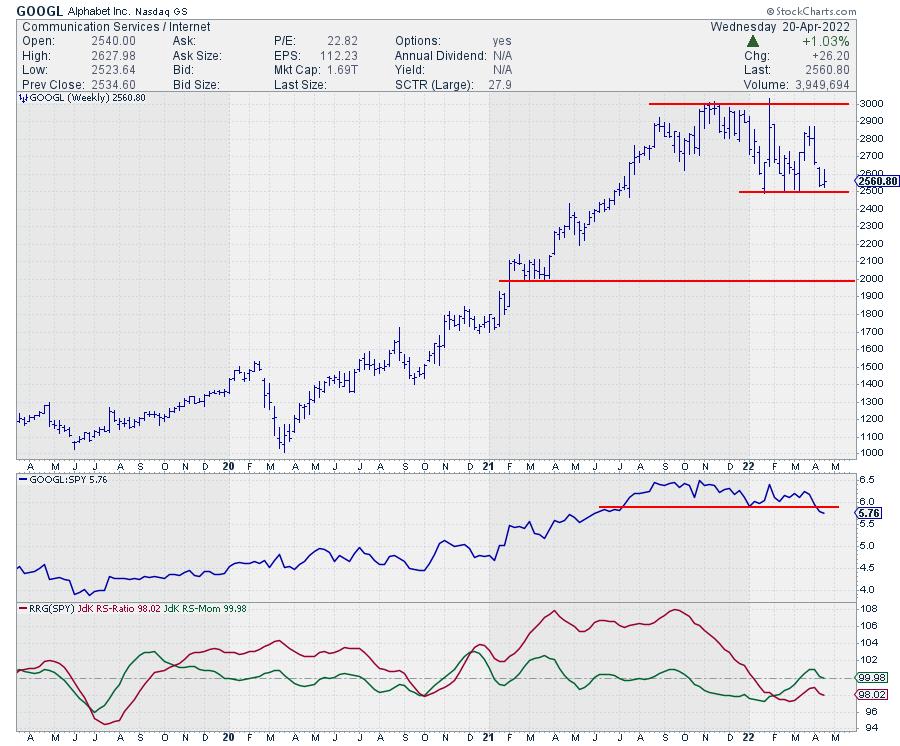 When I brought up the Relative Rotation Graph showing the NYFANG components against $SPX, I made a few interesting observations.

However, when I inspect both of their price charts, I still see a lot of risks. The tails on BABA and BIDU are now strongly rotating back down to the lagging quadrant, which completely confirms their weak price charts.

The tail that I want to focus on for this article is GOOGL (Alphabet). 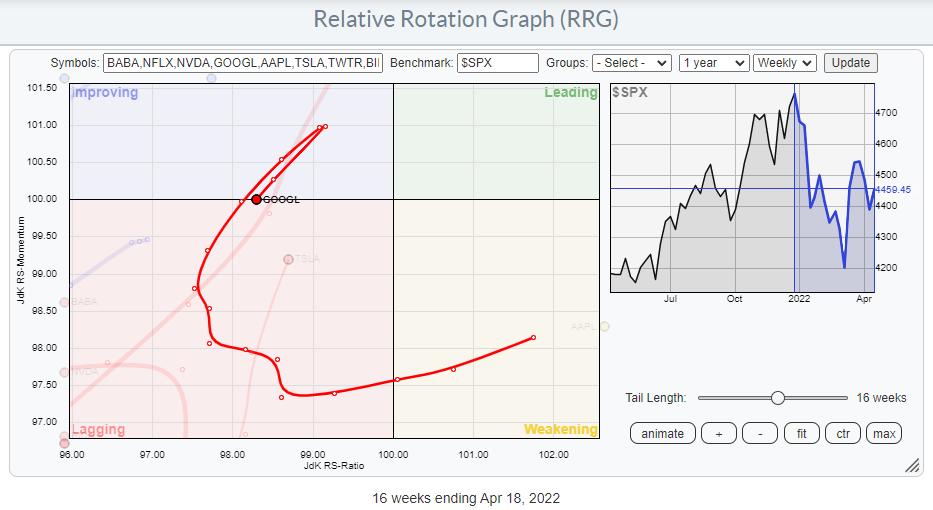 As you can see on the blown-up RRG, GOOGL made a sharp hook back down to lagging after briefly traveling through improving. Usually, that is not a good sign. And when I look at the price chart, I think this time is no different.

Since the start of this year, GOOGL already tested support near 2500 three times already and is close to a fourth. Relative strength has just broken its floor and is likely to accelerate lower.

Breaking that 2500 support level on the weekly chart (meaning we need to see a Friday close well below 2500) will be a significant deterioration for this chart and likely cause an acceleration lower in price as well. Based on the height of the pattern (range between 2500-3000), a target price can be pegged around 2000.

About the author: Julius de Kempenaer is the creator of Relative Rotation Graphs™. This unique method to visualize relative strength within a universe of securities was first launched on Bloomberg professional services terminals in January of 2011 and was released on StockCharts.com in July of 2014. After graduating from the Dutch Royal Military Academy, Julius served in the Dutch Air Force in multiple officer ranks. He retired from the military as a captain in 1990 to enter the financial industry as a portfolio manager for Equity & Law (now part of AXA Investment Managers). Learn More
Blog Archives
Previous Article