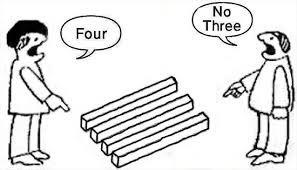 I had breakfast the other day with a group of friends, and we spent the morning discussing what it meant to be ‘in the Zone’.  Interestingly, we had four very different perspectives.  One person came from a professional athletic perspective, another was a race car driver, another was a minister and then there was myself, a stock trader.  Let’s face it, by any one’s bench marks, we represented a wide spectrum of perspectives about what it takes to be ‘in the Zone’.

We bounced philosophically across a wide landscape, but surprisingly found common ground that is best described as “precise reality based upon factual truth.”  We finally settled upon the fact that anything that gets in the way of allowing one to embrace reality and the naked truth of the situation hinders attainment of the “zone”.

We discussed numerous barriers that stand in the way of this enlightenment.  Overconfidence can distort reality.  Known and unknown personal beliefs will filter the truth.  Stress can color a situation and paint false impressions.  Fear can lead to panic that diminishes clarity.  Denial in all its forms results in unreliable readings of a situation.

Being too emotional leads to the dreaded four I’s:  Impulsiveness, Impatience, Indecisiveness and Inconsistency.  All of these distort one’s comprehension of the true facts.  Each of these can prevent you from truly seeing an unfiltered reality and therefore executing the most appropriate response for dealing with the existing reality as it presents itself.

In other words, the closer one is able to align his or her personal perceived reality with actual reality surrounding any event, the better the likely result.  The more your perspective is colored, biased and influenced by your own filters and emotional baggage, the less likely you are to accurately see reality as it unfolds and therefore less likely to be able to respond with the most appropriate tool kit and with precision and exactness.

When your reality as a stock market trader matches the market’s reality, you will find yourself to be ‘in the Zone’.