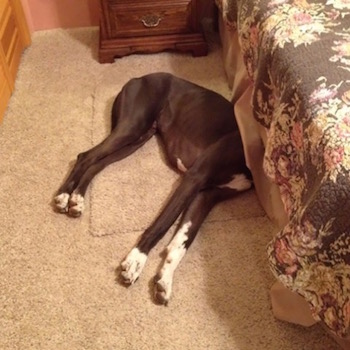 Michael Jordan is probably the greatest basketball player I have ever seen.  He wrote a book titled I Can’t Accept Not Trying:  Michael Jordan on the Pursuit of Excellence which lays out his rules for success.  This book is of interest to us as traders even though we pursue excellence in a totally different vocation.  The parallels between Michael Jordan’s success and our investing world are uncanny.

A few years ago, my trading buddy and I gifted the same Christmas present to one another by sheer coincidence.  It was Michael Jordan’s book.  In the copy I gave my friend, I had methodically crossed out the word “basketball” and substituted it with the word “trading”.  My point was to show these parallels.  I’m sure Michael Jordan was not even aware that he was writing a sensational book on successful investing.  To excel in trading, as in sports like basketball, one must subscribe to the same universal truths.  Valuable investment lessons can be gleaned from exceptional individuals all around us.  Therein lies the secret.

The one recurring attribute I’ve seen in those students of mine who become consistently profitable investors is their wholehearted acceptance of the notion that the secret to successful investing does not reside in some indicator but within the ‘investor self’.  You know when you have truly embraced the investor self because you’ll become aware of investing lessons all around you.  You’ll look for them and you’ll find them.  Poker players always say that it’s critical to know your individual “tell”.  Poker is a game that is, like investing, based on limited information and probabilities.  A tell is the personal trait or demeanor that can disclose a player’s true feelings about his or her poker hand.

In my mind, an investor’s “tell” is when you read a Cadillac advertisement and are convinced it was written about stock market trading.  When that happens, I’d say “welcome to the club!”   Here’s what I mean.  This is how I’d paraphrase the advertising copy from Cadillac’s recent marketing pitch:

Cadillac ad:  It is not the critic who counts;

Gatis:  It’s not the chorus of critics who count – just your own inner critic.

Cadillac ad:  The credit belongs to the man who is actually in the arena,

Gatis:  The credit belongs to the person who is actually investing dollars and making a trade,

Gatis:  who strives valiantly to improve his or her efforts;

Cadillac ad:  who errs, who comes short again and again;

Gatis:  who errs, who comes up short again and again but each time less and less;

Gatis:  who knows enthusiasms and disappointments but slowly mitigates both extremes;

Cadillac ad:  who spends himself in a worthy cause;

Gatis:  who spends himself in a worthy cause of importance and meaning to himself;

Cadillac ad:  who at the best knows in the end

Gatis:   who at the best knows in the end success will be achieved

Gatis:  the triumph of high achievement being the result of disciplined apprenticeship,

Cadillac ad:  and who at the worst, if he fails,

Gatis:  and who at the worst, if he fails, the size and frequency of the failures diminish even if they never disappear,

Gatis:  at least fails while daring greatly in a personally satisfying quest.

In closing, I wanted to share my four favorite quotes from Michael Jordan.

P.P.S. For both convenience & consistency, please click HERE to automatically receive my blog once a week as soon as it comes out.