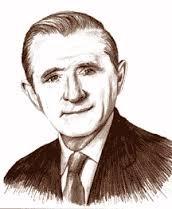 As markets make new highs, investors often befriend a dangerous new companion.  He’s the greedy little devil that sits on your shoulder and whispers in your ear – assuring you that this market will make you wealthy as he coaxes you to buy more and ignore the naysayers.

As I write this blog, the S&P 500 has soared nearly 300% since March of 2009 while other markets are also hitting new highs.  Without entering into a debate about market timing, I feel it might be prudent to revisit the sage advice of Wall Street legend Bob Farrell who had a front-row seat to a number of epic go-go markets in the late ‘60s through some brutal bear markets until he retired at the end of 1992.  These are ten of Farrell’s most famous observations:

1.    “Markets tend to return to the mean over time.”  For those of you who’ve taken statistics, you know exactly what this refers to:  stocks often move too far in one direction as euphoria or pessimism clouds people’s thinking.  Investors lose perspective and start believing the little devil on their shoulders.

2.    “Excesses in one direction will lead to an opposite excess in the other direction.”  I think of it like bungee jumpers whose cords stretch out and then compress multiple times before they come to rest or achieve equilibrium.

3.    “There are no new eras – excesses are never permanent.”  As the latest hot sector climbs higher and higher, you inevitably hear variations of the chorus shouting “it’s different this time”.  Of course, human nature does not change so it never really turns out to be any different.

4.    “Exponential rapidly rising or falling markets usually go further than you think, but they do not correct by going sideways.”  The smart money locks in profits which leads to significant selling and inevitably to a correction.

5.    “The public buys the most at the top and the least at the bottom.”  It’s been this way since humans invented commerce.

6.    “Fear and greed are stronger than long-term resolve.”  Research in behavioral finance has shown that stock market gains make us exuberant; they enhance well-being and promote optimism which makes investors like to buy.  Losses, on the other hand, bring sadness, disgust, fear and regret.  Fear increases the sense of risk which thereby makes investors shun stocks.

7.    “Markets are strongest when they are broad and weakest when they narrow to a handful of equities.”  Think of it as strength in numbers.  Broad breadth (i.e. market participation) and big volume is important.  When wide ranging momentum channels into a small number of stocks, the top is near.

9.    “When all the experts and forecasts agree, something else is going to happen.”  Farrell suggests that patient buyers who raise cash in frothy markets and reinvest when sentiment is darkest can profit nicely.

10.    “Bull markets are more fun than bear markets.”  It has been my observation that historically the markets have rewarded optimists to a far larger degree than pessimists.  I prefer to play in the bulls’ camp.