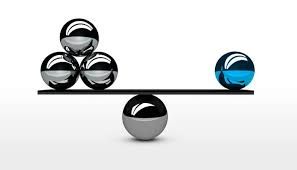 A quarter century of investing yields one paramount conclusion. Venture capitalists have known this forever. Professional sports teams as well. Investors have been a little slower on the uptake.

Venture capitalists will tell you that if you invest in one company like Netflix, Salesforce or Google, it will make up for an awful lot of losers. The New England Patriots know that drafting one Tom Brady in 2000 is why they have won six Super Bowls. Similarly, I can attest to the fact that as an investor all these years, my two main concerns were not hitting a grand slam stock pick or making zillions of dollars. I’ve said this before — if your paramount focus with investing is to pick the next Google and make millions, you’ll underachieve.

My two main concerns were always (1) to minimize my risks and (2) to acknowledge that single base hits are okay. No need to swing for the fences. Having said that, along the way, I bought stocks like Amazon, Microsoft, Visa and Mastercard  — to which I held on for an exhilarating ride that paid for all my losers many times over.  My point being, they happened in the normal course of business.

But these “Ten Baggers”, as Peter Lynch use to call them, don’t just walk up to you and knock at your door. It takes a lot of base hits for you to eventually hit a couple out of the park. This blog is about making certain that you have a system to regularly get on first base — which will make it possible for you to occasionally get some of those “out of the park” hits.

I should add that this best of breed approach works equally well for stocks, ETFs and mutual funds. Don’t try to tell me that individual stocks are the only way to hit it out of the park. My T. Rowe Price (PRGTX) has outperformed the market by 300% and Prime Cap Odyssey (POAGX) has outperformed by 200% which is still out of the park. Many of my readers and students have told me that my “Best of Breed” methodology is a dependable profit enhancer. I can assure you it has been for me.

To get the “Full Monty” or the most benefit from this blog, I’m going to ask you to do a  little refresher course on the “Best of Breed” methodology. I’ve written three previous blogs on various aspects. Consider the prior three blogs as Stage 1, Stage 2 and Stage 3. This blog enters new expanded enhanced territory so we’ll consider this to be Stage 4.  Please review Stage 1, Stage 2, and Stage 3.

This  Stage 4 enhancement came about from two ongoing frustrations and challenges with the “Best of Breed” methodology, as it previously existed:

What I’ve done now is something I call “Stage 4” which works nicely. I have created a separate ChartList. I’ll use the Emerging Markets asset class as my example. I have a ChartList — 10.0 — which consists of the twenty asset classes in which I actively invest.

In the Tensile Trading ChartPack, ChartList 10.07 holds charts of all 59 asset classes from our book where we reduced the thousands of crazy asset classes out there and distilled them down to the essential 59 global asset classes. In my 10.0 ChartList, the Emerging Markets chart is labeled #34 and it looks like this.  Remember, I can only plot ten symbols.

With Stage 4, I’ve installed a new ChartList 335-34 Emerging Markets, and in it, I’ll find all the candidates I’ve considered in the past as well as my present ten candidates. Adding a ticker symbol to this ChartList is quick and easy, and because it is now archived, I can reconsider it once again sometime in the future. I also don’t waste my time re-evaluating the same ticker in three months since it’s already in the ChartList and failed to make the grade. I also don’t lose a potential winner that came to my notice previously.

So with space constraints vaporized, I can archive all the Emerging Markets ETFS and mutual funds that I’ve researched so that I can revisit them easily at any time. 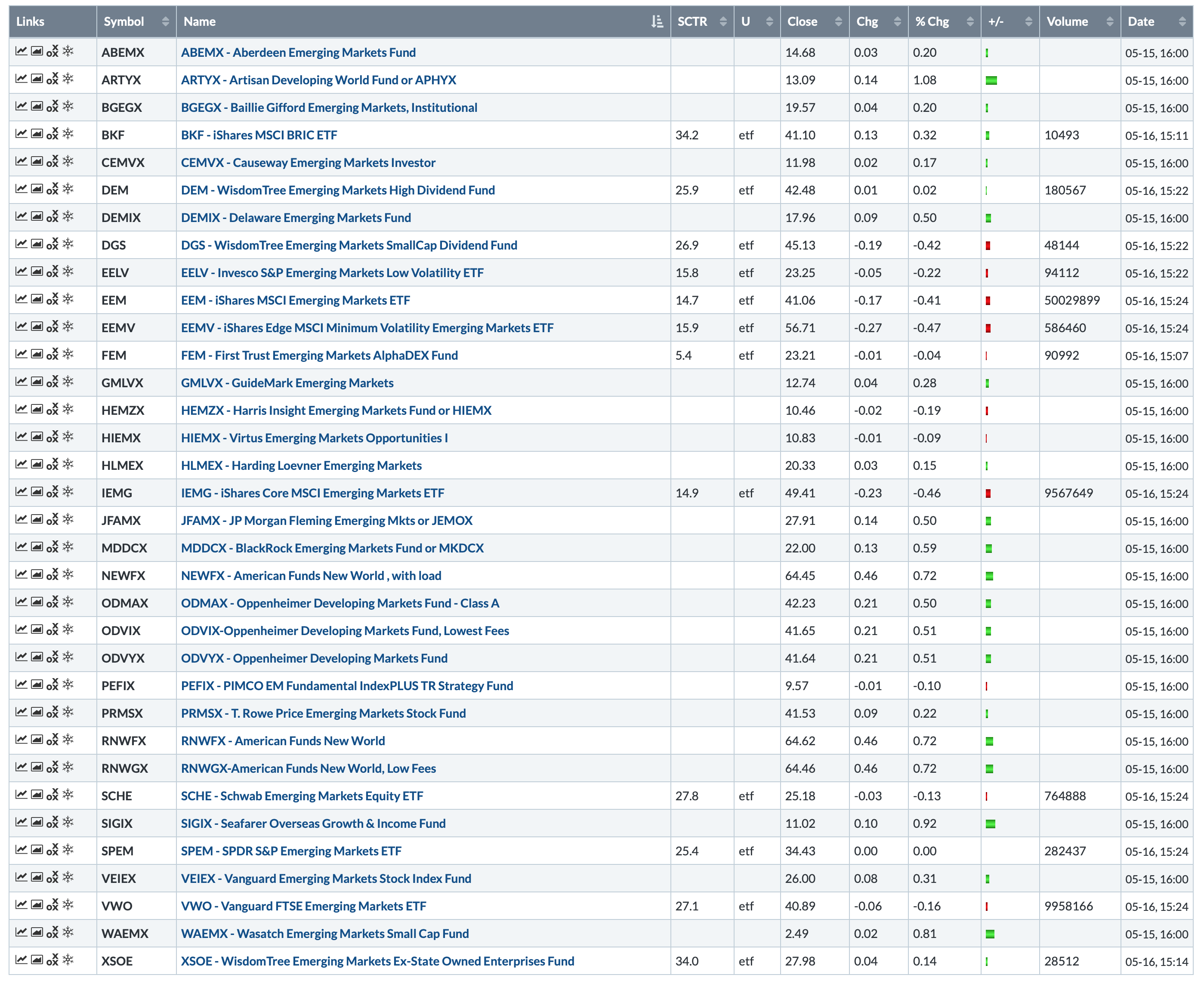