The broader markets have taken quite a hit over the last several days. While some indicators are close to being in oversold positions, the upside momentum may well have shifted. 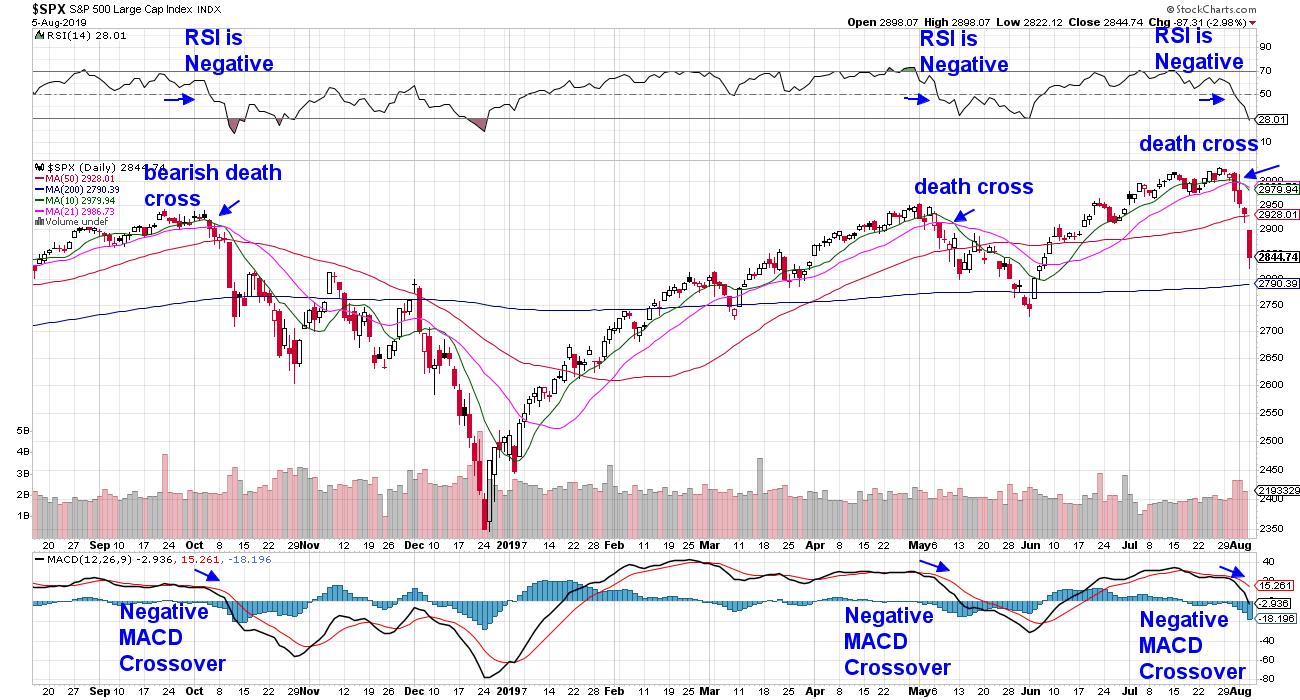 In the daily chart of the S&P 500 above, I've highlighted when the shorter term 10-day simple moving average has crossed below the 21-day moving average. This occurred today; it is only the third time over the last 10 months that we've seen this. The other two times were in October, which was the start of a bear market, and in May, which preceded a 10% correction.

The RSI and MACD are also shown as having simultaneous negative signals. The other key component that provides confirmation is volume, and we certainly saw well-above-average activity today in line with October and May.

While the death cross is considered more of a secondary indicator, I would argue that it's worth paying attention to, given its early signal warning for the last two recent periods of painful weakness.

Given the swift decline we've seen over the past several days, we undoubtedly are due for a bounce. Should we see a rally that puts the S&P 500 Index back above these key moving averages, this would signal the beginning of a positive shift in momentum.

For those who would like to be alerted to this positive shift or are interested in ways to counterbalance the negative bias that's currently in the markets, I urge you to subscribe to my MEM Edge Report. In addition to receiving regular bi-weekly updates, subscribers receive more frequent updates during difficult periods, such as now. If you use this link here, you'll be able to trial this timely report for a nominal fee.

About the author: Mary Ellen McGonagle is a professional investing consultant and the president of MEM Investment Research. After eight years of working on Wall Street, Ms. McGonagle left to become a skilled stock analyst, working with William O’Neill in identifying healthy stocks with potential to take off. She has worked with clients that span the globe, including big names like Fidelity Asset Management, Morgan Stanley, Merrill Lynch and Oppenheimer. Learn More
Blog Archives
Next Article