It was a wild week on Wall Street as the markets continued to gyrate in response to the latest trade related headlines. Those who went on vacation for the week may have been served best as a market that was down as much as 3.8% at one point, closed with a loss of ½ percent.

That said, a closer look by that returning vacationer would in fact show cracks beneath the surface as investor's fears of a trade war drove a distinct divide into the markets.

Let's look at Consumer Discretionary stocks which stand to be the most negatively impacted by September's round of tariffs against China. Just 2 weeks ago, Apparel & Shoe Manufacturers and Consumer Electronics to name two, were hitting a new high while Discount and Clothing Retailers were lining up to reverse recent downtrends. Each of these areas has gotten hit hard since Trump's announced tariffs with losses ranging from 8%-11% and these stocks appear poised for more downside.

Semiconductor stocks are another vulnerable area that stand to lose from any strife with China as most of these companies derive at least some of their revenues from there.  Trump's comments today that targeted China's largest Tech company Huawei, was another blow to the group. Semis are another area that has stocks that are being harder hit than others after recently reaching new highs.

Outside of these areas, there are sectors that are not only offering a haven from the volatility occurring elsewhere, there are stocks within them that look quite attractive.

The Healthcare sector is one place to look.  This generally defensive area has stocks that not only perform relatively better in a tough environment, select names have growth prospects from innovative medical product developments. One top candidate for review is Edwards Lifesciences (EW) which just reported strong quarterly earnings and sales growth late last month. The stock gapped up in price and now appears poised for more upside as analysts are raising estimates for this year and next. 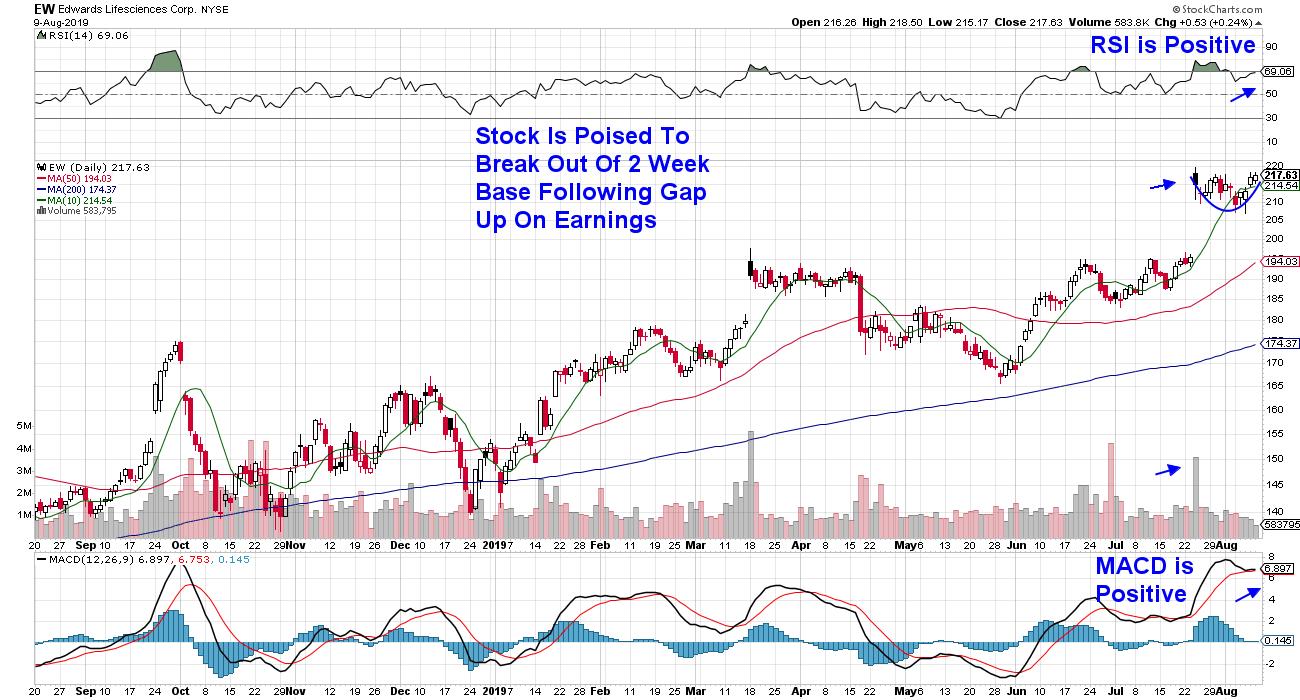 Another area to pay attention to is Defense related stocks as spending in this area will continue to be spurred by increased military spending. Mercury Systems (MRCY) is a smaller name that's in a similarly bullish position after gapping up on strong earnings. 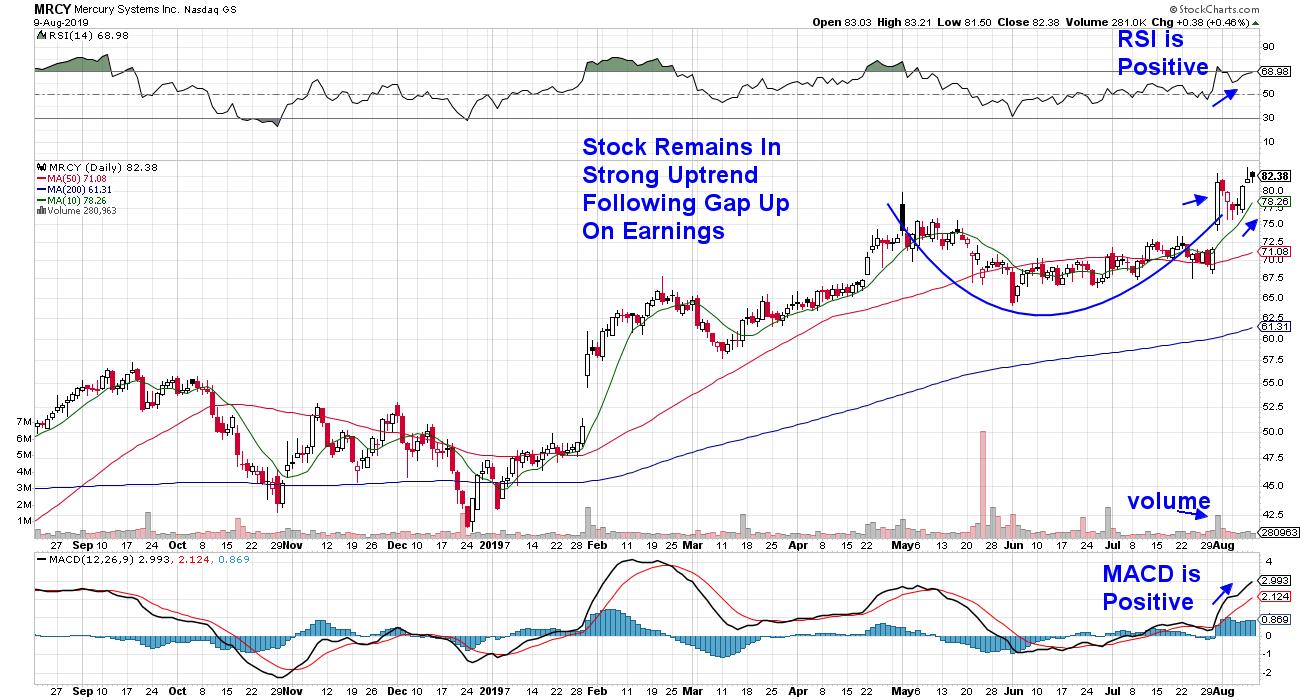 And lastly, Real Estate Investment Trust stocks (REITs) have been very strong of late as their higher yields as well as the low interest rate environment is creating a perfect storm for many of these stocks. A prime candidate in this area is Store Capital (STOR) as this 3.6% yielder just broke out of a 6-week base on volume. The recent rally has put STOR extended out of a buy zone but it can be bought on any pullback. 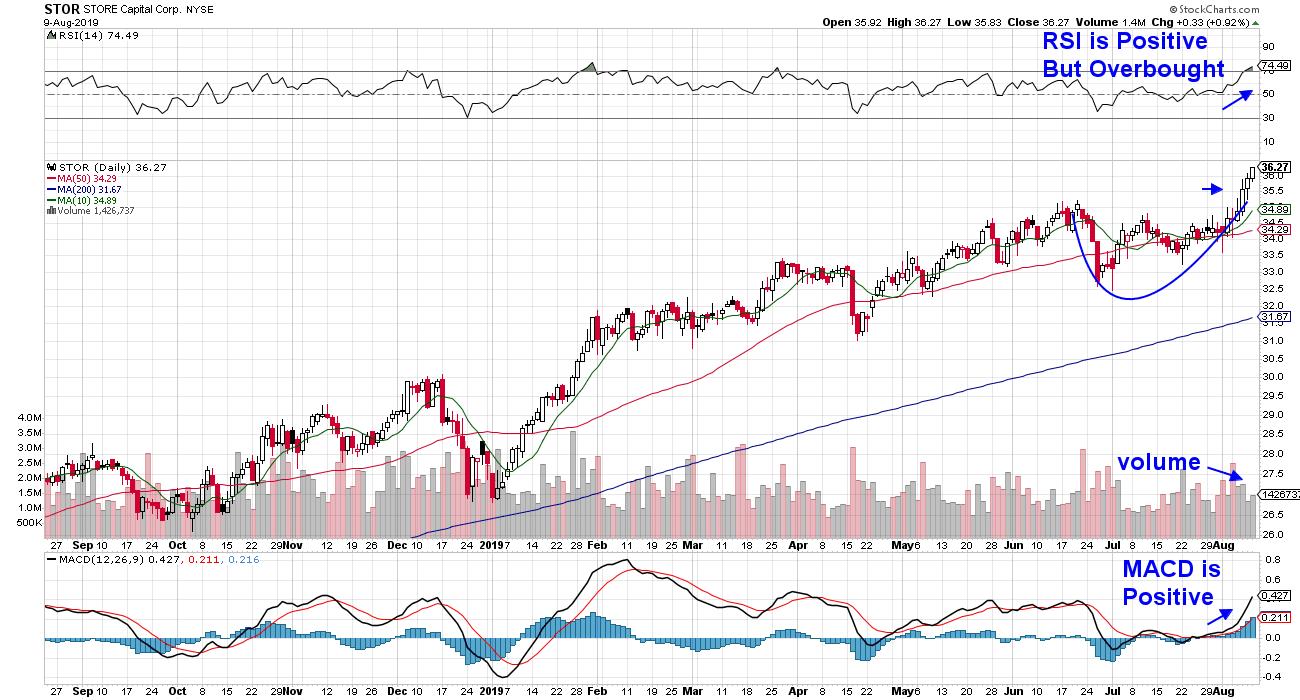 Of the stocks highlighted above, two of them rallied over 3.5% during a difficult week in the markets which shows exceptional relative strength. Subscribers to my MEM Edge Report were alerted to both of these stocks. For those interested in receiving similar alerts with marked up charts of exceptional buy candidates, take advantage of this trial offer at a nominal fee.