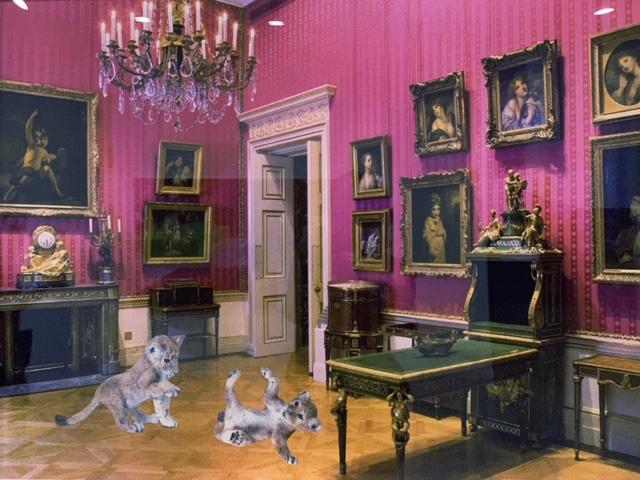 To follow up on the daily article featuring the weekly channel in Biotechnology (IBB):

Since this is a weekly chart, what matters most is the weekly close. That means that, intra-week, we can consider price movements, but cannot consider a legitimate channel break up or down until the closing price on Friday. A weekly close over the 128 area would be a good reason to believe new highs are imminent. If that happens, technically, one should follow the price.

As for the rest of the Economic Modern Family, some are in the parlor while others are in the basement.

Those in the parlor are Biotechnology (IBB) and Semiconductors (SMH). SMH has returned (for now) above the bottom trendline. I say "for now" because she could easily be sent back to her room. Same with IBB - in the parlor, but, as mentioned, until the week ends, IBB should take heed that the two lion cubs are creating mischief.

As for the rest, Transportation (IYT) is struggling to hold 140, or the midpoint between March lows and May highs.

Retail (XRT) is doing better, but for how long? And better is a relative term. Our Granny is still well under the breakdown levels.

Regional Banks (KRE) looks weak under 35.00 - there is our prodigal son, heading for the basement.

The Russell 2000 (IWM) is struggling to stay in the kitchen as it sits on the lower wedge line thus far.

Moral of the story: You do not want a bull in a house full of antiques.