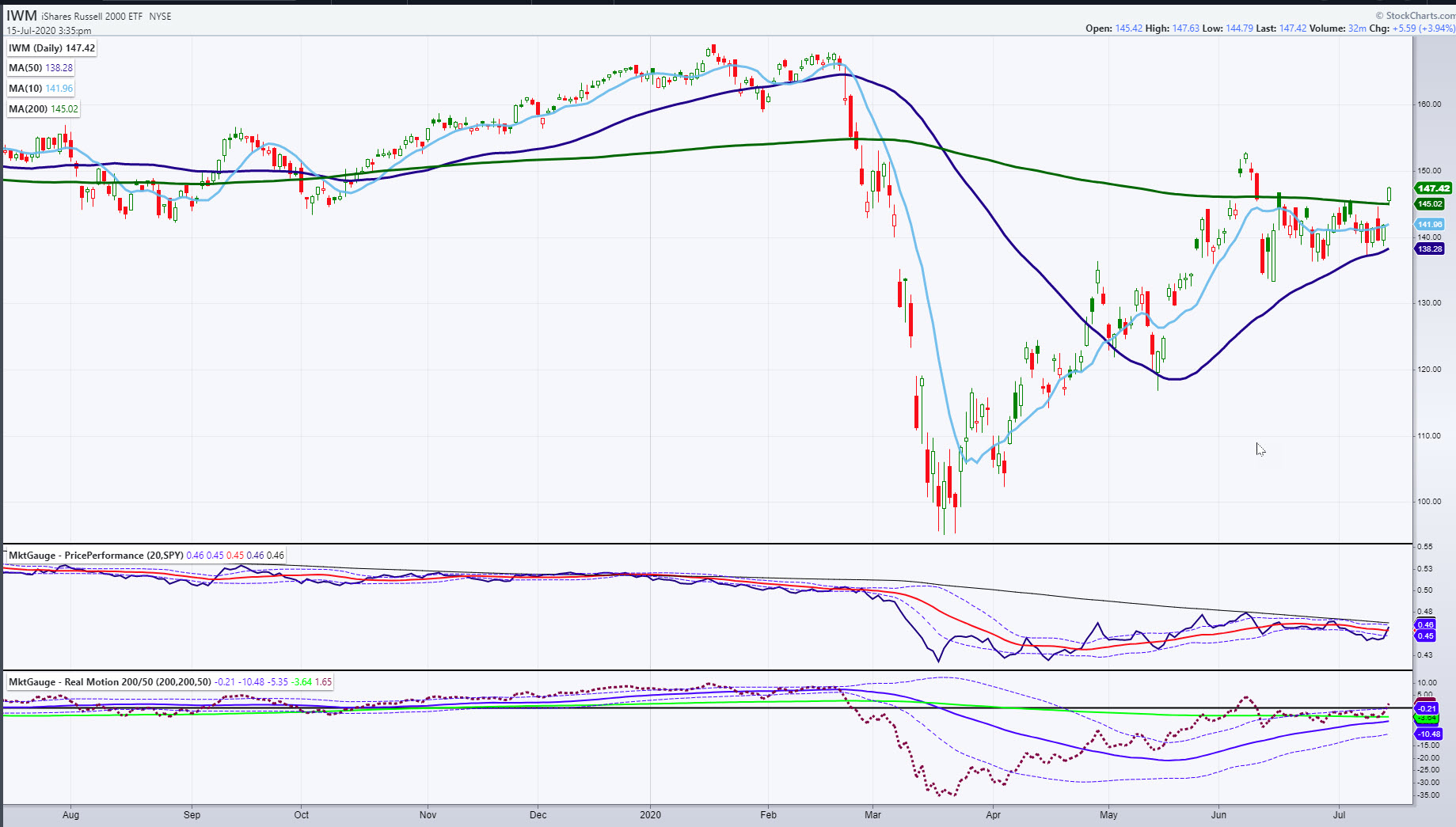 Last week I did a piece called "Granny Retail Hangs Tough". At the time, I noted "On the weekly chart, XRT is above the 200-week moving average, while her husband, Russell 2000 (IWM) is not."

Also, at the time I wrote, "XRT is in a weekly accumulation phase. Let that soak in... Furthermore, it is well outperforming our benchmark."

But perhaps the most important statement was this: "If XRT can clear... the 45.00 level in price on a weekly close, Gramps IWM and Transportation (IYT) are likely to follow."

Gramps not only followed, but today he took the lead! IWM crossed the 200-DMA for the second time since the February crash.

The first time was in early June, where IWM gapped over the 200-DMA only to break hard back below it 3 days later. However, IWM proceeded to spend several weeks consolidating in a range between 137 and 145, never breaking down under the 50-DMA.

So, is today any different? Well, there are two reliable indicators you can see on the chart. One is the price performance benchmark, which IWM exceeded (outperformed) by a smidge. The other is Real Motion, which was already declining when IWM ran over 150. Today, the RM indicator broke above the midpoint line (black). But even better is that RM crossed the 200-DMA before price did, acting as a leading divergence indicator.

Now, with price confirming momentum, we want to see a second-day close above 146 or the 200-DMA.

The Russell 2000 represents the US economy through manufacturing. As I have been writing about concerning the financial and retail sectors, "That is a better story for a projected improvement in the economy for the 4th quarter and beyond... The market is forward thinking."

One thing I will add is that I still believe in the stagflation scenario. This is why we should have fun, but also have a sound strategy as we plow through earnings season.