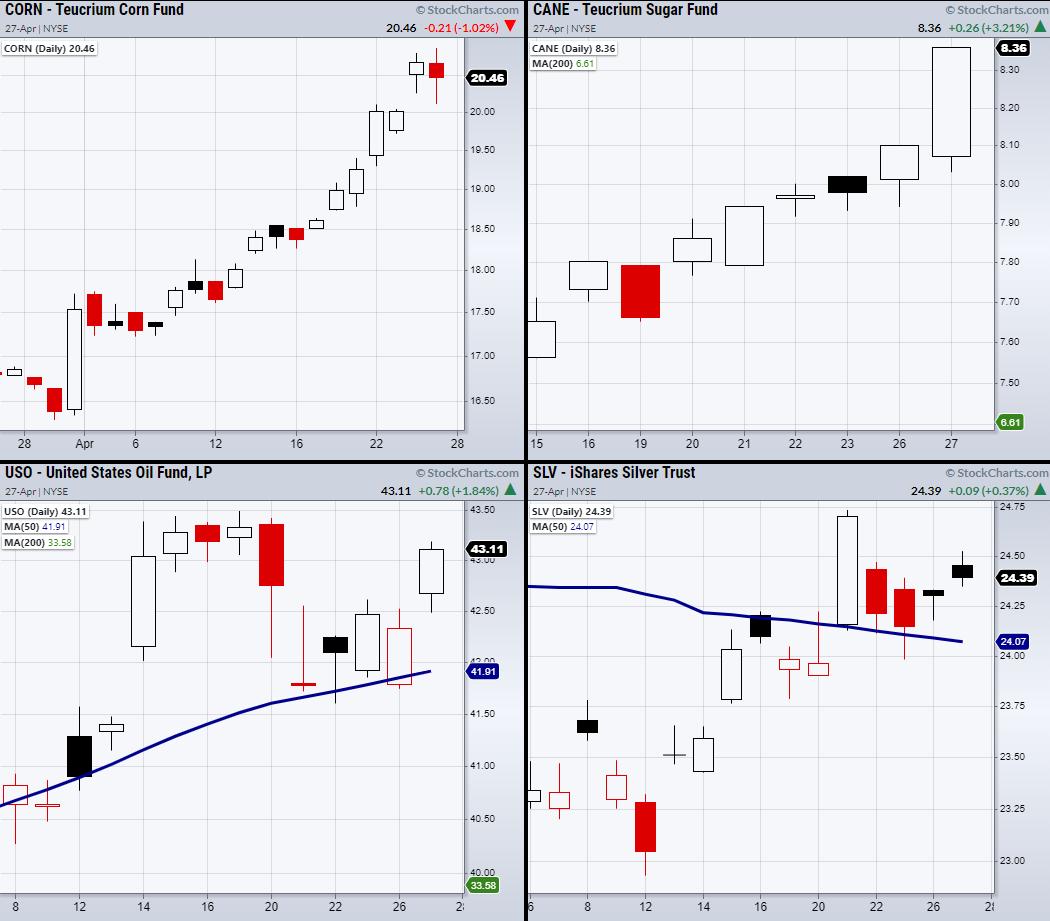 This week, three of the major indices, including the Nasdaq 100 (QQQ), Dow Jones (DIA) and S&P 500 (SPY), have been lingering near highs without the ability to break out. However, food commodities, such as corn (CORN), sugar (CANE), soybeans (SOYB) and more, have seen a consistent rise for the past month. Additionally, precious metals and oil made moves higher.

Both Gold (GLD) and Silver (SLV) have recently cleared their 50-day moving averages, with United States Oil Fund (USO) holding support from its 50-DMA on Monday. This could be showing that investor's risk appetite is waning as they look for other places to rotate money into.

Two reasons investors might be looking to rotate money are increasing inflation and potentially rising taxes. As we saw last week, the market sold off when news of the President's tax increase went live. We also know that the Federal Reserve is okay with letting inflation run hot while it continues to monitor the U.S economic recovery. While these reasons could be hindering the markets' ability to build up steam, they could also take a lot more time to play out.

On a better note, the transportation sector (IYT) made new all-time highs Tuesday. In the past, we have watched this sector as a strength indicator for the demand side of the economy.

With that said, ultimately, price action is king when it comes to the overall market direction. From that standpoint, if the indices continue to hold their breath near the highs, we can watch for them to stay over recent support areas (as seen in the charts below) and the transportation sector to continue upwards. 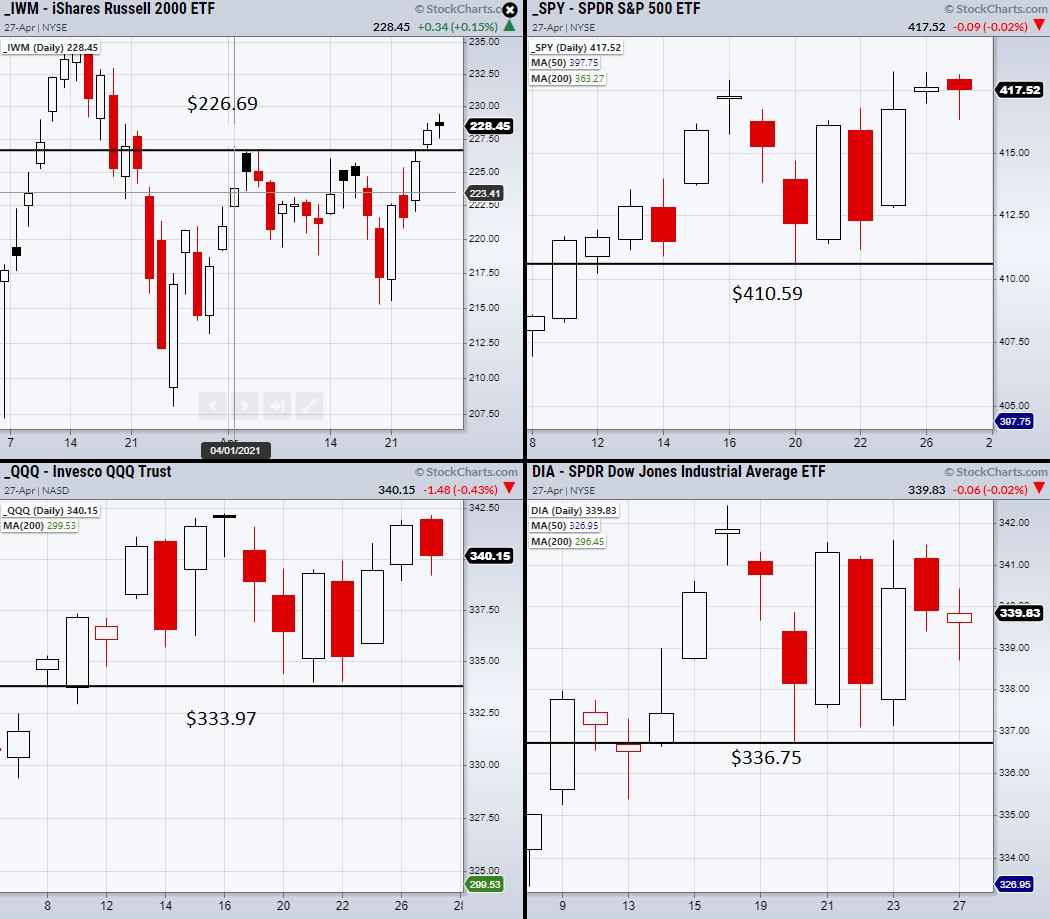