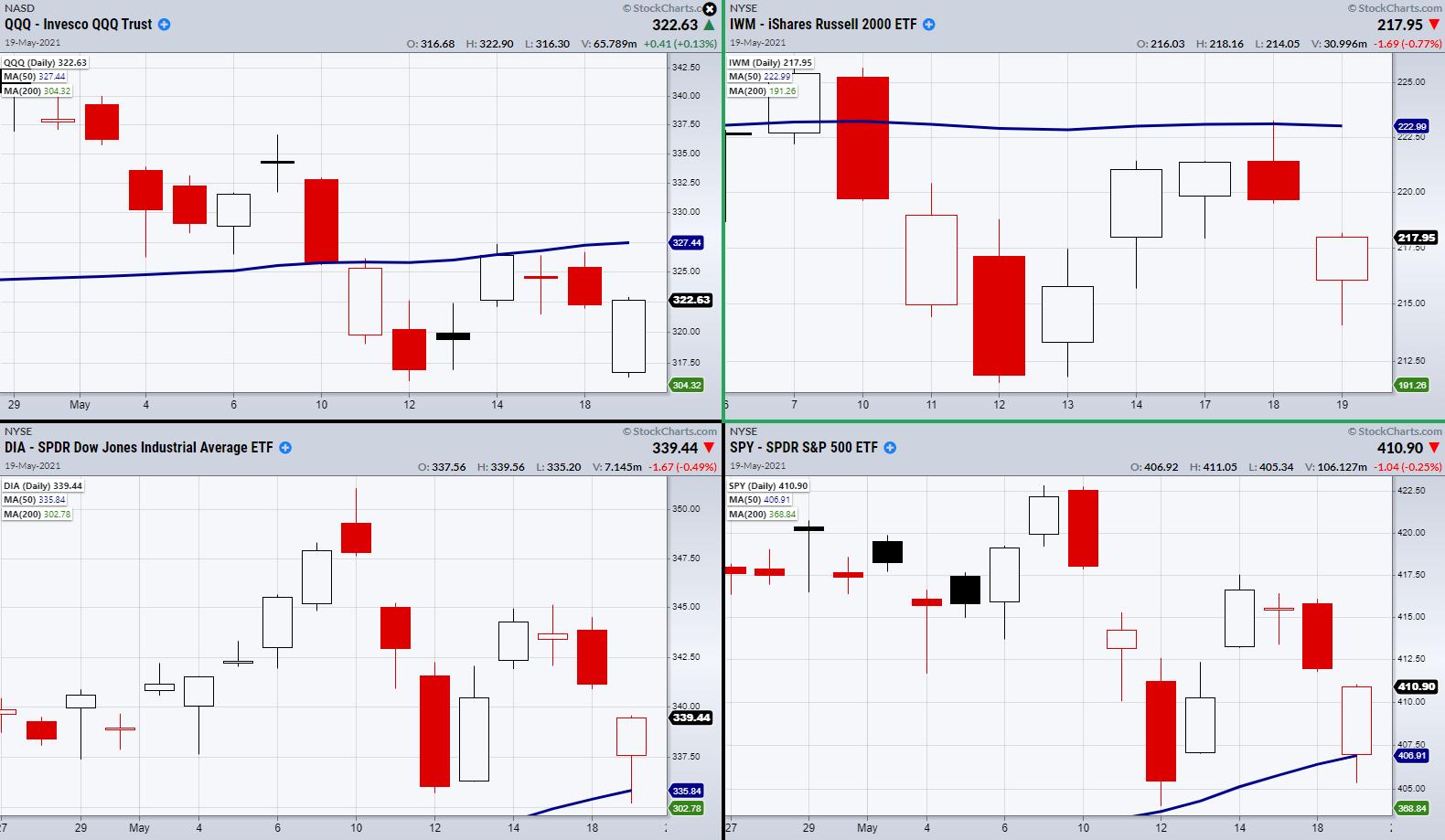 On Wednesday, the four major indices gapped lower based on the failure of the Russell 2000 (IWM) and the Nasdaq 100's (QQQ) ability to clear resistance from their 50-day moving averages. However, IWM did not reach its next support level at $211, and the QQQs were able to bounce off support from the recent low at $316. This is a good sign both are trying to stand their ground.

With that said, the other major indices were also able to hold support. The Dow Jones (DIA) and the S&P 500 (SPY), unlike the other two, have support from their 50-DMA. This means that bulls did not get their way, with a break over the key resistance in IWM and the QQQ. On the other hand, bears were also unable to claim victory, since main support has held.

To add to the lack of victory, the High Yield bond ETF (JNK) broke its 50-DMA. We find tracking junk bonds reliable, as any bond-buying tapering by the FED shows up there. Volatility also gained, but, until we get a firm close over 25.00 in cash VIX.X, that also adds to the uncertainty.

At this point, the main caveat is that, even though support has held across the board, we have yet to see if buyers will continue to push the market higher. Recently, there has been a huge amount of dip buyers (i.e buying near lows after a significant price decline), but not much follow-through buying near resistance levels. This leaves Thursday as the next deciding factor. Either we see more follow-through from buyers, or the bears take over and push the market below the nearby support levels.

Click below to watch Mish on Fox Business cover EVs and the crypto space. 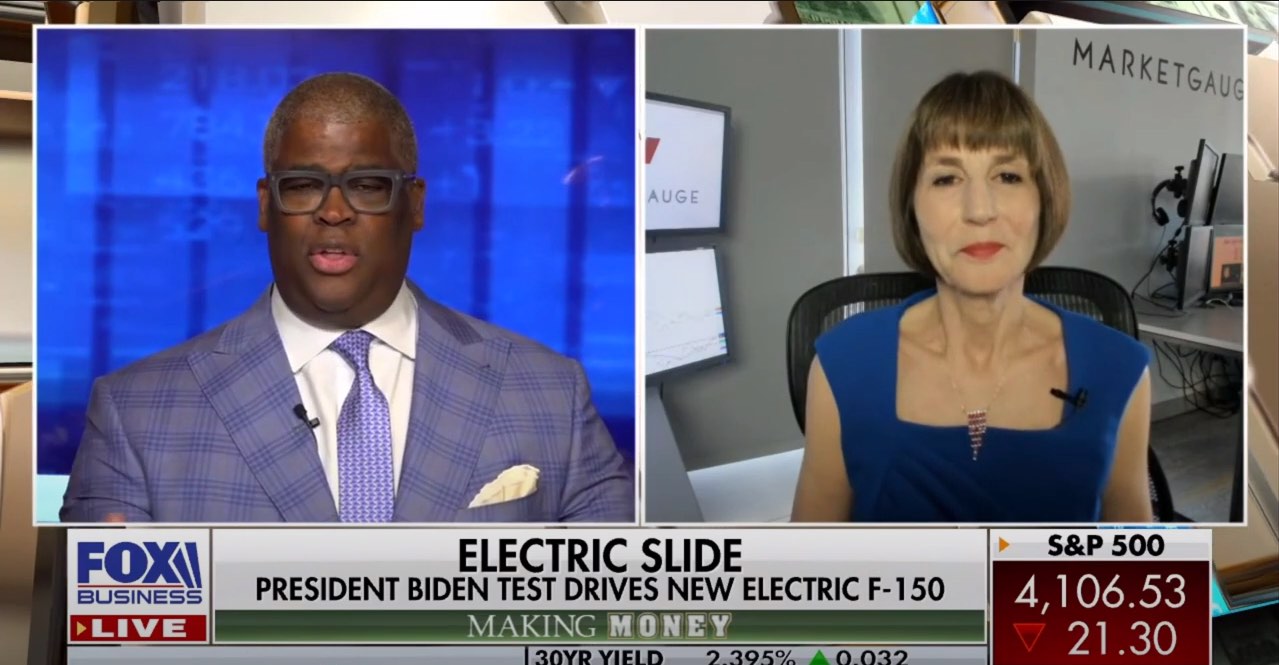