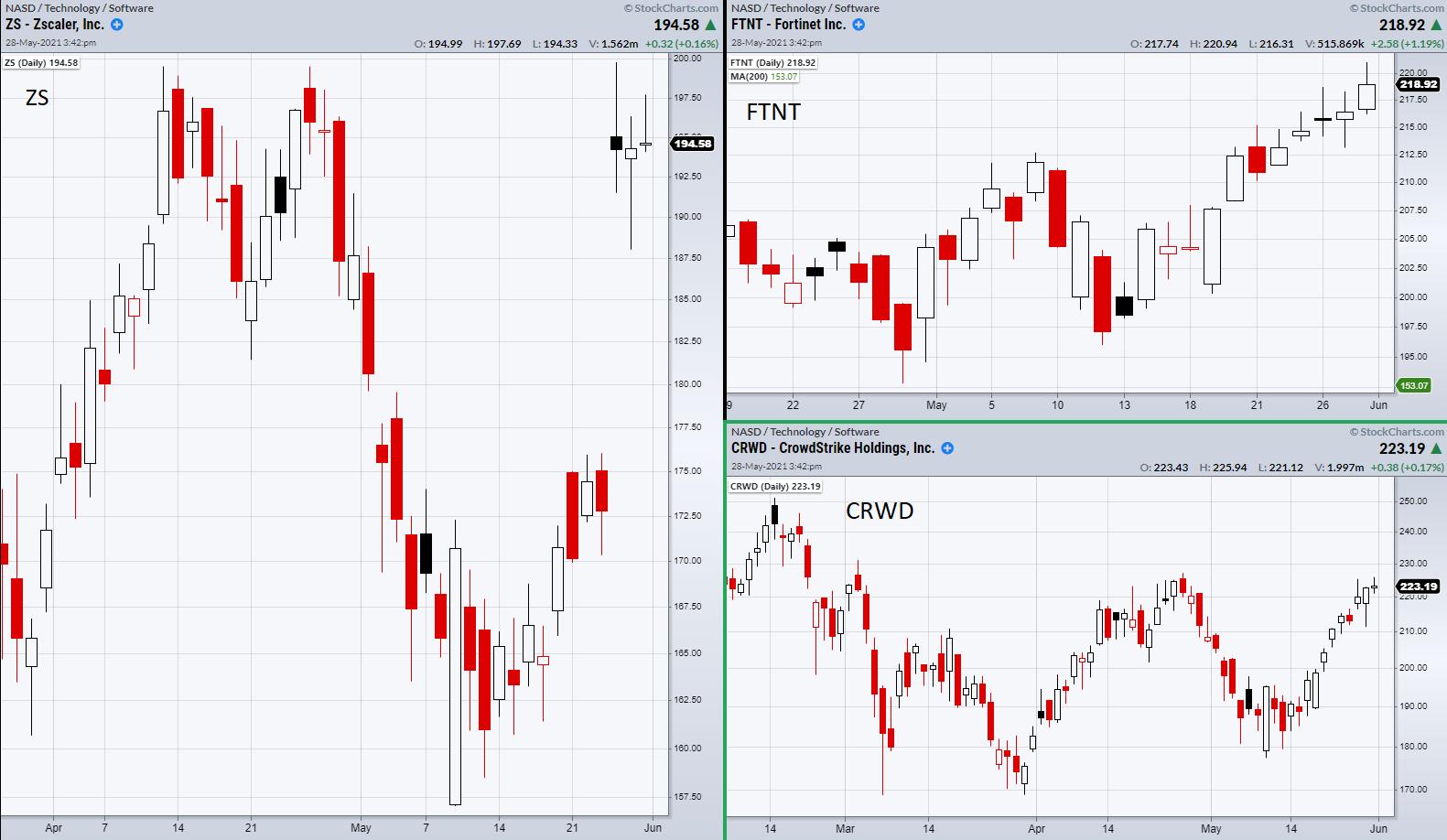 The Biden administration is looking to increase spending on cybersecurity with the next round of stimulus. This comes after an increase in cyber-attacks across the world, which has targeted government agencies and groups. For the U.S, one of the most recent attack was a ransomware attack on the Colonial Pipeline along the east coast.

As this year's tech boom in the U.S economy started with the surge in prices from pandemic lows, the demand for more security across several sectors has naturally grown. Additionally, with more tech-driven crypto mining plus electric and autonomous driving cars, the demand for cyber-security protection will only escalate.

Three interesting companies to keep watch for in this space from a technical standpoint include CrowdStrike (CRWD), Zscaler (ZS) and Fortinet (FTNT). Both ZS and CRWD are in bullish phases, with the price over the 50-day moving average but also close to pivotal resistance areas. CRWD will need to clear and hold over $227.20 before continuing its trek to all-time highs at $251.28. ZS also has resistance nearby at $200. Its recent gap, paired with small trading range days, make it look vulnerable unless it can clear $200 and hold it as new support.

On the other hand, Fortinet (FTNT) has the strongest momentum of the three and looks to continue breaking news highs. Watching FTNT for a pullback down to a recent high around $212 or a larger correction towards a major moving average might be the best way to play this pick going forward.

With that said, the cybersecurity mega-trend does not look to be subsiding anytime soon and, with more thriving tech companies building their base from last year's financial crisis, the long-term demand should continue.

As the economic recovery starts to get legs, and after a sizeable correction, some of the small-cap growth stocks are offering great opportunities to buy. Mish covers a long list of stocks with actionable suggestions in this week's Mish's Market Minute.