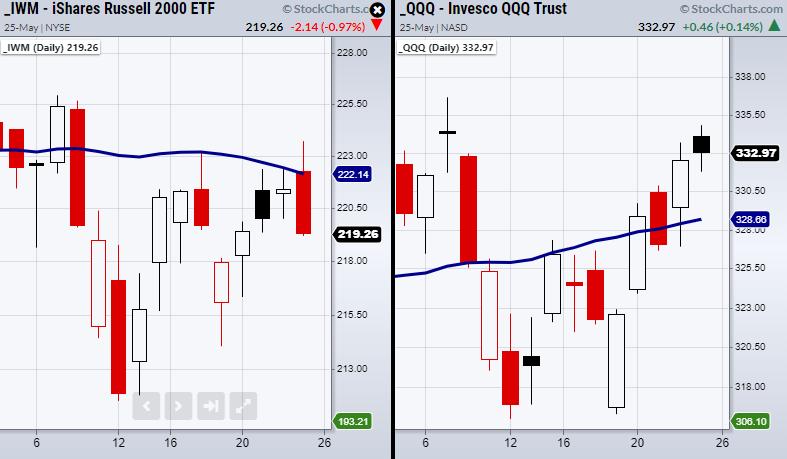 For the third time, the small-cap index Russell 2000 (IWM) has failed to clear its 50-day moving average. It is the last of the four major indices to lag as, on Monday, the Nasdaq 100 (QQQ) cleared and has since held over its 50-DMA for a second day. This confirmed its re-entrance into a bullish phase.

Although the other indices, including the S&P 500 (SPY) and the Dow Jones (DIA), are in bullish phases, this does not take away the importance IWM plays in the bigger picture. Representing companies between 300 million to 2 billion, the small-cap index is a vital piece of the market and holds a fair amount of weight in the markets' price action.

Having said that, IWM has yet to break back down to recent lows and could make a 4th attempt to clear through resistance around $222.14. If the contrary takes place and we see a move lower, other important sectors to watch include Regional Banking (KRE), Transportation (IYT) Biotech (IBB), and Retail (XRT). Each sector is starting to look heavy and could take IWM's lead.

However, on Thursday, the Jobless Claims, GDP, and Durable Goods Orders reports will be released at 8:30 AM ET. If positive, this could be an uplifting event for the market and might be a catalyst for IWM's break over resistance at $222.