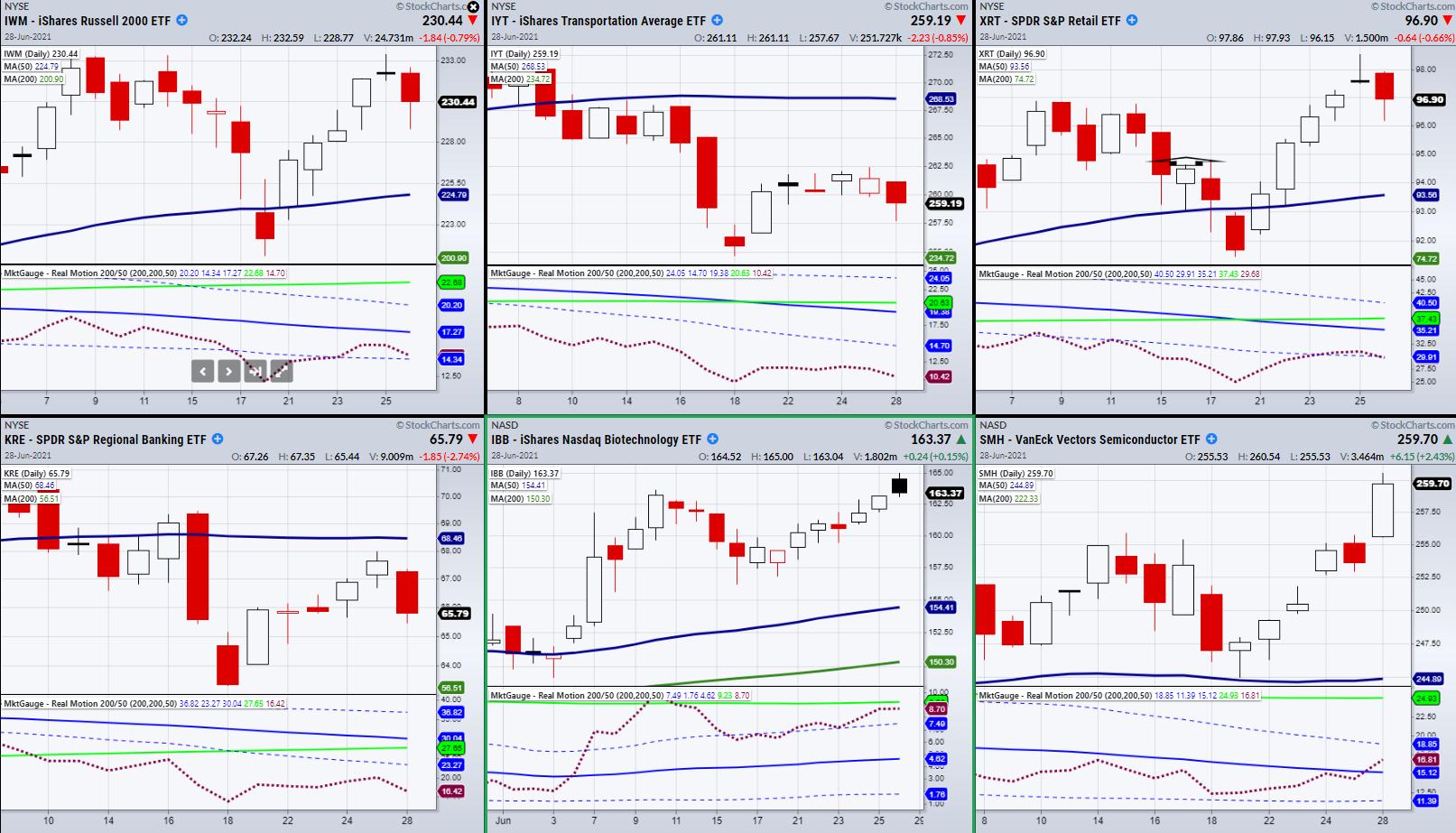 According to Mish's Economic Modern Family, the market remains mostly bullish, with only the transportation sector (IYT) and regional banking (KRE) sitting in cautionary phases under their 50-day moving average. However, most of the Modern Family closed lower or flat on the day, while the semiconductors ETF (SMH) made a large push to new highs, ending +2.44% on the day.

The blatant move in tech could be showing us the next chapter of the market. In hindsight, the tech industry was the first to recover from pandemic lows last year and is again showing strength compared to the other sectors. Despite having been interrupted from supply chain issues, demand stayed strong in the tech space. Conversely, other sectors could be losing momentum.

With that said, one way to see if momentum is slowing or gaining is through MarketGauge's proprietary Real Motion indicator.

On the Semiconductors (SMH) chart, Real Motion has recently broken through its 50-period moving average. 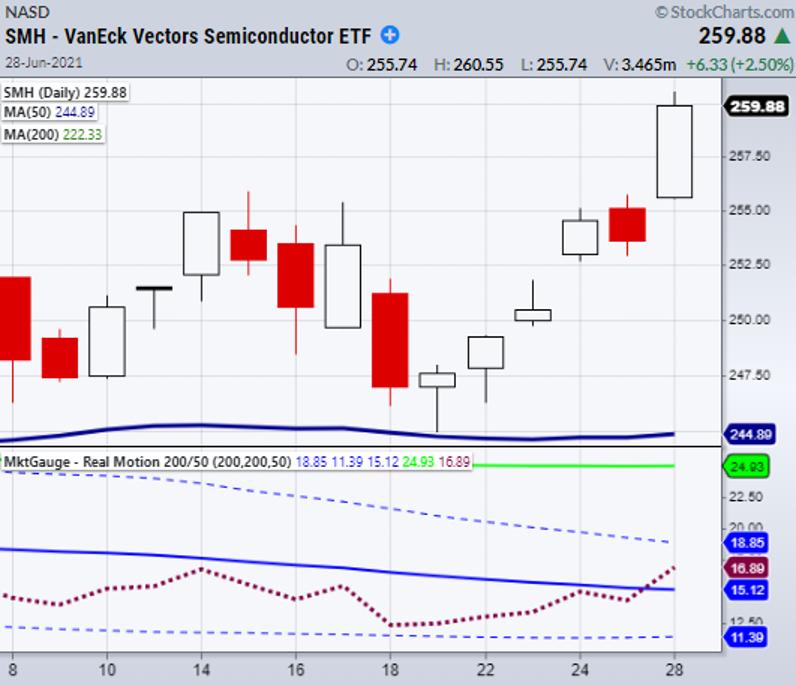 This confirms that momentum is now following price, since the price is currently over its 50-DMA. On the other hand, members such as Retail (XRT) and the small cap Russell 2000 (IWM) have a negative divergence, with price over the 50-day moving average and real motion under the 50-DMA.

With most of the Modern Family showing weakening or diverging momentum, will Semiconductors break to new all-time highs drag the other indices higher? Or will the rest of the family stay rangebound or begin to trend lower?

With the potential of the infrastructure bill passing with bipartisan support, Mish walks you through two areas of the market to focus on if this new stream of cash comes into the market. Two other areas that also deserve some extra attention are Healthcare, which has been doing rather well, and Cannabis, which looks like it's reached the bottom. See it on the latest edition of StockCharts TV's Mish's Market Minute.