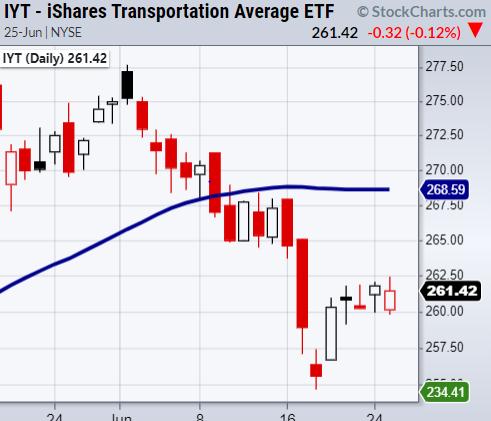 The stock market steadied itself, as the major indices clear or head to new highs. Additionally, the media has slowed its aggressive inflation stance and looks to be shifting into the next trend, as the new infrastructure bill that has recently emerged from bipartisan talks adds a chunk of areas to talk about. However, whether the media places inflation in the spotlight or moves on to higher trending topics, we should keep it on the sidelines, for one big question still needs to be answered.

How will we pay for this new 1.2 trillion-dollar bill over 8 years?

The current administration proposed a tax raise on corporations which ultimately failed to hold ground. Without any new ideas that either party can agree on, it looks as though taking on more debt through auctioned government bonds will likely pay much of the bill. With that said, to keep investors excited enough to take on U.S debt, the country will need to keep its strong market outlook and progress.

Therefore, we have been watching the transportation sector (IYT), as it shows the demand side of the market and can signal fading market momentum if it begins to trend lower. At the current price levels, IYT needs to hold over recent support at $254. However, if IYT breaks down, stay cautious as the indices could have trouble holding highs.

With the potential of the infrastructure bill passing with bipartisan support, Mish walks you through two areas of the market to focus on if this new stream of cash comes into the market. Two other areas that also deserve some extra attention are Healthcare, which has been doing rather well, and Cannabis, which looks like it's reached the bottom. See it on this week's edition of StockCharts TV's Mish's Market Minute.