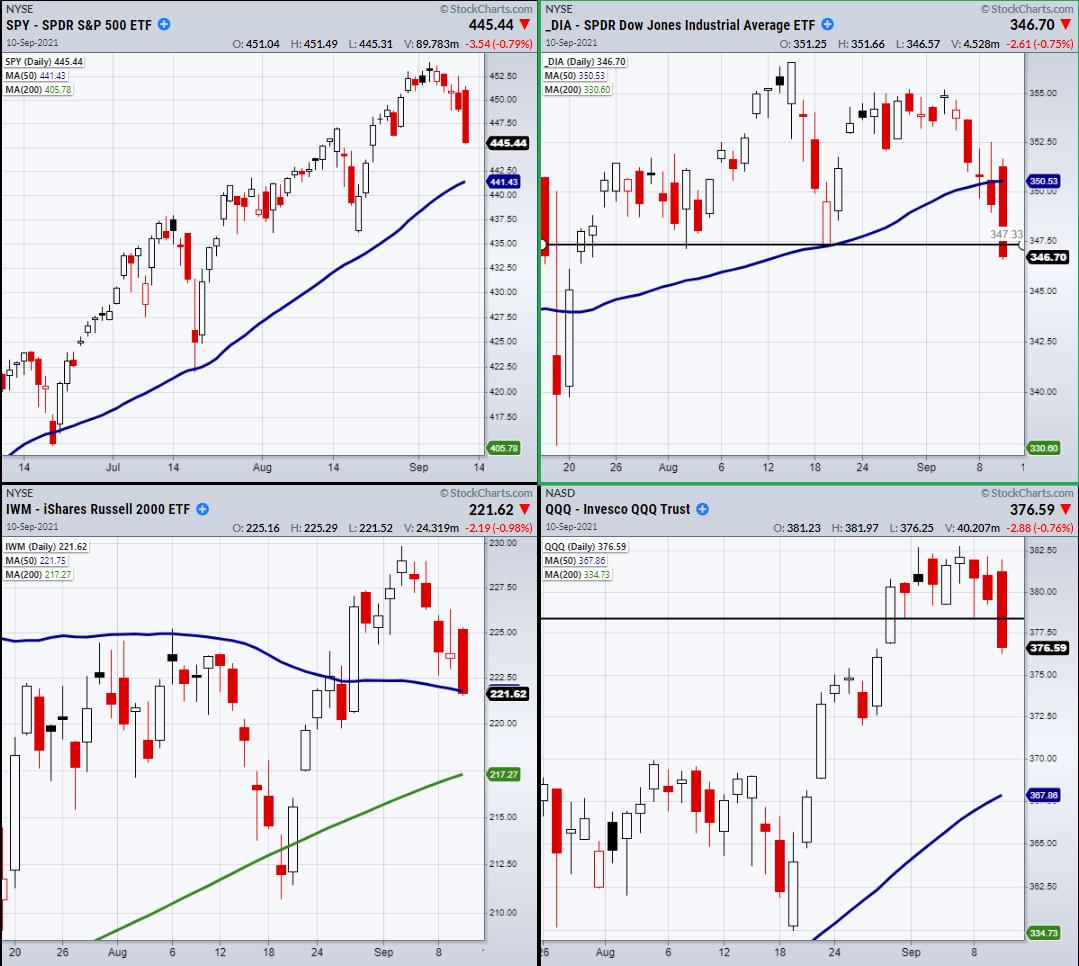 When the market struggles to decide which direction to travel in, we tend to see increased volatility. Throughout last week, the market was struggling to pick a direction until finally it threw in the towel and broke lower near the end of Friday. This is a considerable break in price because three of the major indices fell under key support levels.

Since the beginning of 2021, the SPY's 50-DMA has been a key support level, with price only dipping below briefly. That also means a visit to the major moving average in the SPY could be a buying opportunity. With that said, the bulls' best hope for Monday is if IWM can get back over its pivotal 50-DMA and for DIA to clear back over $347. If this happens, it could help the SPY and the QQQ's find intraday support. However, if the market continues lower, watch the SPY's 50-DMA to hold along with the IWM's 200-DMA.

Now that we have covered key pivotal price levels, from a fundamental perspective, we can watch the transportation sector for further insight. While there are many factors and numbers that can be crunched for deciding the strength of the overall economy, one easy method is to watch the movement of goods. In a robust economy, the movement good should continue to grow as the country prospers and people buy more stuff. However, since the transportation sector (IYT) has been waning in price and has failed multiple times to clear its 50-DMA at $254, it is telling us that the economic outlook is slowing.

Now IYT has broken its 200-DMA at $248.25. This could be leading the economy and the market into a slower and more stagnant growth period. Therefore, if IYT continues downward, keep an eye on commodities and precious metals, as they could be the next big runners.

The market is at a very pivotal point right now, we are either in for a much deeper correction or this is another dip into support. On this week's edition of StockCharts TV's Mish's Market Minute, Mish weighs the evidence and dives into the macro, looking at where we should potentially be putting our money as we go forward.