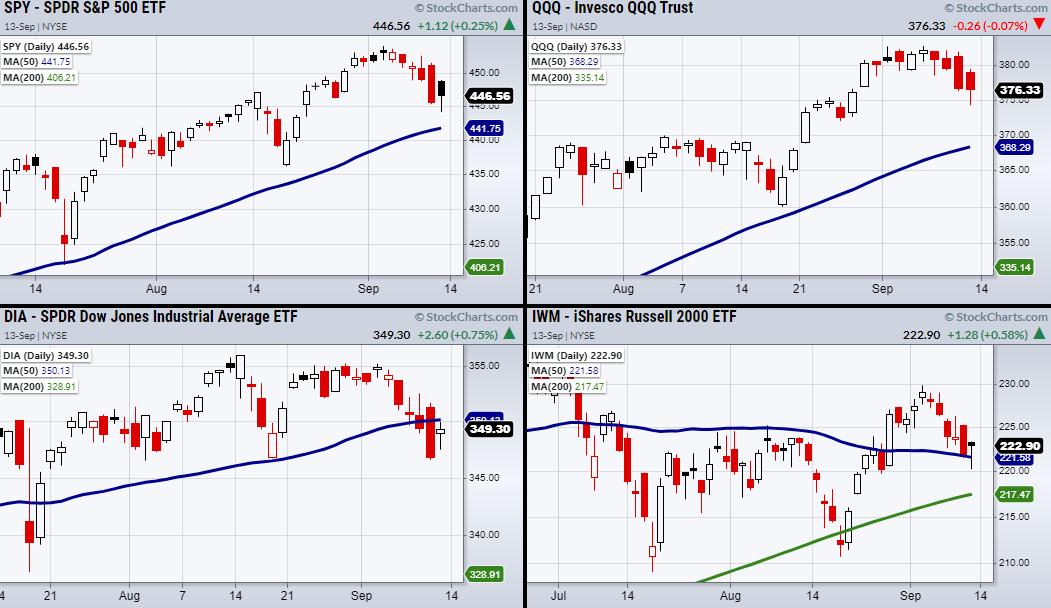 On the other hand, the S&P 500 (SPY) and the Nasdaq 100 (QQQ) have not run into main support from their major moving averages and are most likely holding due strength found in the DIA and IWM. This means that if the SPY and the QQQ are going continue higher without making a full pullback to support, they will need both the DIA and IWM to lead them.

The reason why DIA and IWM are qualified to lead the market higher is that both held key support levels while the SPY and QQQ did not. However, if the QQQ and the SPY do not hold over Monday's low, watch for them to head towards their 50-day moving averages at $441 for the SPY and $368 for the QQQ.

With that said, if Monday's dip buyers were correct, Tuesday should bring continued strength. One way we can tell if buying is strong is by watching intra-day volume compared to the average amount. To do this, try watching volume on a 5-minute chart compared to past trading days. What we are looking for is higher volume as the market moves up.

If tomorrow's price action holds or rises on weak volume, stay cautious, as the indices could be weakening and looking for another downturn.

The market is at a very pivotal point right now, we are either in for a much deeper correction or this is another dip into support. On the latest edition of StockCharts TV's Mish's Market Minute, Mish weighs the evidence and dives into the macro, looking at where we should potentially be putting our money as we go forward.