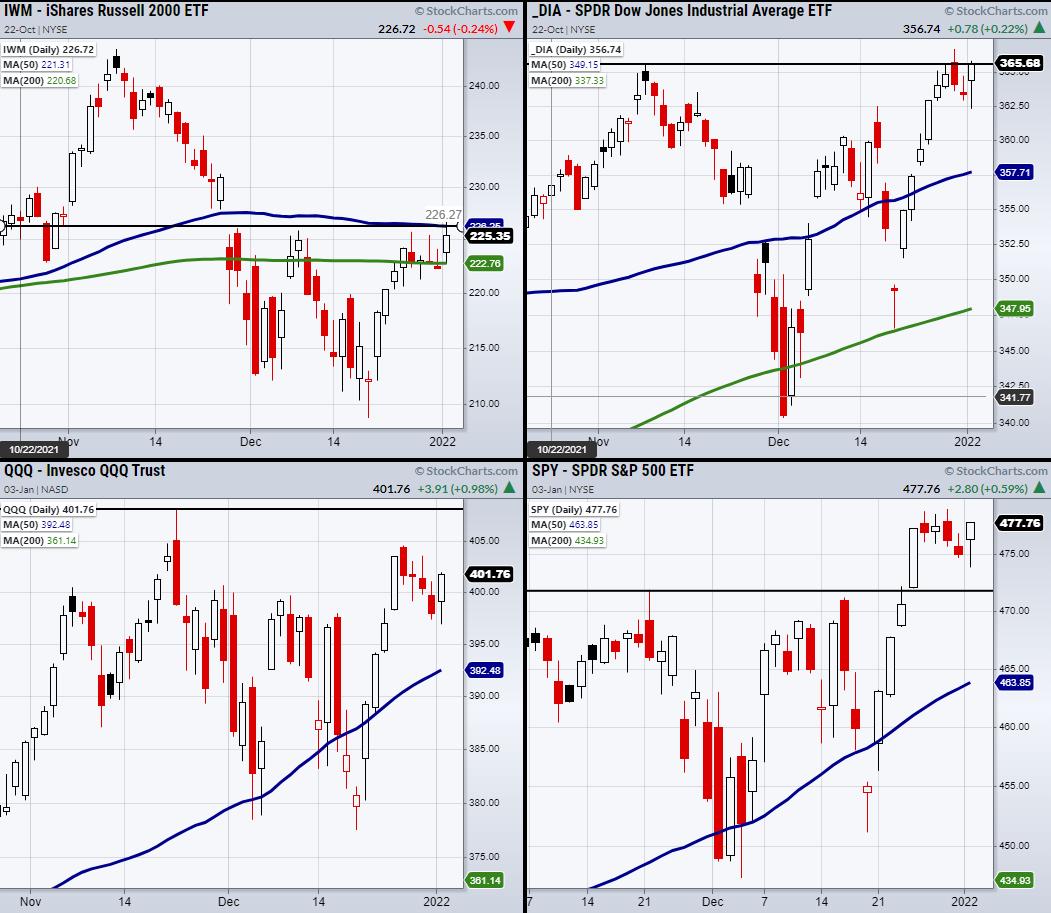 After a roller coaster start to a new year with major indices having a choppy Monday morning, each has closed positive showing traders optimism for the beginning of 2022.

However, the major indices including the S&P 500 (SPY), Nasdaq 100 (QQQ), Russell 2000 (IWM), and the Dow Jones (DIA) are not out of the water yet and will need to break through key resistance or hold main support to continue upward.

The above chart shows resistance or support levels each index needs to clear and hold over.

With that said, what matters more is not only that these levels are cleared but going into the new year we see an upward trend from these areas.

The biggest problem we can run into in 2022 is sideways and rangebound trading.

For example, IWM has already been rangebound through 2021, however, if the Nasdaq or SPY fall into the same price action this could mean trouble ahead.

Therefore, watch for these resistance levels to not only clear but to consolidate over before pushing higher.

Mish hosted the Thursday, December 23rd episode of the "The Top 10 Influential Market Events of 2021" special event on StockCharts TV! Mish highlights the impact of the move that she's seen in many of the raw materials that have to do with food. She shows how the Agricultural ETF (DBA) is not only the most influential move up for 2021 in terms of people's pockets, but, come 2022, it could make the most explosive move higher for investors.