We often hear that we should diversify, diversify. Why should we do so? For greater gains. But the way to do this is seldom laid out clearly. • The secrets of diversification are not obvious. The truth is that it’s possible to earn MORE MONEY from a properly managed, diversified account than the simple average of the different asset classes that are used in the account.

• More than 100 million households in the US, Canada, and other countries hold 401(k), IRA, and similar savings accounts. The vast majority of 401(k) participants cannot buy individual stocks — only index funds — and can make no more than one or two portfolio changes per month. Despite restrictions like these, you can use 21st-century financial breakthroughs to enjoy market-like returns and more, with no fear of crashes. See my Muscular Portfolios summary.

I know it’s tempting to say, “I know everything there is to know about diversification,” and skip this article. But I hope you’ll bear with me and see what secrets we might be able to profit from.

First of all, what do we mean by “diversification”? It’s easiest to state what diversification is not. Diversification is not being 100% invested solely in the S&P 500, the Wilshire 5000, or any set of US stocks. It may be true that you can avoid the worst crashes of the US equity market by holding stocks from different sectors, such as technology and utilities. But diversification means opening our portfolio to other asset classes that can — and do — diverge at times from US equities. Those assets include non-US stocks, US and international government and corporate bonds, real-estate investment trusts, commodities, precious metals, and so forth.

The most basic secret of diversification

To begin our exploration of the magic of diversification, we must begin with a simple example. Figure 1 shows the expected return over the next 96 months (8 years) in a stock exchange with only two choices: a money-market fund and a boring company that is stuck in a trading range. 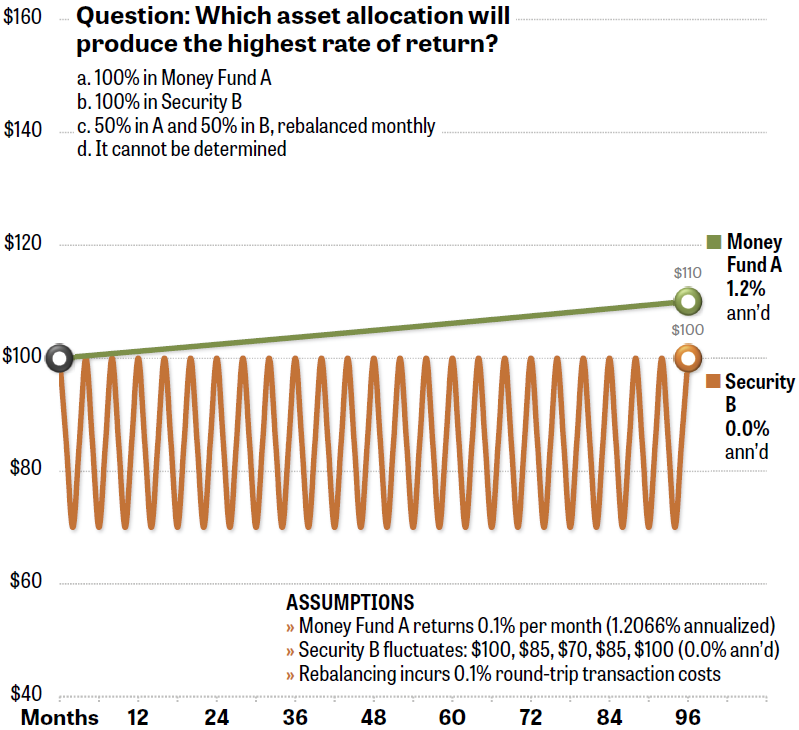 Figure 1. In this imaginary stock market, there are only two possible investments: Money Fund A, which predictably rises 0.1% per month, and Security B, which fluctuates from $100 to $85 to $70 and back but always returns to $100..

You’re given $100 to allocate between the two securities. The question is this:

Which asset allocation will produce the highest rate of return?

Think about your answer. Write it down or make a note of it. Don’t send it to me, it’s just for you to know.

Diversification works in many strange ways 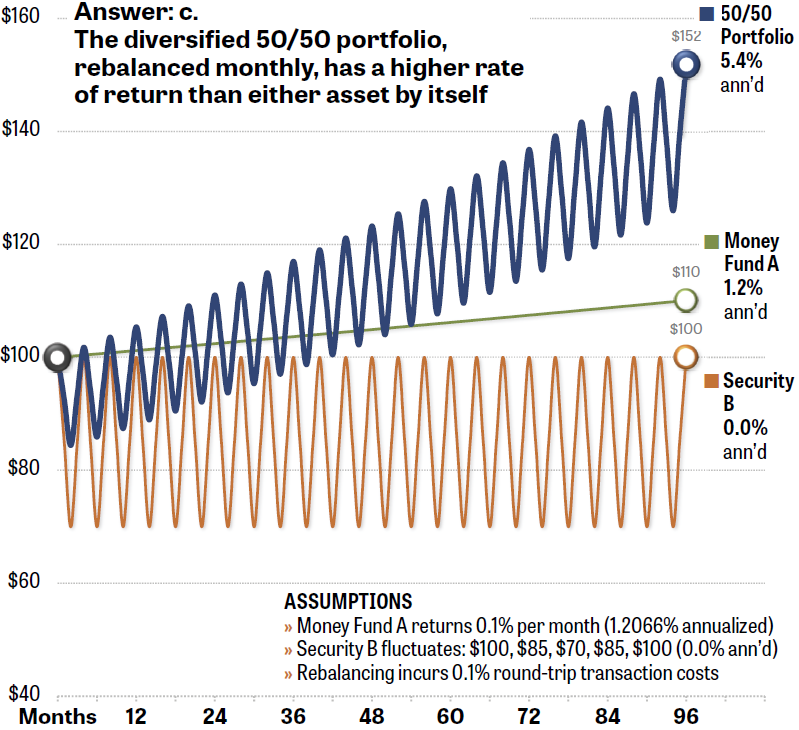 Figure 2. The diversified portfolio does not produce the average of the two asset classes, but instead produces a higher rate of return than either asset class would have delivered if held separately.

What happened? Because of monthly rebalancing, you transferred a small amount of money at the end of each month from Money Fund A to Security B when the security’s price was down. When Security B went up — remember, it was in a trading range and never escaped its $70 to $100 history — you had enough money in Security B to make your money grow.

There are two reasons why most individual investors will never “get” this:

Where do we get the “51 months” from? Look again at Figure 2. It isn’t until after Month 51 — more than four years — that the blue line (the diversified portfolio) permanently surpasses the green line (the balance of a money-fund account) and never drops below it again. Before Month 51, there are numerous periods in which it looks like the diversified portfolio rises and falls but may never actually pull ahead of a plain old sweep account.

To be sure, a stock market with only two asset classes is a very basic example. This is a set of problems known as “Shannon’s Demon.” The thought experiment is named after Claude Elwood Shannon, who was a mathematics professor at MIT for 22 years. He eventually developed Alzheimer’s disease and passed away in 2001. (“Demon” isn’t used here in the sense of an evil spirit, but as a term for any powerful, automatic force.)

Shannon’s Demon works because the two fictional asset classes in Figure 2 are completely uncorrelated. Money Fund A goes up a little each month, no matter whether Security B went up or down. Monthly rebalancing shifts a small amount of money out of the asset that’s done better and into the asset that’s done worse. Security B “reverts to the mean,” boosting the return of the diversified portfolio.

As a sideline from his university work, Shannon was also a money manager. From around 1959 through 1986, according to the book Fortune’s Formula by William Poundstone, Shannon generated a real-money return of an astonishing 28% annualized — better than even Warren Buffett’s track record. A true genius, Shannon was widely called the “father of information theory.”

Did you guess that a 50/50 portfolio would outperform either A or B? Most people wouldn’t. They would think the 50/50 portfolio would produce only the average of the two assets, or a 0.6% rate of return. (That would be the average of the 1.2% return of the money fund and the 0.0% expected return of Security B.) By misunderstanding the magic of diversification, most people would choose the stability of the sweep account, leaving a lot of money on the table.

The diversified portfolio also had losses that were much more tolerable than Security B’s. The security had a maximum drawdown of 30% (a decline from $100 to $70). That would compel a lot of investors to throw in the towel, not knowing that Security B would recover. By contrast, the 50/50 portfolio had a maximum drawdown of only 15% (for example, a decline from $100 to $85). Most people can learn to shrug off that kind of smaller loss and stay the course.

What if we examined a market in which the assets weren’t predictable? What if the assets went up and down like the actual stocks in the New York Stock Exchange or Nasdaq? We’ll examine this more-realistic situation in the next part of this series.