In a study, the Vanguard Group discovered a tiny minority of mutual-fund money managers who outperformed their benchmarks over a recent 15-year period. Unfortunately for investors, following one of those managers would have meant an agonizing wait. 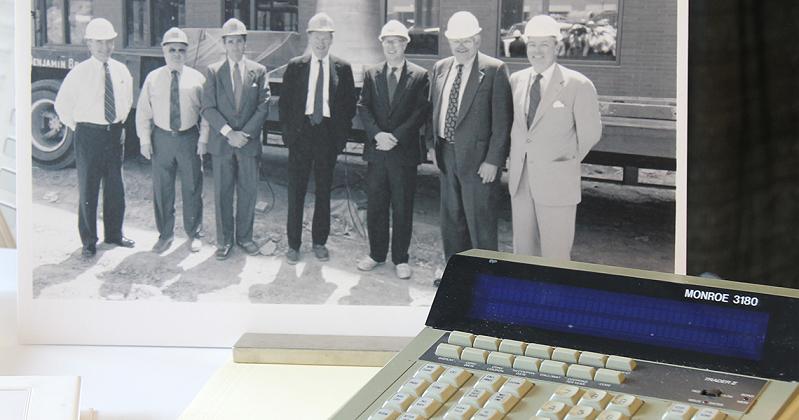 • WEST COAST — Brian Livingston will give two seminars in California on Sept. 14 and 15, 2019. See the event page for details. Seminars on the East Coast will be announced soon.

In Part 1 of this series, we saw that great investors like Warren Buffett significantly underperform the S&P 500 during bull markets. The best investing strategies only generate market-beating returns by keeping their losses small during bear markets. The result is outperformance over complete bear-bull market cycles (often called the primary cycle). That kind of superior strategy is exactly what long-term investors want, as explained in my one-page summary elsewhere at StockCharts.

Not at all! We learned in the previous installment about a 34-year analysis by Mark Hulbert, founder of the Hulbert Financial Digest. His study proved that all of the very few investment newsletters that beat the S&P 500 from 1980 through 2014 "lagged behind the S&P 500 in more than half of the five-year periods since 1980."

That's pretty convincing evidence that a market-beating strategy must deviate a great deal from the S&P 500. That translates as underperforming the benchmark for years at a time before surpassing the index at the end of each primary cycle.

However, Hulbert's study (by necessity) included only three dozen investment newsletters — the ones that actually had a 34-year track record. Fortunately, the study was replicated when the Vanguard Group, the giant fund provider, analyzed a much larger base of investment managers.

Vanguard's researchers examined all 1,540 actively managed US equity mutual funds that were active on Jan. 1, 1998. The study scrutinized the fund managers' performances for the following 15 years (through the end of 2012).

As if all of the above weren't bad enough, the horrible truth about that mere 18% of successful equity funds is shown below in Figure 2.

Figure 2. Of the very few equity funds (18%) that outperformed their benchmark over a period of 15 years, 97% of them underperformed for at least 5 of the 15 years. The vast majority of the outperforming funds actually lagged for 6 or more of the 15 years. Source: Vanguard calculations using data from Morningstar.

Outperforming a benchmark came with a headache big enough to extinguish most individual investors' patience. Virtually every outperforming manager actually underperformed his or her benchmark in at least 5 of the 15 years that Vanguard studied. Even worse, 90% of the successful managers underperformed for 6 or more years.

Of the exceedingly few successful funds that didn't lag for 5 or more years, almost all underperformed for 4 of the 15 years. There wasn't a single fund that lagged its benchmark for just one or two years.

Most investors won't stick with a strategy for more than a few years if it underperforms its benchmark. You may think individual investors are too skittish. But 100% of highly compensated pension professionals display the same behavior. They dump outside money managers who underperform for a mere 1, 2, or 3 years, as I showed in a series of StockCharts articles beginning on April 9, 2019.

In essence, any new strategy that you start following with serious money will disappoint you for the first two years or so. Why? Because you selected the strategy due to its good performance in the last few years! A strategy's hot streaks alternate with its cold streaks.

There's no investing strategy for mere mortals that reliably gains 10% more than the S&P 500 in the up months and loses 10% less then the S&P 500 in the down months. That's a fantasy. Anyone who may have stumbled upon such a miraculous method is surely keeping it to themselves.

If you want better long-term performance than the S&P 500, you must accept that every strategy delivering long-term success will lag the benchmark for years at a time.

How do we prevent ourselves from the performance-wrecking behavior of leaping from one strategy to another, based on short-term results of less than 15 years?

I really like so-called Muscular Portfolios for this very reason. Each of the Muscular Portfolios that I've found in my research underperforms the S&P 500 during every bull market. Paradoxically, this realization frees you from the worry that your portfolio is "not working."

Exactly like Warren Buffett's wildly outperforming Berkshire Hathaway portfolio, a Muscular Portfolio gently shadows the S&P 500, gaining about two-thirds as much as the index during bull markets. Your portfolio gets even with a vengeance during every bear market. This produces better results for you, because your life savings don't crash 30%, 40%, or 50% like the popular index.

Since a Muscular Portfolio always rotates into the strongest assets when equities go south, your funds can even go up when the stock market is going down. I demonstrated this with actual money in my StockCharts column on Aug. 8, 2019.

To repeat something I've said many times, if you have a day-trading strategy that works perfectly, go nuts! But if you want market-beating returns — and you have enough patience to measure your gains only over complete primary cycles, as Buffett does — simple asset-rotation strategies have strong performance, suffer only small losses, and are highly recommended.

The Vanguard study of 1,540 active equity funds is titled "The Bumpy Road to Outperformance" and is an 8-page PDF download.

NOTICE: As of today, this column is beginning a temporary hiatus. To continue receiving my articles, subscribe now to the free Muscular Portfolios Newsletter.