As investors, we constantly hear, "Beat the market! Beat the market!" But trying to beat the market every month or year is not the way to win the race. • The most successful investment strategies actually TRAIL the S&P 500 for five years or longer. 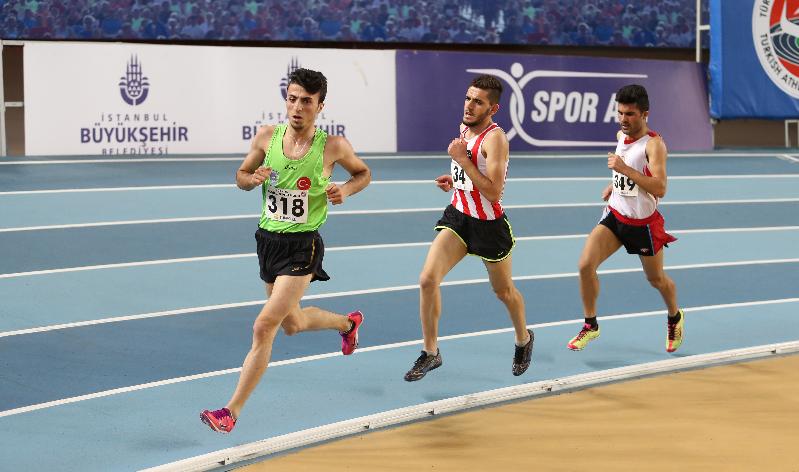 Figure 1. It isn't the runner who dashes ahead at the beginning of a track meet who is necessarily the winner in the last lap. Similarly, lagging the S&P 500 for long periods during bull markets is a trait of the best investing formulas. Photo: 2017 Youth Indoor Championships, Istanbul, Turkey, by Evren Kalinbacak/Shutterstock.

• WEST COAST — Brian Livingston will give two seminars in California on Sept. 14 and 15, 2019. See the event page for details. Seminars on the East Coast will be announced soon. •

As regular readers of this column know, I'm an advocate of long-term investing. If you have a day trading strategy that works for you in the short-term, great! But tens of millions of account holders of 401(k) plans and other tax-deferred savings programs can change their positions no more than once or twice a month, as described in my one-page summary of Muscular Portfolios.

For these and many other investors, finding a strategy that requires few changes — while still providing great returns over the long term — is of paramount importance.

It's just a reality that any long-term investing strategy is going to underperform the S&P 500 for certain periods. What many investors don't realize is that this lagging behavior is not a weakness. In fact, it's a strength of the best investing strategies experts have been able to find, going back decades.

A good example is Warren Buffett. The shares of his Berkshire Hathaway portfolio have put the S&P 500 to shame.

Figure 2 shows the 15¼ years that began on Mar. 24, 2000. This period includes two bear markets — the dot-com crash and the global financial crisis — and the two bull markets that followed.

Over these two bear-bull market cycles, Berkshire Hathaway (symbols: BRK.A and BRK.B) gained 169% while the S&P 500 gained only 28%. That translates as a 6.7% real annualized rate of growth for BRK.A vs. 1.6% for VFINX, Vanguard's low-cost index fund that tracks the S&P 500. (These numbers are adjusted for dividends, inflation, and the minuscule fees of holding VFINX. BRK charges no fees.)

Buffett has truly earned his recognition as one of the best investors of our time. What most people don't know, unfortunately, is that even the great Warren Buffett underperforms the S&P 500 for longer periods than he outperforms it! 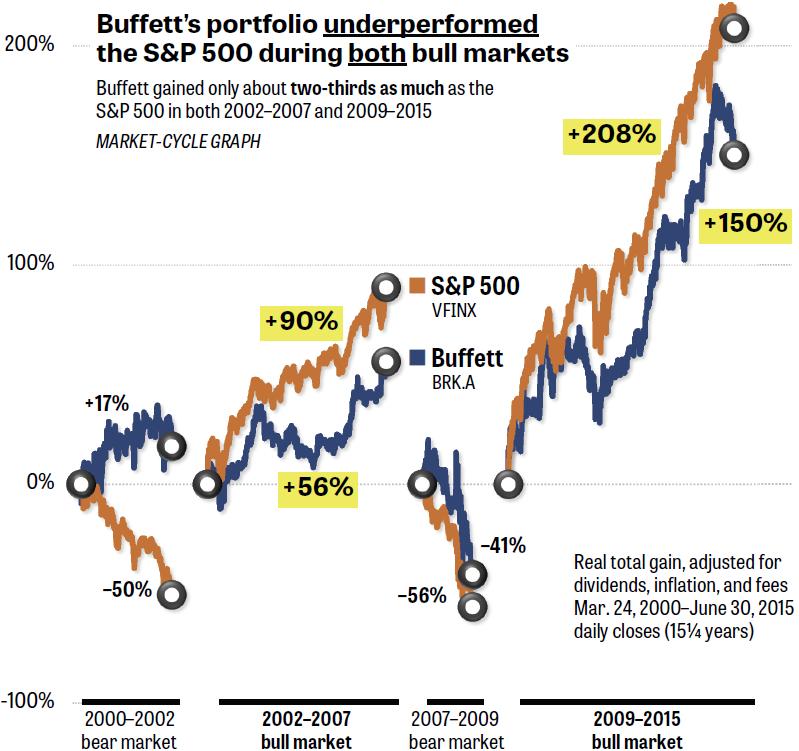 Figure 2. Buffett gained only 56% in the 2002–2007 bull market and 150% in the seven years after the global financial crisis. The S&P 500 beat him, gaining 90% and 208%, respectively. Buffett's enormous outperformance over the long term was due entirely to his portfolio's losses being much smaller than the S&P 500's in the two bear markets. Source: Muscular Portfolios.

What accounts for Buffett's huge win in the long run, then? After all, his BRK portfolio delivered more than four times the annualized gain of the S&P 500 (6.7% vs. 1.6%) in the 15¼-year period shown in Figure 2.

The entire outperformance came from Buffett's losses being smaller than the S&P 500's during bear markets. In the global financial crisis, the S&P 500 lost 56%, but Buffett lost only 41%. Even better, in the dot-com crash, while the S&P 500 lost 50%, Buffett's portfolio actually eked out a gain of 17%. (These numbers are adjusted for dividends, inflation, and the expense ratio of VFINX.)

No, Buffett's crushing of the S&P 500 over the entire period was not due to his small gain during the dot-com crash. His total portfolio rise of 169% also required his restrained loss in the global financial crisis, plus respectable gains during the two subsequent bull markets.

While those periods were, in fact, healthy growth for Buffett, his portfolio rose only about two-thirds as fast as the S&P 500 during those two bull markets. Investors who were brainwashed into thinking they must "beat the S&P 500 every month and every year" would have been likely to sell BRK, just before they could have benefitted from its superior performance during bear markets.

Lagging the benchmark for years is a trait of all the best investing newsletters, according to Mark Hulbert. He was the founder of the Hulbert Financial Digest, which ranked investment strategies from 1980 through 2016.

Hulbert reported in 2014 that he had tracked 36 newsletters since the beginning of his monitoring in 1980. Two-thirds of the services ceased publication along the way, mainly because of poor performance. Of the survivors, only three strategies outperformed the S&P 500, including dividends.

Did they beat the S&P 500 every month or even every year? No, far from it!

Dividing his 34-year study period into every possible five-year stretch, Hulbert reported that "each of the three winners lagged behind the S&P 500 in more than half of the five-year periods since 1980." [emphasis added]

It's "the rare investor," Hulbert wrote, "who is willing to stick with a strategy after five years of market-lagging performance." Even when great strategies are proven over the long term, people abandon them because they don't track the S&P 500. But to beat the benchmark, you have to do something different than the benchmark. That translates as underperformance much of the time.

The Vanguard Group conducted a study similar to Hulbert's, but covering a much larger set of strategies. It analyzed the performances of more than 1,500 funds. The results — and how we investors can profit from these findings — will be in the second and final part of this series.