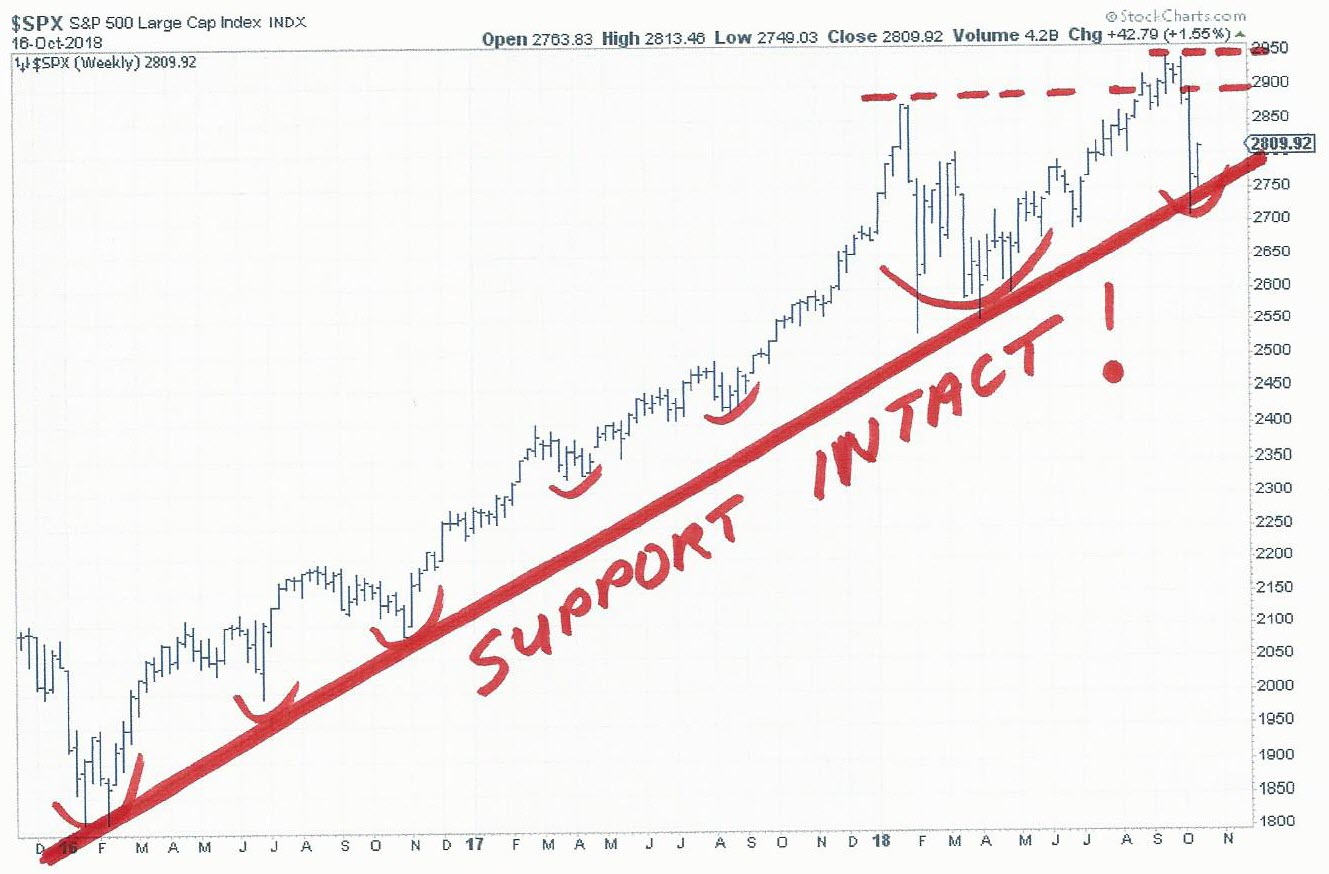 The general market conditions for the various major indexes have been commented on extensively by other commentators here on the site. There is no doubt that there is more rumble in the markets now than we have seen for a long time.

IMHO this makes it an interesting time for analysts and investors alike and a good thing to do, as Greg Schnell pointed out nicely in his recent article, is to zoom out. You do not want to get caught in micro-analysis while the bigger picture is shifting.

My favorite BIG PICTURE tool is, obviously ;) , the RRG showing various asset classes against a balanced benchmark which I use in this blog on a regular basis.

Another way of "stepping back" for me is to print off a number of charts, plain vanilla price, no indicators overlays, and just start playing with a ruler and some felt-pens, the longer the chart, the thicker the tips... It just helps to get away from a lot of noise.

That chart of the S&P 500 index above caught my attention, just like the DJ Industrials chart by the way which looks almost identical, as despite the sharp dip in the past week the market is still holding up above the rising support line coming out of the 2016 low.

I have intentionally drawn a pretty thick trendline to mark support as I feel the big picture needs some leeway to maneuver. A thicker pen allows for that bit of extra room. A break of such a trendline is usually not a one-week event but a process that needs work. We as technicians can monitor that process on shorter-term charts and blend those observations in with the longer-term picture.

In coming days/weeks we will have to monitor the process that is going to take place around the level of that rising support line more closely. Will we see some volatile moves that eventually remain above that level and put in a new low against the trendline from where the market can continue higher and attack the overhead resistance around 285 and 292.50

Or will we see some recovery hick-ups taking price a bit higher, but will it only be to put the first lower high in place on the daily chart and subsequently break the recent low near 270 to ignite a more pronounced and longer move down? Only time will tell.

The big picture from RRG perspective 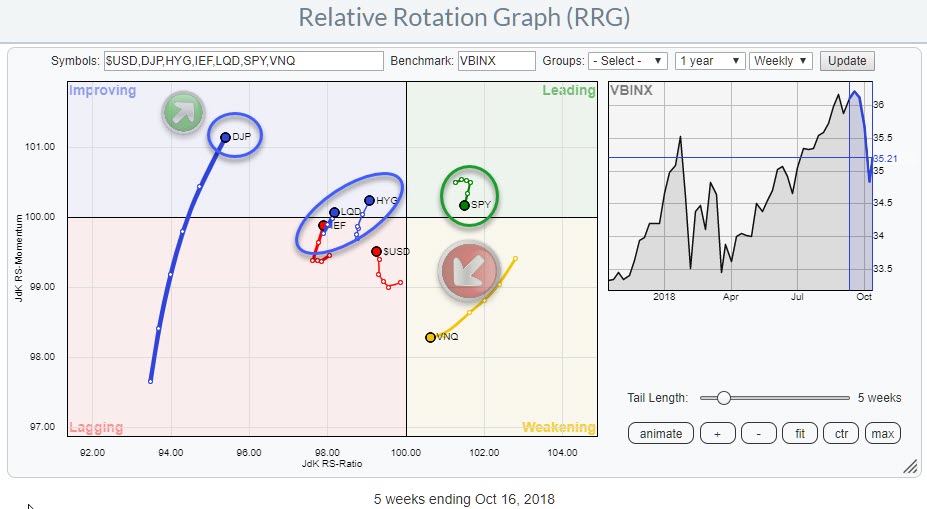 The long tail on DJP triggers interest as it underscores the recent relative strength for commodities against other assets. The rapid rise on the JdK RS-Momentum scale with little gain on the RS-Ratio axis raises doubts about the sustainability of this move.

The daily RRG can help to shine some light on these rotations as it gives a bit more detailed view. 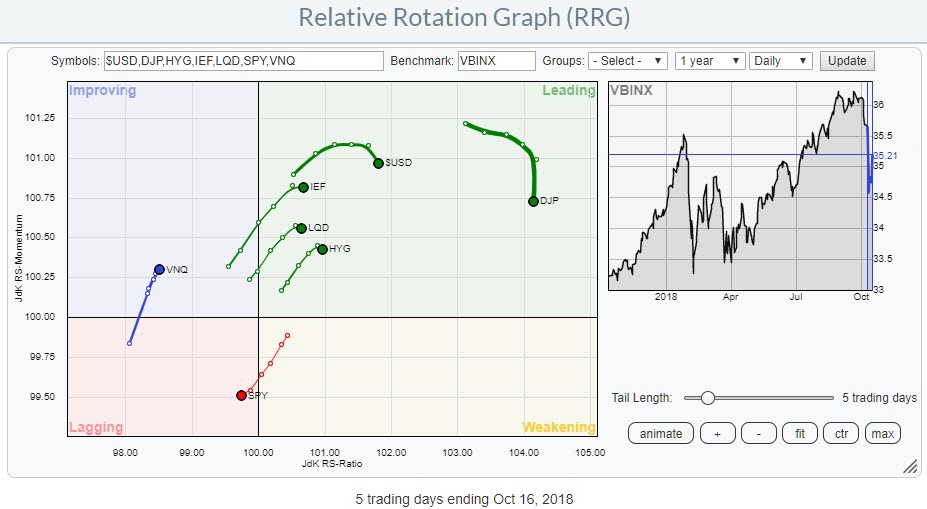 From this point of view, SPY is clearly heading lower on both scales and has just entered the lagging quadrant with the fixed income cluster now inside leading. The most important thing to monitor now is the speed of the rotation on the daily RRG.

If these rotations for SPY vs. IEF, LQD, and HYG can complete swiftly they may be able to keep SPY on the right-hand side of the weekly RRG with a quick rotation through weakening and then back into leading while fixed-income assets stay on the left-hand side and rotate from improving back to lagging.

It has happened before and can certainly happen again but I have to admit that over the past three years rotation, where SPY managed to remain in positive territory, started from RS-Ratio levels above 102 and it's now around 101.5

DJP, on the daily RRG, has already started to roll over and move lower on the RS-Momentum scale adding to the concern whether commodities will have enough relative power to make it all the way to the leading quadrant or turn back down again while inside improving on the weekly RRG chart. Odds seem to be in favor of the latter scenario.

All in all it's clear that markets are in transition and arriving at important crossroads. Summing up here are my observations for the equity market: