Coordinated complacency conspiracies - are likely the most evident tell-tale characteristics the first few months of 2014 will be remembered for. A hangover of misplaced faith in perpetual 'central bank' planning on a nearly-global basis; with similar purposes of forestalling inevitable impacts of debt-ravaged tougher economic environments. (This topic was explored in some detail, as it ties-into the 'technical' divergence between the market and private sector. It also related to the 'break' in the Russell, which to many is as important if not a bit more so, than the behavior of the S&P or publicly-followed Dow Jones.) 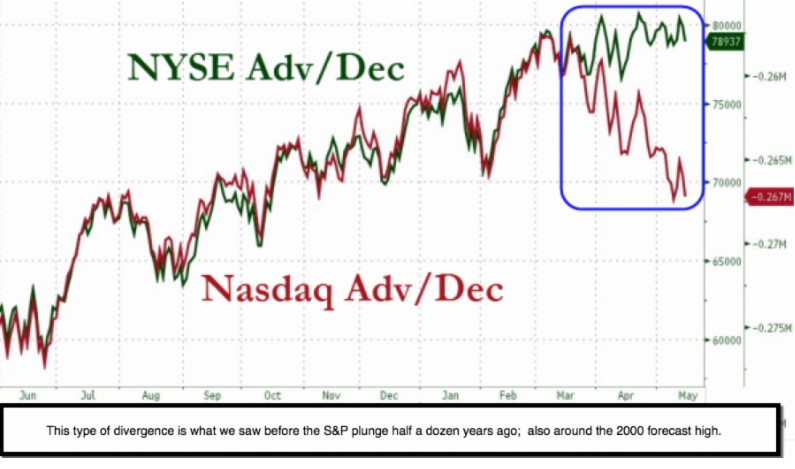 Amidst this backdrop a stealth forecast distribution into a 'resistance brick-wall' began early this year; with the technical internal top specifically noted early in March (expected first sell-off's to rebound as they were tax-based, not related to the 'real' sell-off projected for later in the April / May time-frame).

Even now, as 'Tepper tantrums' are presented as the sole reason for selling; it's amusing; especially if he continued holding leveraged SPY & QQQ Calls.
Currently holding an E-mini / June S&P short-sale guideline from 1897, our posture remained flexible through this period (especially Expiration week). 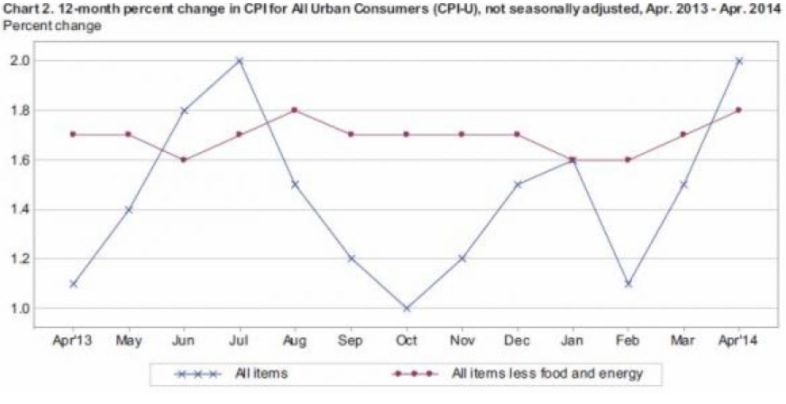 Bottom-line: the 50-day S&P MA was breached; as Russell approached the 1800 key level. A valiant effort (possibly Expiration-related) likely prevented those giving way yet; but given a little time (balance reserved for members).

Perhaps a least-noted most development Thursday: S&P stated prospects of lowering credit ratings on 'sovereigns' most likely impacted in the immediate future by 'global warming' (prospects shared in the full report). 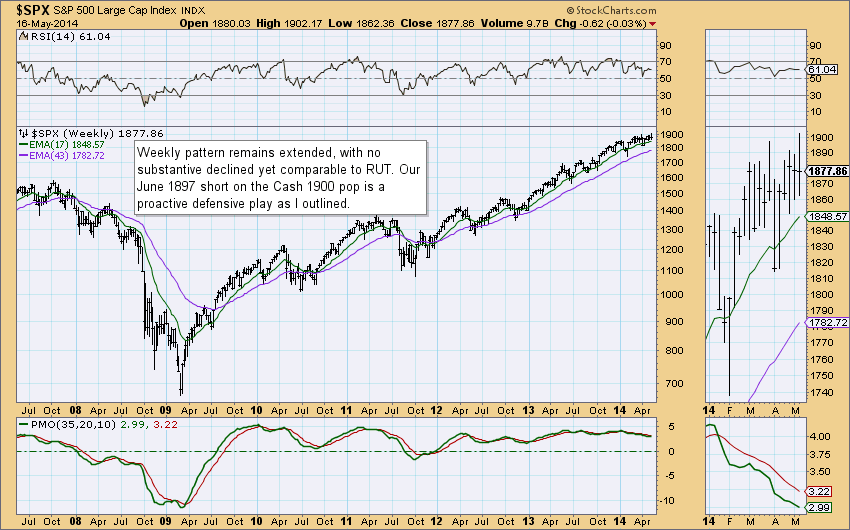 Our Silver stance: bullish on at 19; at 40 stated it will not see 50; called for a drop initially into the high 20's, then the high 'teens. This chart allows you to ponder whether it's a base or whether more risk remains. 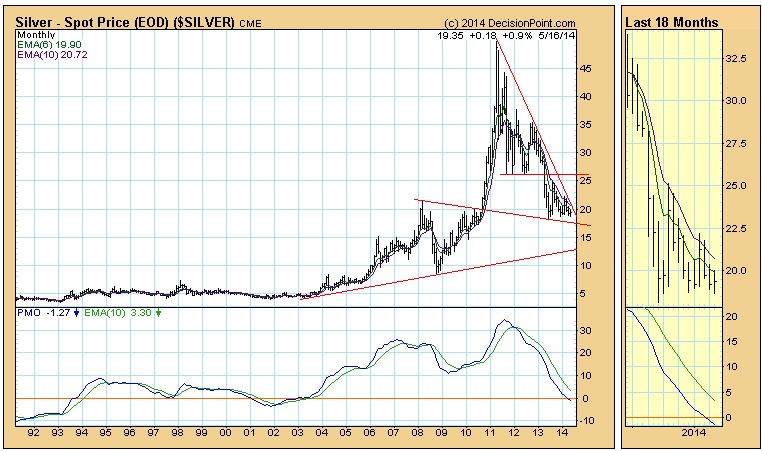 **Very long-term chart allows keeping this 'possible' basing pattern in perspective, rather than being too presumptive about London
'Fixing' closure meaning.

There are lots of hard challenges ahead; and this time, there must be sobriety in geopolitics & fiscal policies; beyond monetary shell games.