Petrified Fed policy - finally entered the 'center ring' of the financial circus in the past week, as the broad audience was aghast, ecstatic, or confused, with varied interpretations one could superficially draw from the FOMC meeting. 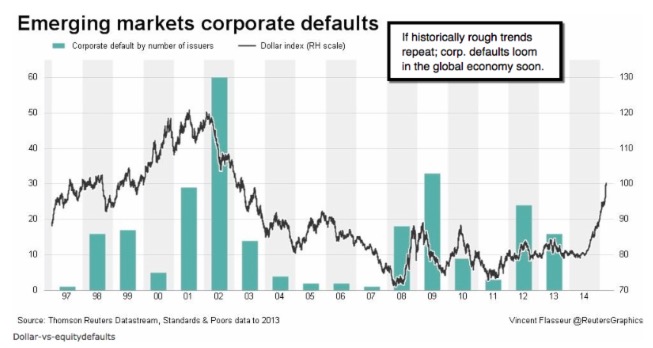 Several said it's a signal to 'buy anything' (as if the Fed will never move so it's fine to invest really in anything); others were shocked at the contradictions so inherent in Chair Yellen's remarks (or obfuscations); while still others contend the charade masks the busted credit channel to the private sector. Credit has become looser in some aspects; but not exactly constructively (like sub-prime sequels). 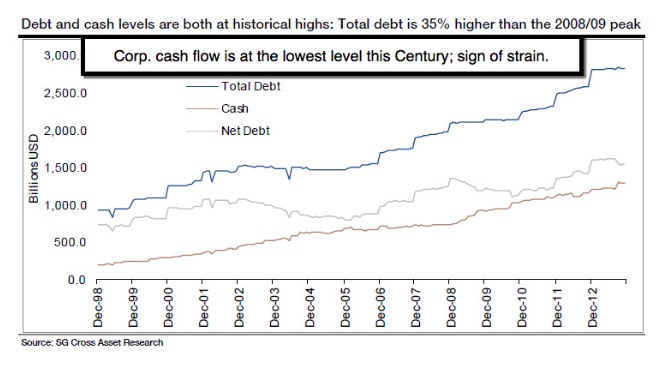 Basically the financial system ballooned dramatically over the past decade, at a time when the element of concurrent economic recovery really was absent, by contrast. That creates a very much evident strain or 'tension', not so much on the tape (though that exists frequently with market volatility); but in a form that is dangerous. 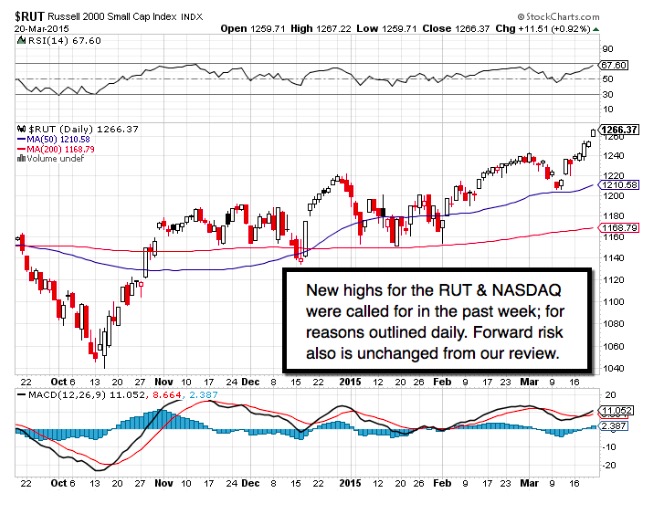 A way to avoid this would be, as Chair Yellen concurs, rapid growth. But that would necessitate firmer rates; perhaps roiling the credit markets big-time; an event the Fed is clearly concerned about. That is part of the revelation of the week's meeting; because now everyone that's not convinced that it's a 'ride the tide' 'till it ends approach (we expand on this topic rather specifically). 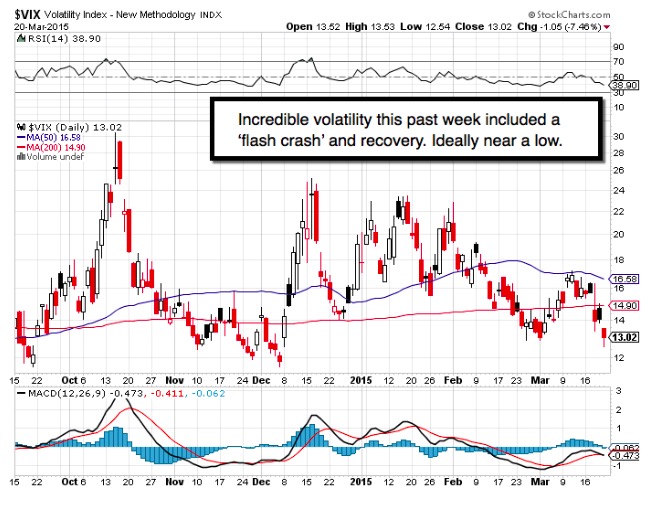 Bottom-line: the FOMC unwittingly is admitting they're in a massive trap; at least that's what we've been thinking, and believe they just confirmed it, in an unwitting way or not.

Daily action - found Expiration Friday to be much more active than many thought; based on the week's earlier volatility in both directions, giving plenty of pressure on bulls & bears alike to whittle-down their open interest. Even the most savvy of traders suspected that the Quarterly Expiration was mostly in the past before we got to Friday. Clearly it was more dramatic than that. 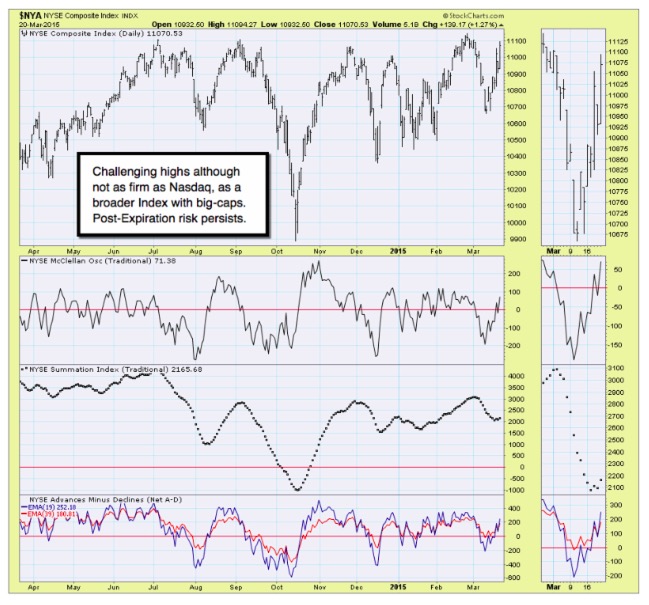 Based on our view a week ago that trading would be tough during a week that would be dominated by both the FOMC and the Quarterly Expiration, we had a thought that the past week would be up and the following week might be choppy (more specific expectations to our daily members).

Technicals are not lined-up; but they don't have to be in a grind that has little overall confidence, regardless of new highs by some Indexes or Averages. At the same time the much-vaunted surge of post-winter pent-up consumer and corporate spending, better appear, or they won't be able to explain away the stream of likely disappointing (especially in multinationals) Q1 earnings ahead as we enter the presumed-robust Q2. It will not however likely be so robust to justify price levels, and you don't have much macro data immediately ahead. 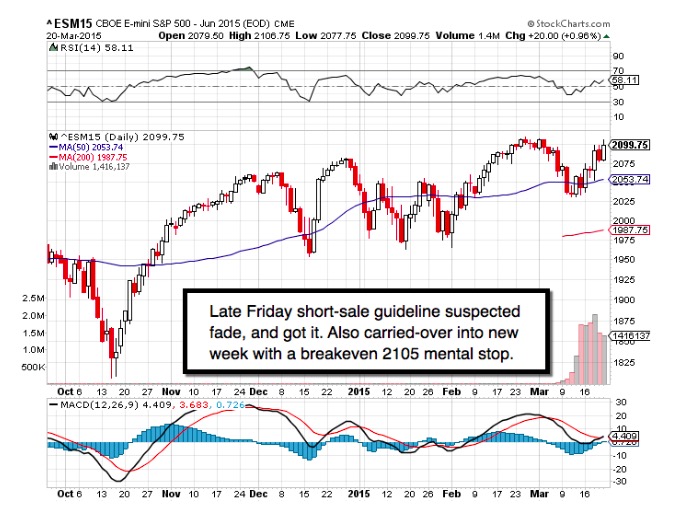 Foreign Exchange markets - experienced incredible swings; which can be devastating to 'confidence', especially as 'trends' in currencies should always be gradual, not 'flash crash' (or rally) style. What we got was a Euro surge as well as a Dollar purge; both of which we suspected would be reversed early Thursday, and indeed subsequent markets stabilized these back somewhat.

On the equity side, the post-Fed theme was 'shut up and enjoy the ride' (etc). It's not resolved; but definitely there are continuing distortions, that in a sense caused one analyst to call this a '401K market'. He's right; it's manipulated in the sense that managers are trying to match peers; not terribly interested in being heroic. That also sets them up (in another way).

Bottom-line: whether we're in the midst of highly risky financially-engineered 'market manias' (401-K version; not speculative individual investor variation of prior eras), it's an increasingly ominous time. That's the case even if (more). 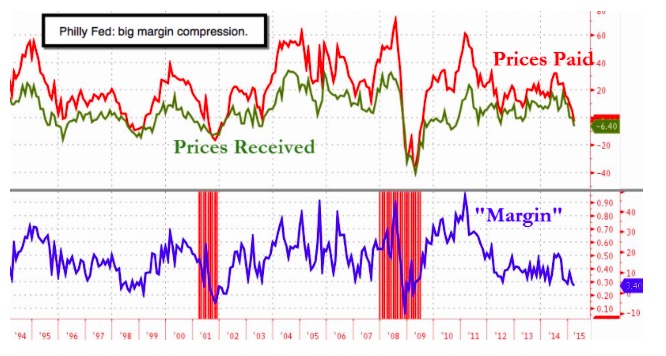 I do, however, believe the 'smoke & mirrors' (it was intentionally confusing as well as overly complex to avoid addressing the core issues at hand) FOMC News Conference is understood by many to be 'more' than merely retreating from transparency; but revealed lack of knowing what to do next. 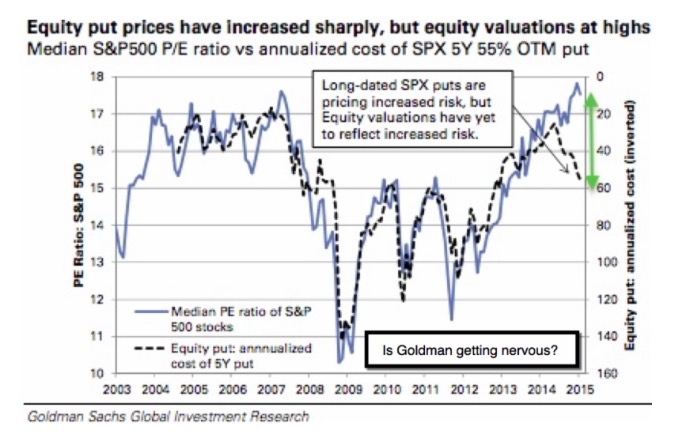 Bottom line: the Fed contends jobs are rising, while ignoring lower wages on non-supervisory positions (young or older folks working for lower wages). This combined with lower housing permits and consumption plus export impacts of our forecast strong Dollar; is why most believe the Fed has to 're-think' their plans. We suspect they've known the situation for a few months (more).

Global finance right now is a sort of 'Potemkin Village'; an impressive facade designed to hide an undesirable monetary condition. The Fed, ECB and other central bankers, are either putting on a show, or they're delusional (or both).

I have termed this a 'controlled Depression', rather than a 'real' recovery, for awhile now; and evidence fundamentally and technically continues to point to that quality of the condition in the markets, as well as economy; and thus the incredible disconnect that evolved. Risk has been shuffled to the public sector in the form of Debt, based on fortunes essentially leveraged upon public debt. It's hard to say what impact the creeping overall rates (forward prospects). 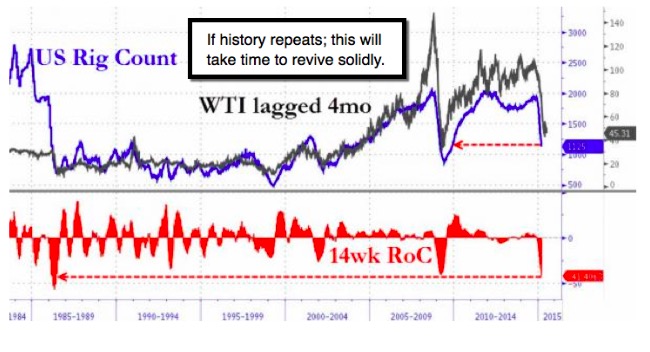 Profitability and economic growth - are interconnected globally these days; a reason why I've focused more on Europe and Asia in the past couple years. It is also why I considered the export of US Keynesian economics on steroids (QE) a dangerous move among central bankers; and you see the outcome. 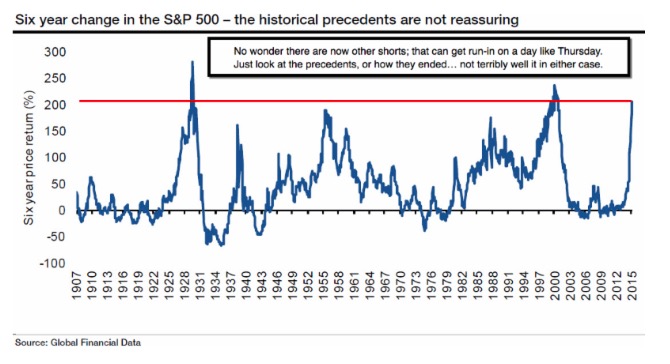 Aside running in shorts; and a mild (and due) pause in the Dollar; not much happened. There are more bears now, because common sense is catching a bit perhaps; but near-term that just sets them up either to question their logic (and buy-in at high levels); or it gets them run-in with temporary rebounds. 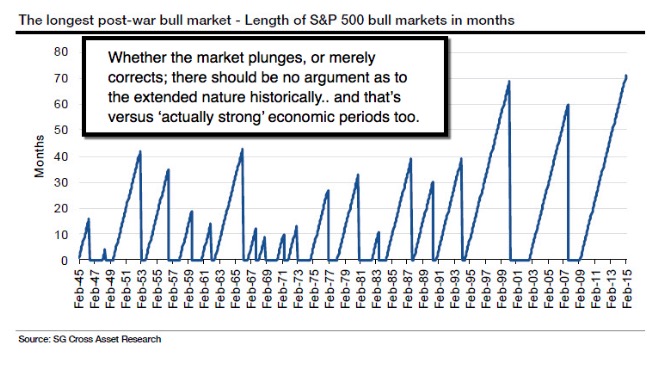 Bottom-line: stock markets remain on borrowed time. More volatility ahead; especially after a wild week of an FOMC meeting and Quarterly Expiration.

Rebounds occur because of fear, not optimism.