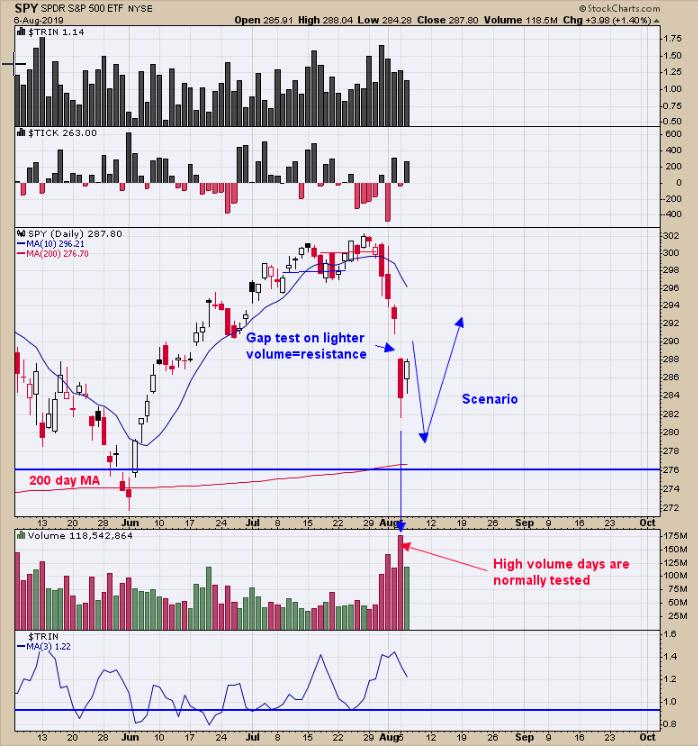 Today's rally did not touch yesterday's down gap, but came close. To officially test yesterday's down gap on the SPY, the market needs to rally past 288.21, yesterday's intraday high; today's high was 288.04. If the SPY continues to rally past Monday's high of 288.21 and volume is lighter than Monday's volume of 176M, then the gap will have resistance and create a short-term high. Monday's trading had a high volume day; most high volume days are tested and, if tested on lighter volume, will imply support. In a nutshell, if the market pushes higher tomorrow into the Monday gap and volume is lighter than Monday's, a sell signal could develop, with a minimum downside target to Mondays low. Back to being flat. 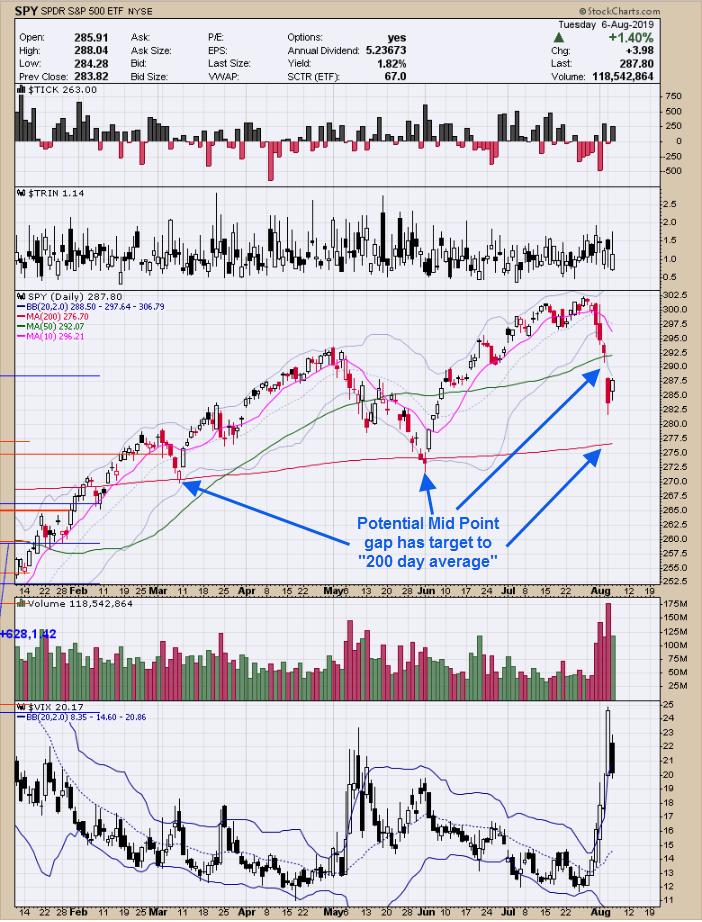 I don't think the final low is in. We had panic last week in the TICK and TRIN, which failed - usually, once the next panic is recorded in the TICK and TRIN, a bottom is formed. Yesterday's sell-off did not produce a proportional panic in the TICK (-34) or TRIN (1.28). These readings should have been much higher for a bottom to form; therefore, it does not appear the final low is in. Yesterday's high volume low also needs testing to start the bottoming process. There is potential that yesterday's gap could be a Mid Point gap (which marks the halfway point of the move). If that turns out the case this time, it would have a target near the 200-day moving average. The next low should be defined by large panic is the TICKs and TRIN. 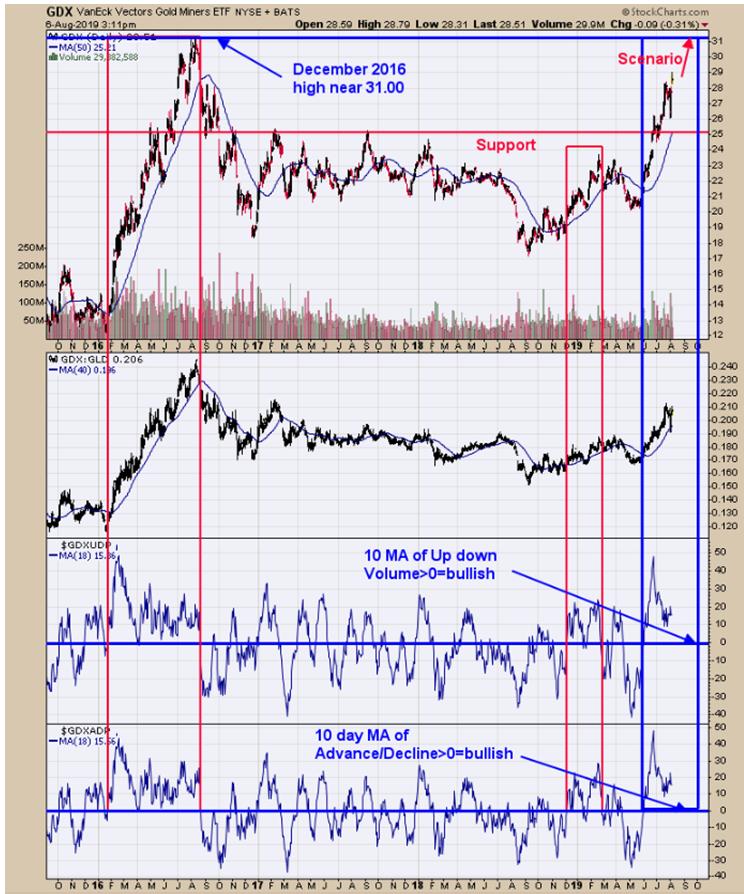 The two bottom windows measure the health of the GDX rally. The bottom window is the Advance/Decline for GDX with a 10-period moving average. A GDX uptrend produces readings above the "0" level and down trend below "0" level. The current reading is +15.36. The next window up is GDX Up/Down volume, with a 10-period moving average. Readings on this indicator above "0" produce uptrend in GDX; those below "0" produce downtrends. Current reading is +15.56. We have outlined in red squares when both indicators where above "0" for an extended time. The blue square outlined in the current time frames shows where we are now. As long as both indicators remain above "0" the GDX rally may continue higher. For now, the 31.00 range, which is the 2016 high, seems a reasonable upside target. Long GDX on 1/29/19 at 21.97.