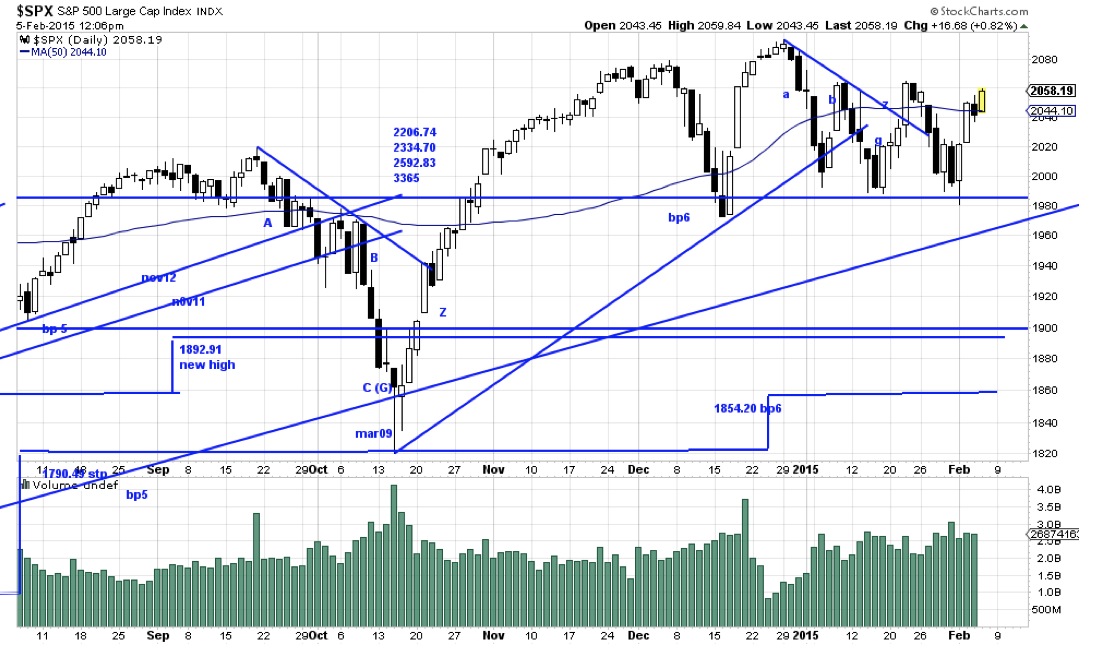 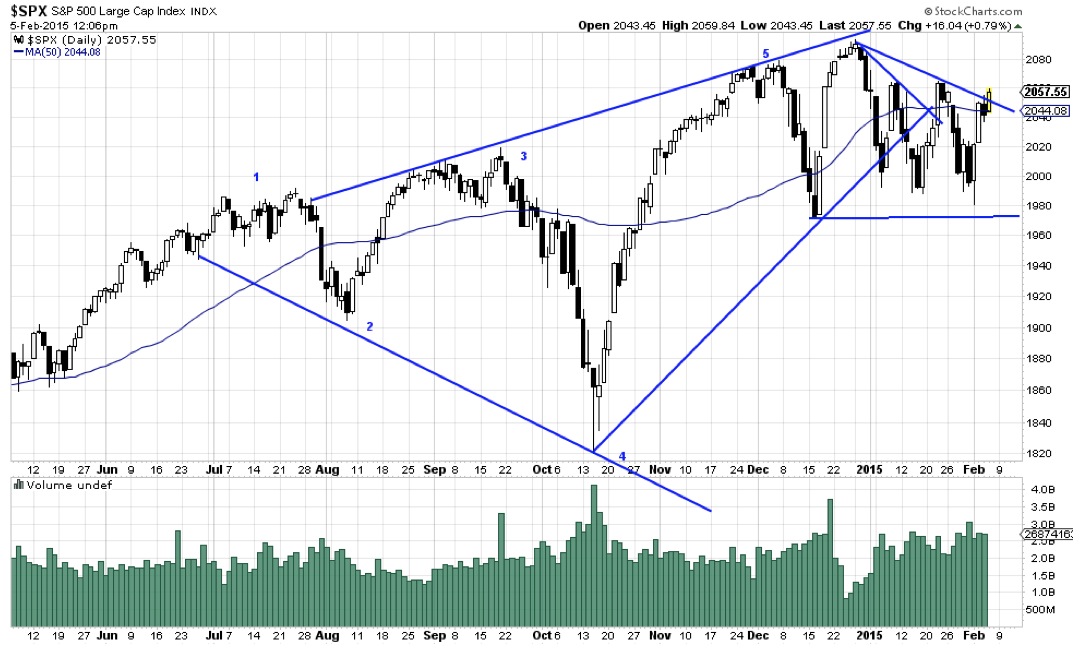 The top chart, as is obvious, is the present state of the naked mud wrestling contest.  Close your eyes and throw a dart, because there is no winning a contest of this sort -- except by not participating.  It does show the stops -- ignore them at your peril.
We have been staring with fascination at the lower chart, like a mongoose staring at a cobra.  A while back in December we questioned the interpretation of the pattern (1,2,3,4,5)  as a broadening top.  (It seemed too ugly and asymmetrical to fit the concept.)  But maybe the cobra is right.  Maybe it is a broadening top.  The naked mud wrestling going on right now could be a consequence of this very ominous pattern.  The last time we saw one of these was in 1999 and the follow through was not pretty -- resulting in the fall of the twin towers and the Bush bear wave of 2001.  (Well maybe not a direct causality, but we believe in witchcraft and crystal balls here. (No one has fooled with the pressure of our crystal balls.  --Except the Fed  --whose theme song is I'm forever blowing bubbles...)

The negative implicatons of these  patterns are sobering.  If we measured the depth of the top pattern (2093-1820=273-1820 = 1547)  we would be looking at an SPX of 1547 .  If we just measured the present congestion zone (or H&S) we would be looking at 1851 (2093-1972=121-1972=1851.  This may just be us stirring the cauldron with eye of newt and leg of frog.  Time will tell.  But for certain the warning bell has rung and will not unring until new highs are made.  From the point of view that the market has a purpose in everything it does, a downwave here makes perfect sense, setting the stage for  a massive surge upwards in the markets (Congress and the devil permitting.)  (Congress must get off its austerity obsession and permit the maintenance of the nation's infrastructure.  The devil must agree just to raise hell.)  (Our economist's hat has stars and crescents on it and was willed to us by J.M. Keynes.)

As some Shakespearean character remarked:  Hell is empty.  All the devils are here.  And nothing truer could be said of our economic and political situation.