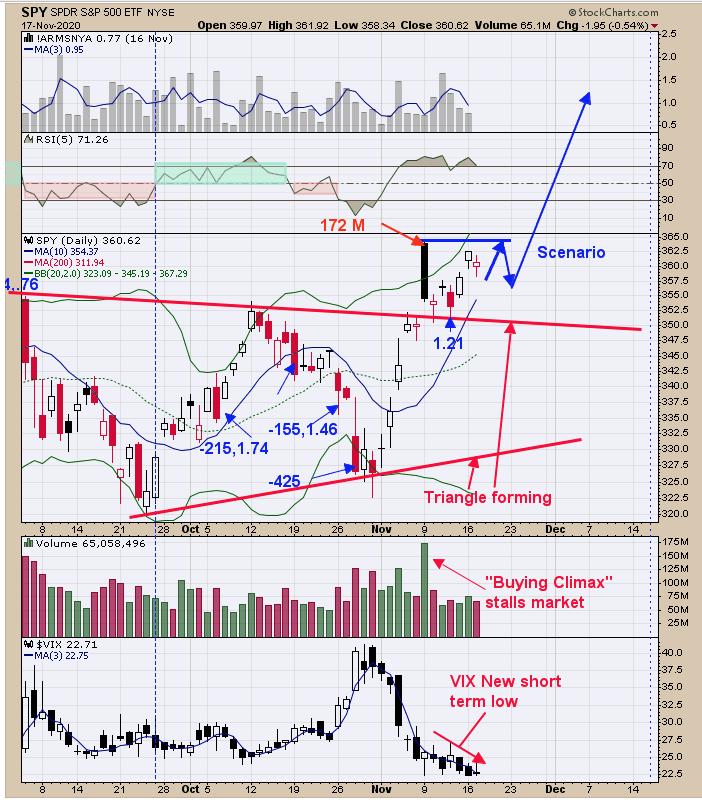 This week is options expiration week and November expiration has odds being higher nearly 64% of the time. The bottom window is the VIX, which is trending down and a short-term bullish sign for the SPY (VIX trades opposite of the SPY and when there is a divergence; would suggest a reversal in the market). November 9 had volume of 172 million shares. To get through the November 9 high, volume should at least reach 163 million (preferably more) and anything less will suggest resistance. So far, the SPY has not touched the November 9 high and, until it does, the volume rules apply. The TICK closed today at -252, which is bullish, but if TICK closes above +300 in the coming days on the potential test of the November 9 high and with volume less than 155 million (10% less than 172 Million), that will imply resistance. So far, the picture appears short-term bullish. 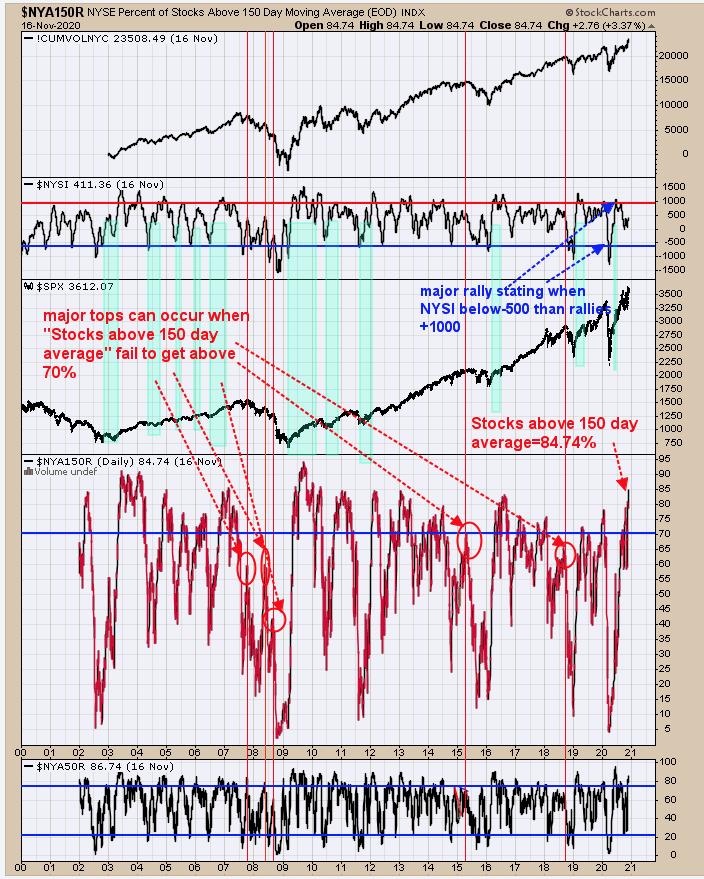 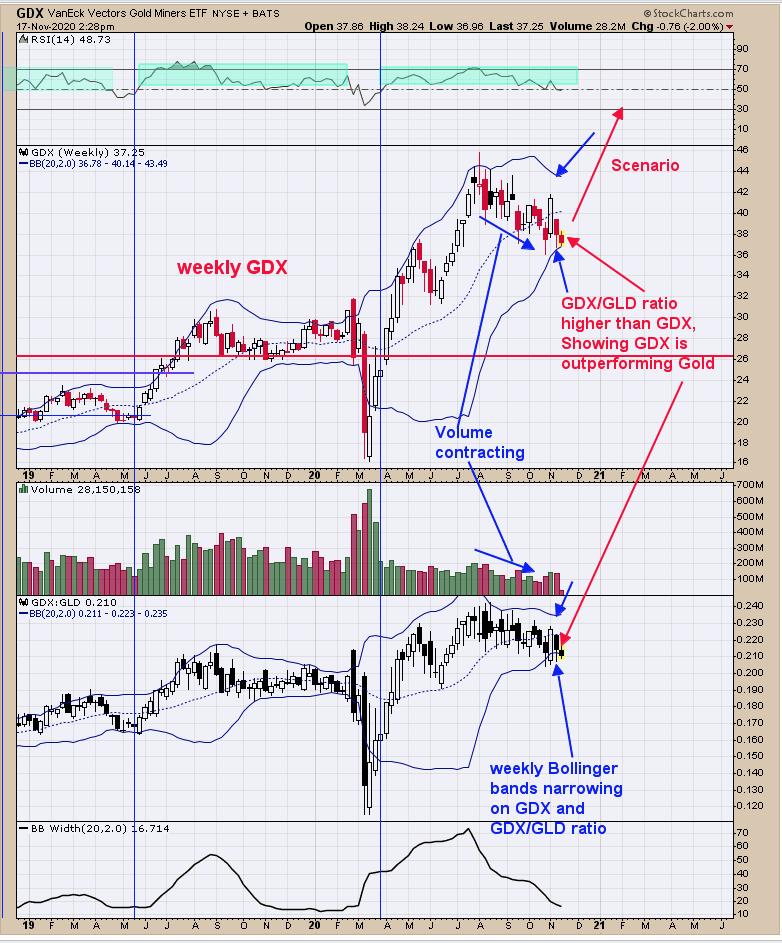 As we said yesterday, "As we pointed out in the past, the Bollinger Bands are pinching on both the weekly GDX and GDX/GLD ratio. The pinching of the Bollinger bands suggests the corrective phase is near an end and an impulse wave is about to begin. Since the Bollinger bands are pinching on a weekly timeframe, the coming impulse wave may last several months (we are thinking rally could last into February). Notice also that GDX is at the low of the candle two weeks ago and GDX/GLD ratio is near the lower third of the candle from two weeks ago, showing GDX/GLD ratio is stronger than GDX. This shows that GDX is stronger than GLD, which is what happens in bull moves for GDX. There was a bump in volume on the rally in GDX two weeks ago, which is also a bullish sign." As in the past, the rally will come when least expected, which should be sooner rather then later according the Bollinger bands pinching. Long GDX on 10/9/20 at 40.78.