As of this writing, the markets are in panic after Standard and Poor's downgraded US debt late Friday. Stocks, bonds and oil are down sharply overnight. Dow futures were down around 274 points at 2AM ET. The Dollar is also down, but the losses are relatively modest. Gold is the only thing trading higher. Even though stocks closed well off their lows on Friday, the major index ETFs will most likely break these lows on Monday. Analysis remains a lesson in futility at this point. The stock market trend is the only thing certain right now and it is down. Further weakness on Monday will simply extend this trends, which is already oversold. For what it is worth, the Fed meets this week with a policy statement expected Tuesday afternoon. 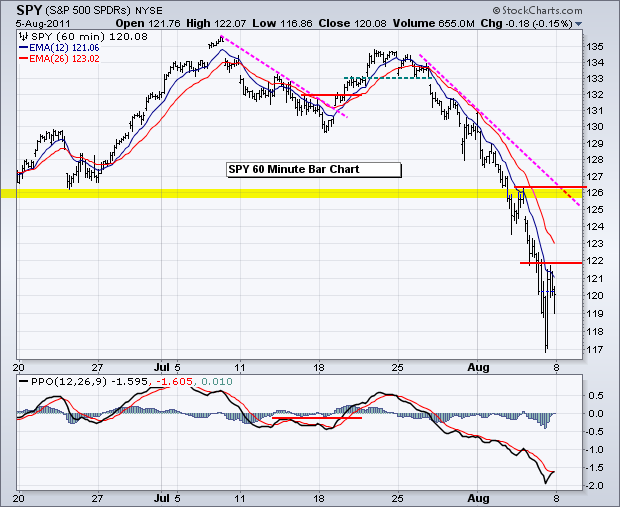 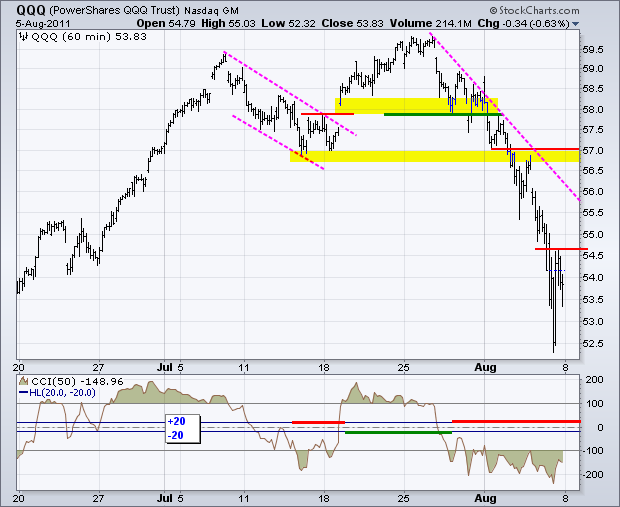 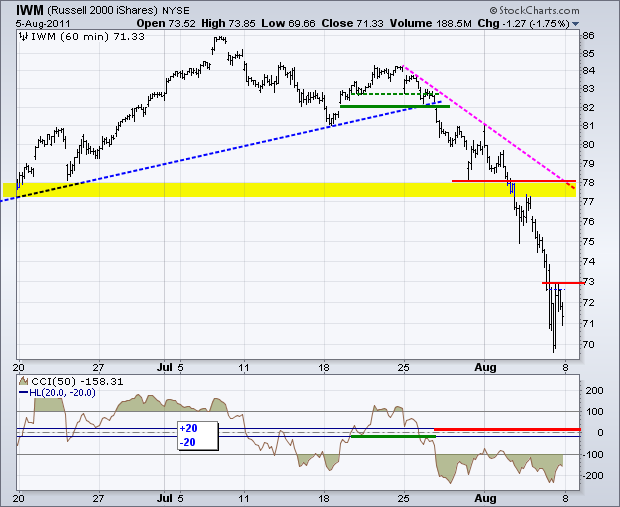 The 20+ year Bond ETF (TLT) is under selling pressure after the S&P downgrade. Bonds remain in short-term and medium-term uptrends, but TLT was ripe for a pullback after the 10+ percent surge the last two weeks. The S&P downgrade provides a great excuse to sell. Broken resistance turns into first support at 97. The late July lows mark key support in the 94.50 area. 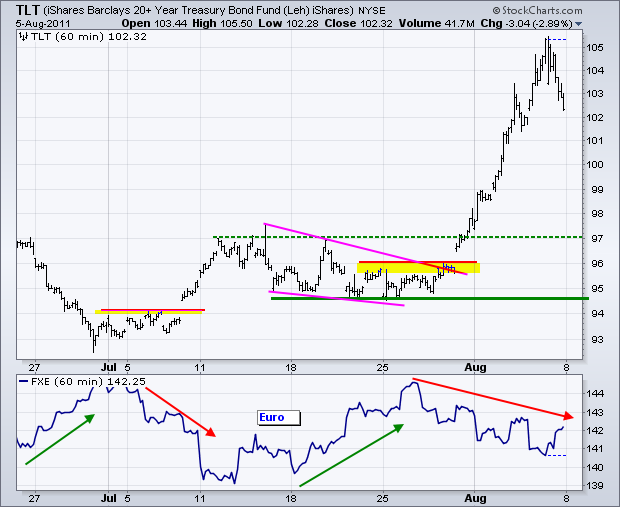 The US Dollar Fund (UUP) got its breakout last week, but met resistance near a key retracement and fell back. Deciphering this trend is one tough cookie. The ETF has been zigzagging higher the last two weeks, which means the short-term trend is still up. I am marking support at 21.03 and a break below this level would trigger a trend reversal. 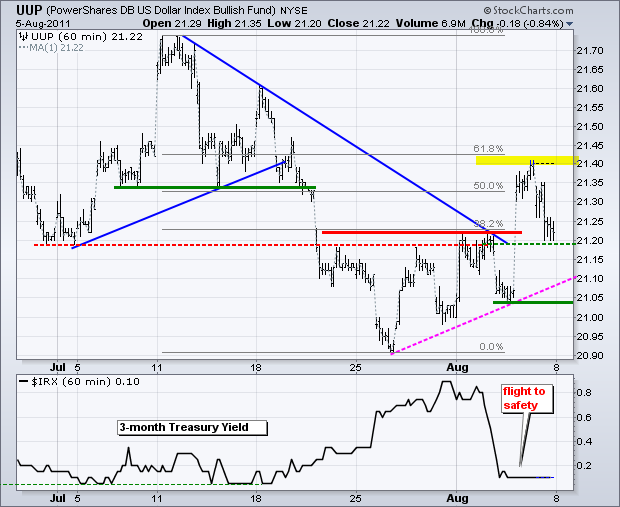 The 12-Month US Oil Fund (USL) is going the way of the stock market, which is down. Pervasive weakness in stocks and recent economic reports point to a slowing in economic growth, which means less demand for oil. USL was already oversold, but it is going to get even more oversold on Monday. 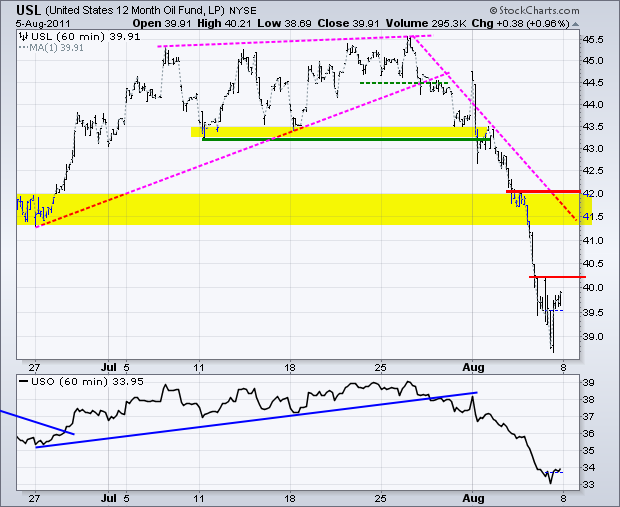 Outside the Swiss Franc and Japanese Yen, the gold remains the only valid alternative to Euros, Dollars, Euro debt and US debt. The Gold SPDR (GLD) broke resistance in early July and moved steadily higher the last five weeks. The uptrend may have slowed, but it was never in jeopardy of a reversal. 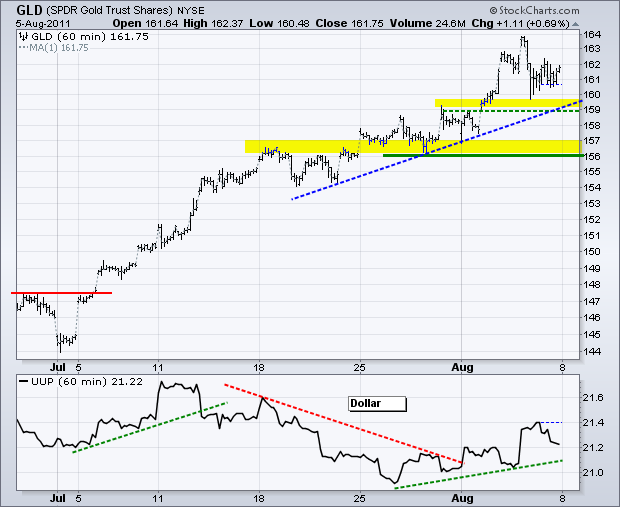