Stocks clearly broke down with a broad-based decline on Tuesday. Even though the short-term trend is now down, keep in mind that stocks are already short-term oversold and the medium-term trend is still up. On the S&P 500 ETF (SPY) chart, the ETF broke the support zone with a gap below 136 and close below 135. Broken support and the Monday afternoon high mark the first resistance zone in the 136.40-137 area. RSI broke below 40 on Monday for the early warning and moved below 30 for the first time since mid December. The 50-60 zone now becomes resistance. 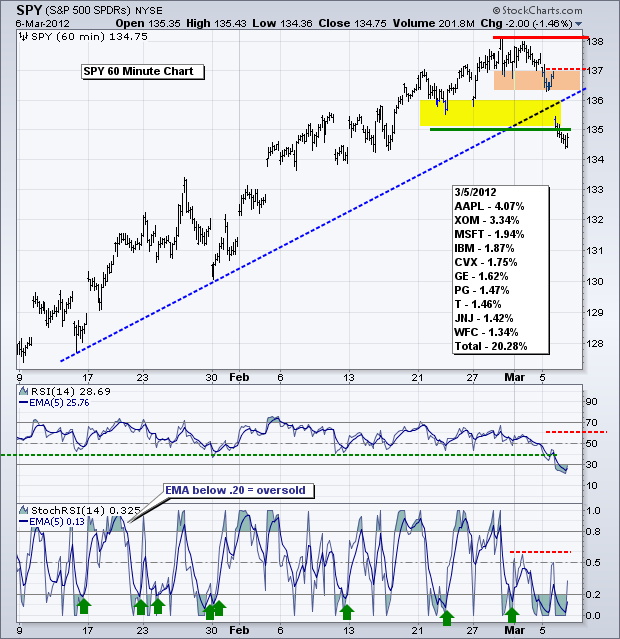 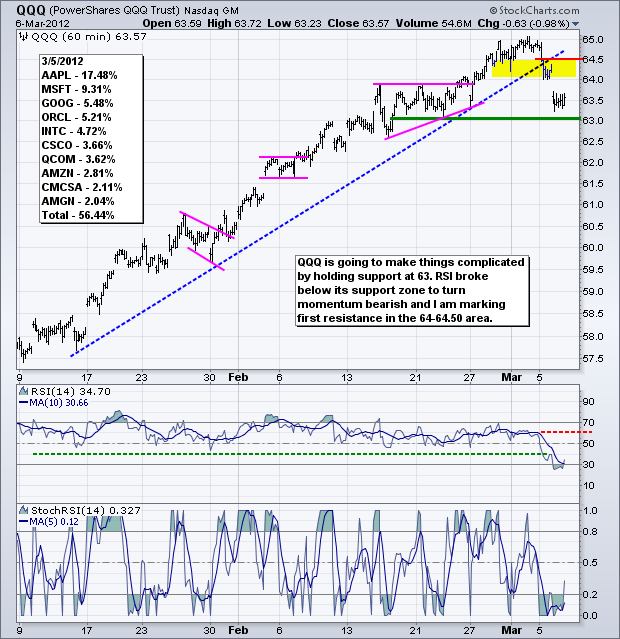 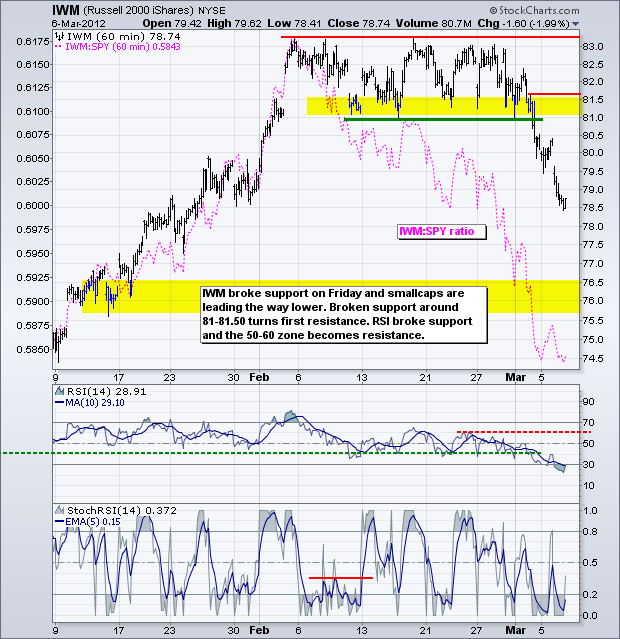 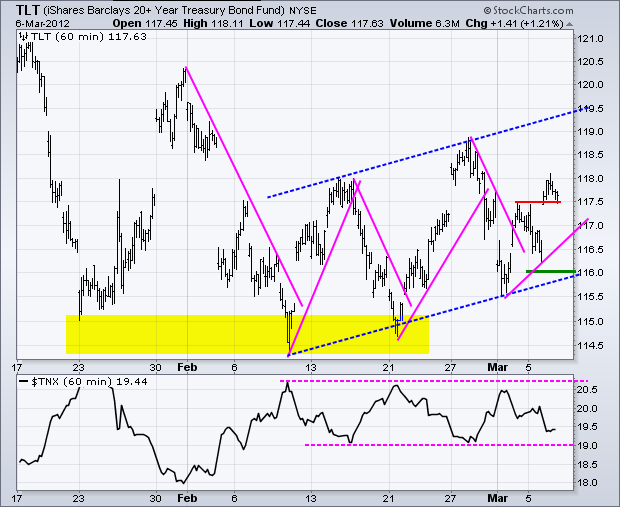 The US Dollar Fund (UUP) surged and consolidated again. This time resistance from the mid February highs is coming into play. Also note that the Dollar is short-term overbought after a surge the last four days. RSI moved into bull mode with a break above 60 and the 40-50 zone becomes support. Greek bondholders are in the process of accepting or rejecting the terms of their haircut. The deadline is Thursday and successful resolution could provide a boost for the oversold Euro. 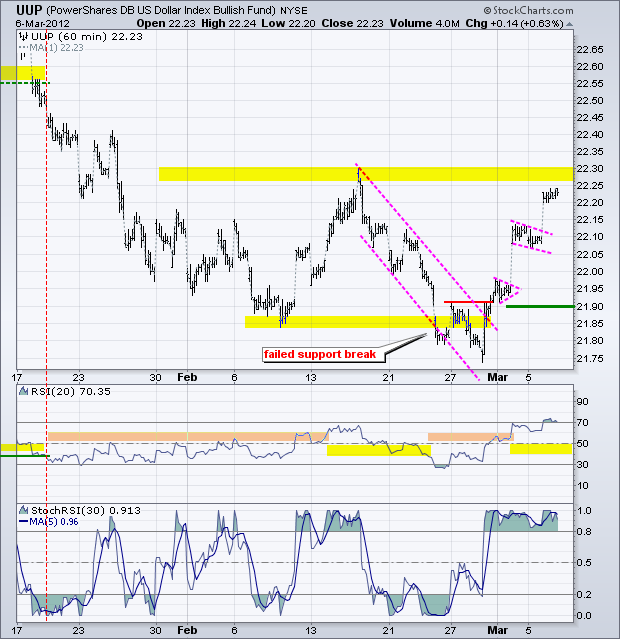 Oil declined along with the stock market and the Euro. Strength in the Dollar weighed on commodities across the board on Tuesday, but the US Oil Fund (USO) finished the day right at support. I am tempted to draw through the spike above 42 because this is based on false rumors of a Saudi pipeline explosion. Overall, it looks like a falling wedge is taking shape with resistance at 41. A break above this level would signal a continuation higher. 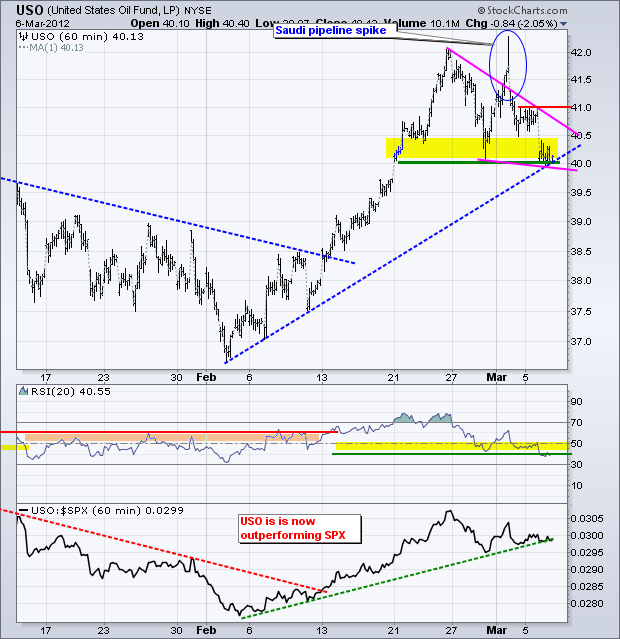 The Gold SPDR (GLD) fell further as strength in the Dollar and weakness in the stock market took their toll. GLD failed to hold the flag breakout, broke support and is now in a freefall. Broken support in the 166-167 area turns into the first resistance zone to watch. I am setting key resistance at 168 for now. 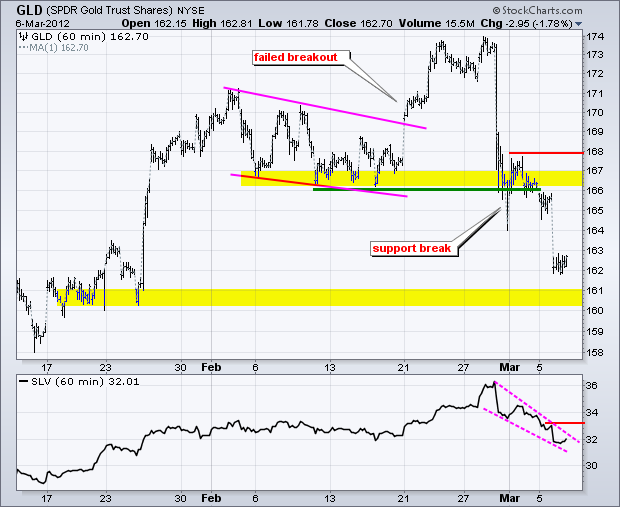