There is no change in the indicator summary, but the market is looking a bit tired and perhaps ripe for a correction or consolidation period. The Nasdaq AD Volume Line did not come close to its spring high and the NYSE AD Volume Line hit resistance from its spring high. The volatility indices hit extremes last week and surged this week. These extremes suggest complacency that could give way to a correction. Small-caps led the market in August, but the $RUT:$OEX ratio remains in a downtrend since February and turned back down the last two weeks. Stocks were overbought just two weeks ago so a correction period would be quite normal. Also note that the S&P 500 hit a 52-week high ahead of third quarter earnings and recent warnings do not support a 52-week high (see CAT, FDX, INTC, NSC). 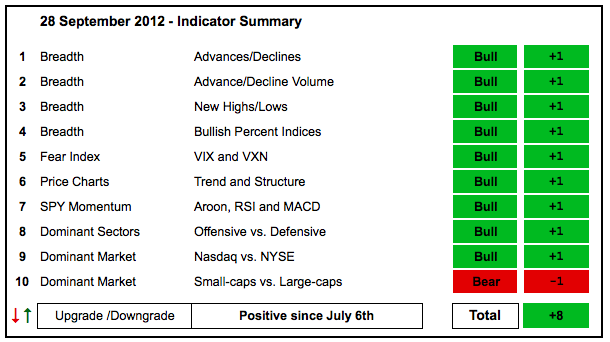 This table is designed to offer an objective look at current market conditions. It does not aim to pick tops or bottoms. Instead, it seeks to identify noticeable shifts in buying and selling pressure. With 10 indicator groups, the medium-term evidence is unlikely to change drastically overnight. 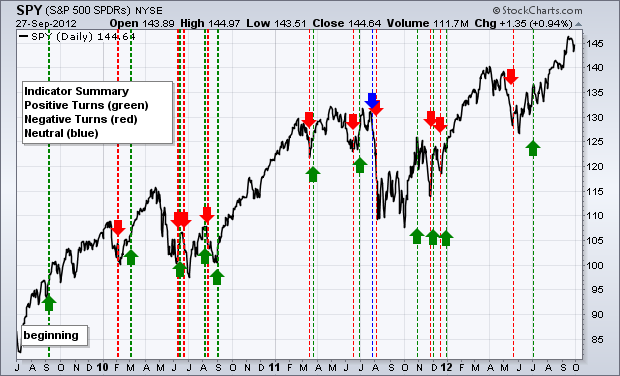