The blue annotations show a possible support zone that stems from broken resistance (45-46 area). It is also clear that the decline from the November high to the Jan-Feb lows retraced around 2/3 of the prior advance (March low to November high). Thus, we have a normal retracement and a return to broken resistance break, which means this could be a correction. 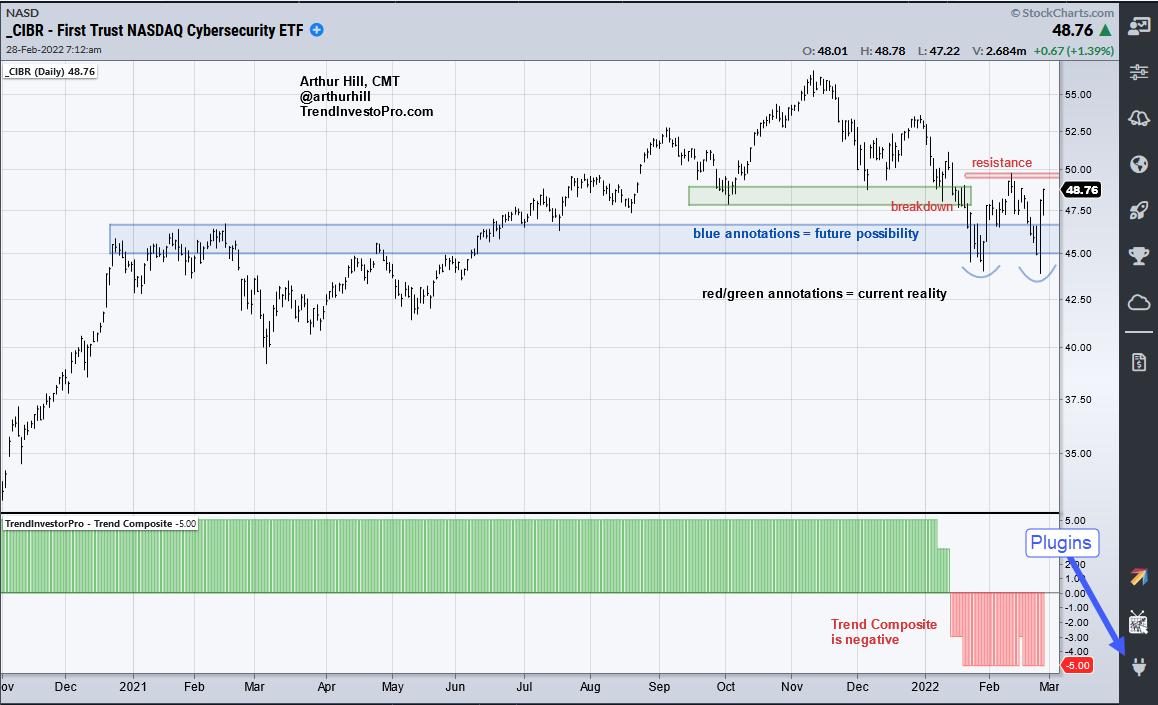 Even though CIBR found support and surged late late week, it has yet to reverse the immediate downtrend by breaking above a prior high. Also note that the Trend Composite turned bearish in mid January and price broke support on 21-January (green zone). The Trend Composite signal and breakdown are the dominant chart features. The red shading shows resistance and a break above this level is needed to reverse the immediate downtrend. Thus, the downtrend is in force until proven otherwise.

The Trend Composite is one of 11 indicators in the TrendInvestorPro Indicator Edge Plugin for StockCharts ACP. Other indicators include the Momentum Composite and ATR Trailing Stop. Click here to learn more