It is the season for the bears to be out roaming looking for blackberries in Canada. 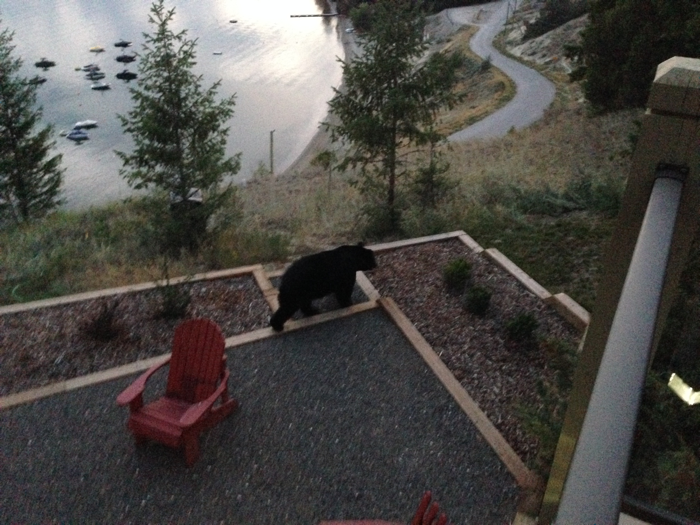 The corporate Blackberry (BBRY) seems to struggle with the grip the bears have too. This double digit area on the chart below is a big problem for BBRY as the $11 level has been significant resistance over the last year.  There are numerous events on the chart that make it interesting here.

First of all, the RSI spending some time above 50 on the weekly is a nice bullish trait. There is a marginal improvement in SPURS shown in purple. I notated it as "no improvement yet" on the chart, because it is almost negligible. The SCTR did a nice push up, then a pull back and has now reentered the top quartile again. I like to see that SCTR action. That is very bullish. The Chailkin Money Flow (CMF) has stayed positive for 3 months now. 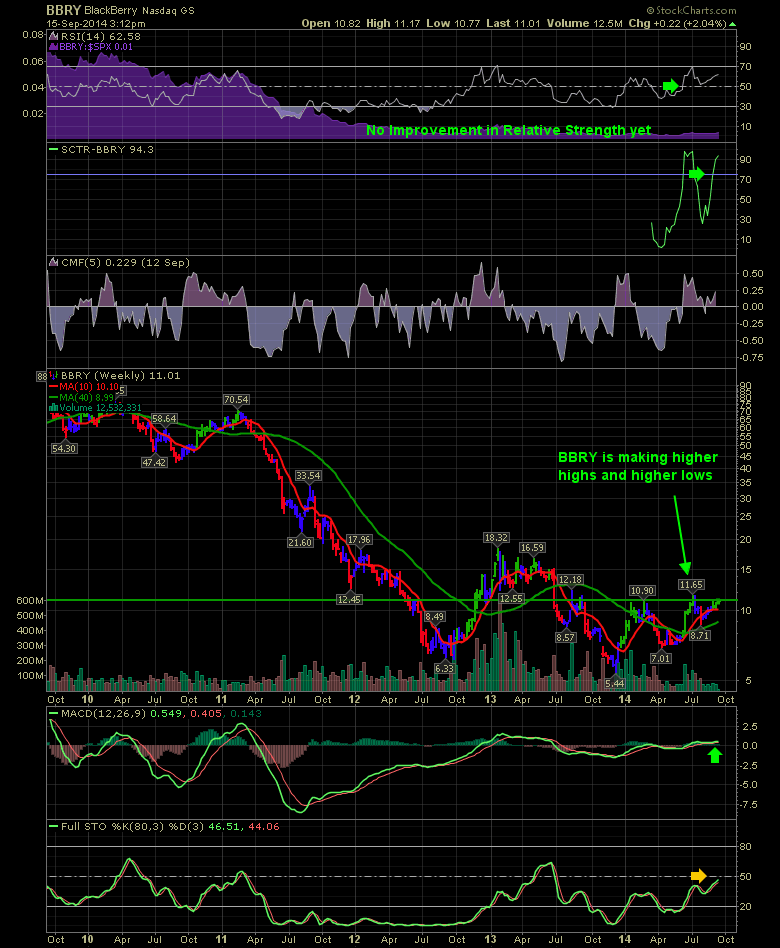 While Blackberry is at least making higher highs and higher lows now, this base structure looks like a typical Wyckoff base structure.  It reminds me a lot of the FB base just before it broke out. I have put the Facebook chart down below so you can compare. 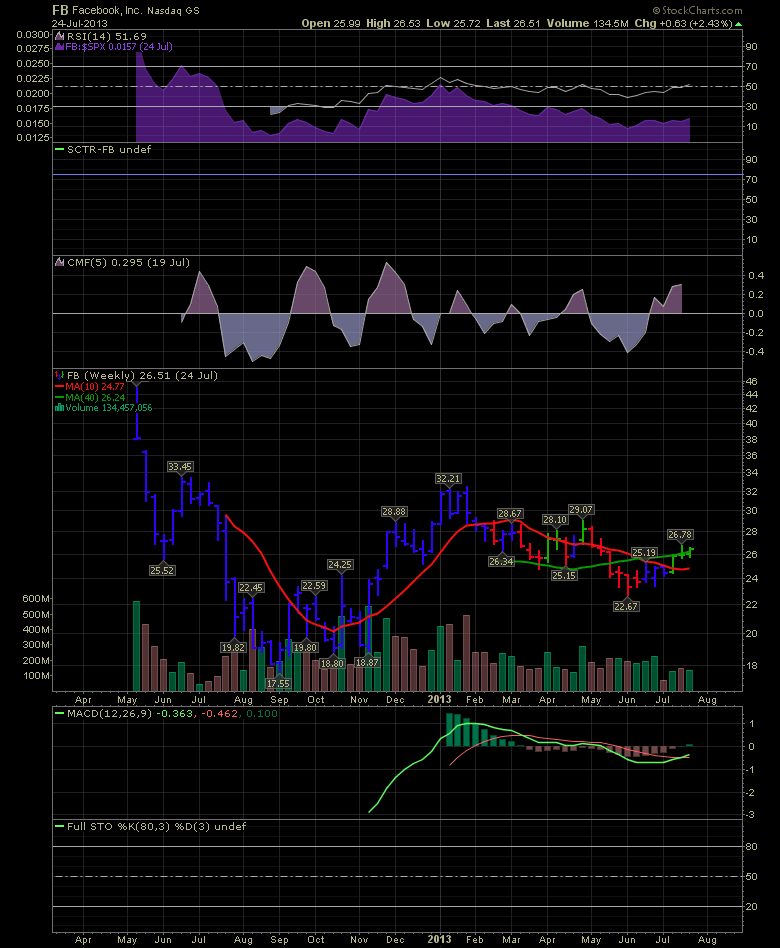 It may appear that their corporate connectivity strategy is starting to hold the investors interest.

If we can breakout, this has all the makings of a successful base.