Lately, some of the banks have been behaving very poorly. This can actually be widened out to include some of the insurers as well. In a webinar on Tuesday, Martin Pring on Tuesday, February 2, 2016 (Market RoundUp Live With Martin Pring and Greg Schnell), Martin and I presented two different views from the financial sphere that indicated stress within the financial sector. I wanted to take the time and add some of these charts to the blog article commentary as I feel they are pretty important.

One of my fellow technicians in New York told me a simple rule. When the banks break down, something is going on, they can see trouble sooner than anyone else because they can analyze their customers financials at any time. First let's look at the US banks because they are some of the biggest in the world. 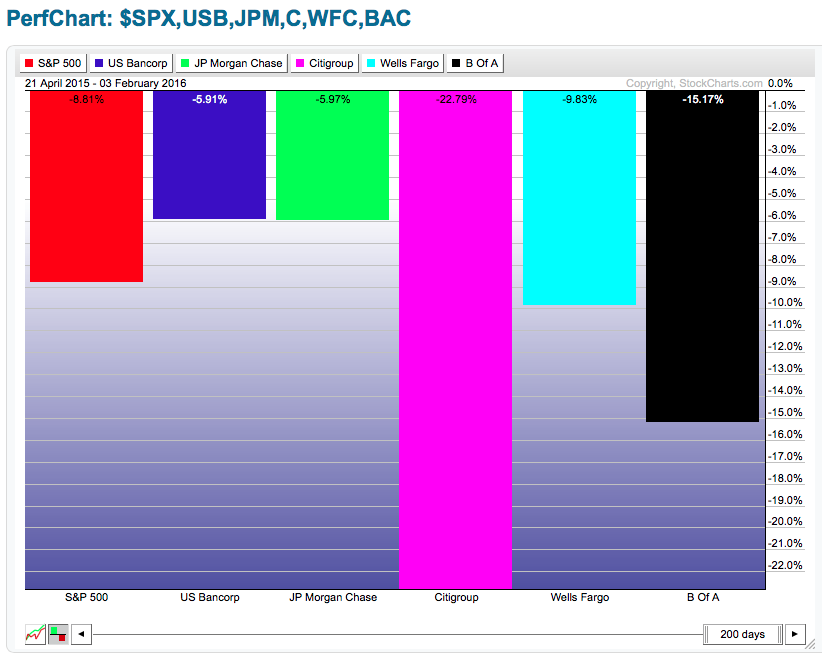 On each of the charts, priced in American Dollars, compare them to the $SPX. I find the global weakness alarming. As well, Broker Dealers are considered a leadership group. We could extend that out to asset managers and others in the financial sphere. However, here is a snapshot of just a few of the other financial areas in the US. 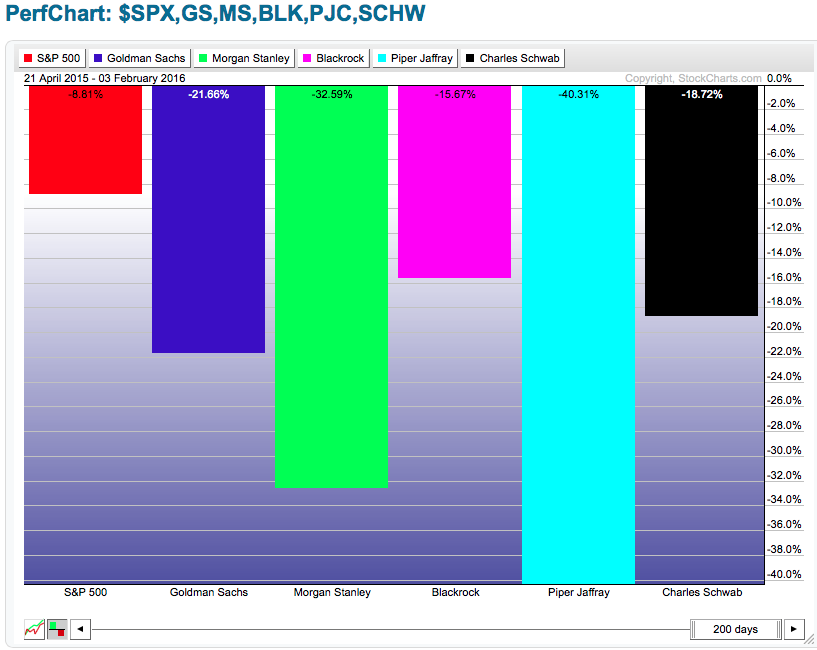 Looking at the Canadian banks, they are some of the strongest in the world. With a bit of pressure on the wellheads in Canada, the banks have had some pressure as well. Canadian Banks Link. 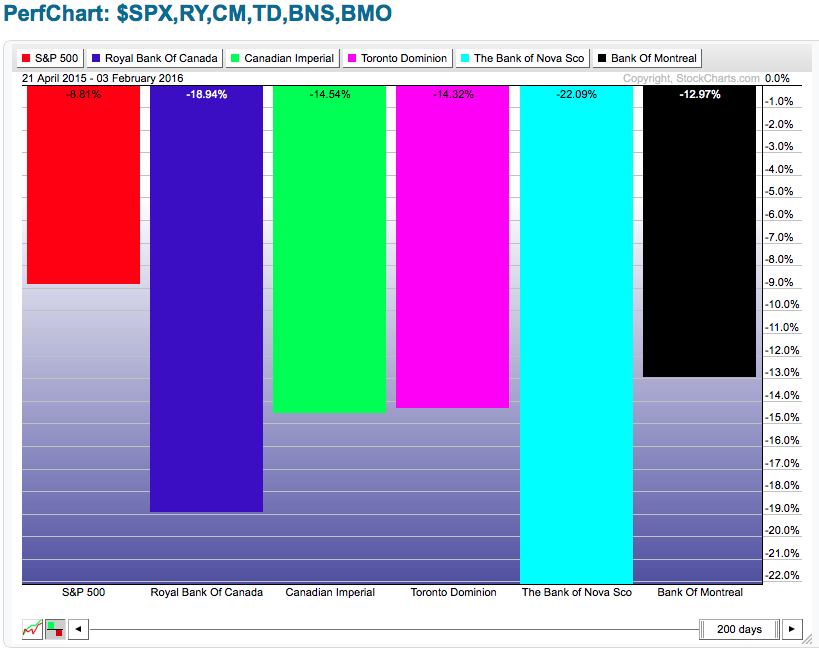 Looking into the heart of the Japanese Banking system, there also seems to be some pain. Japan Banks 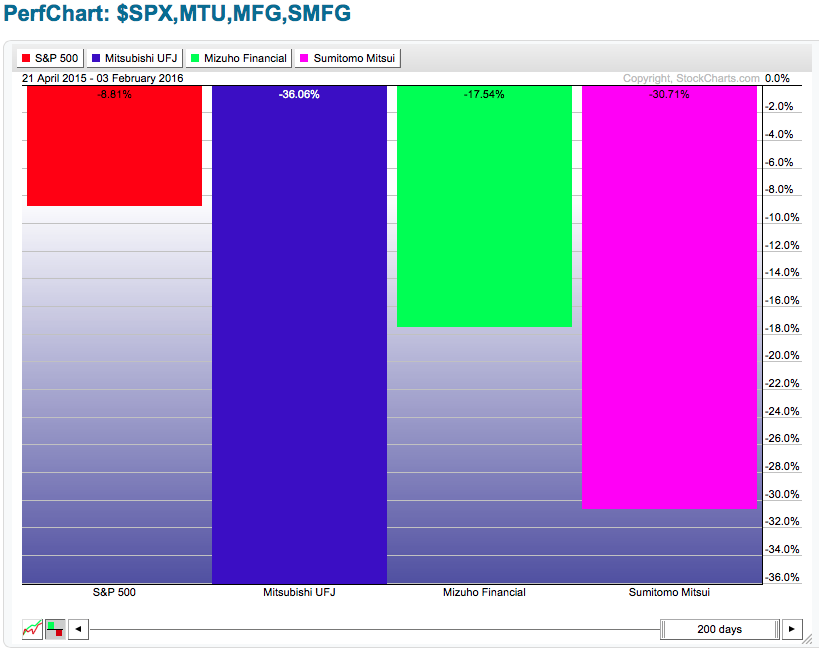 Chinese Centred Banks are not exactly knocking it out of the park either. Chinese Banks. 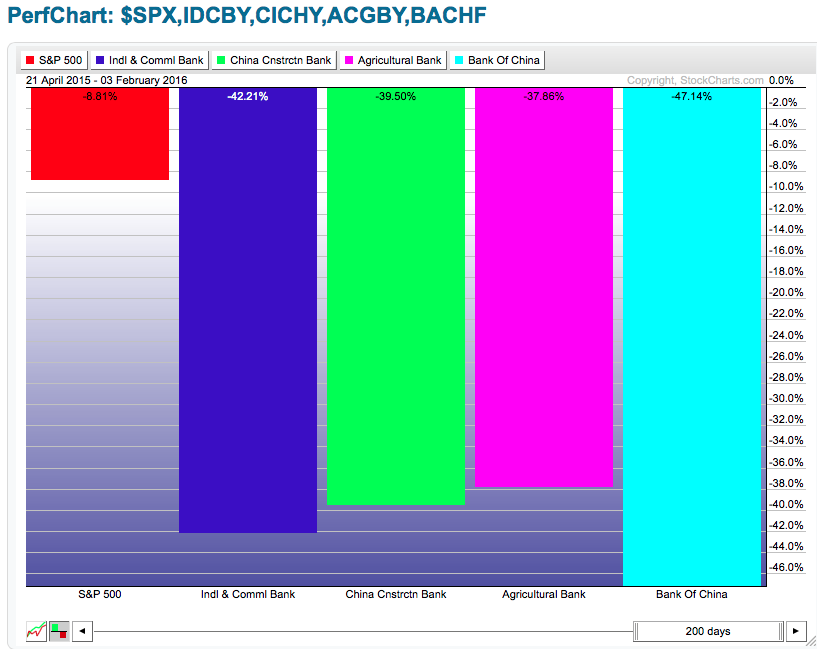 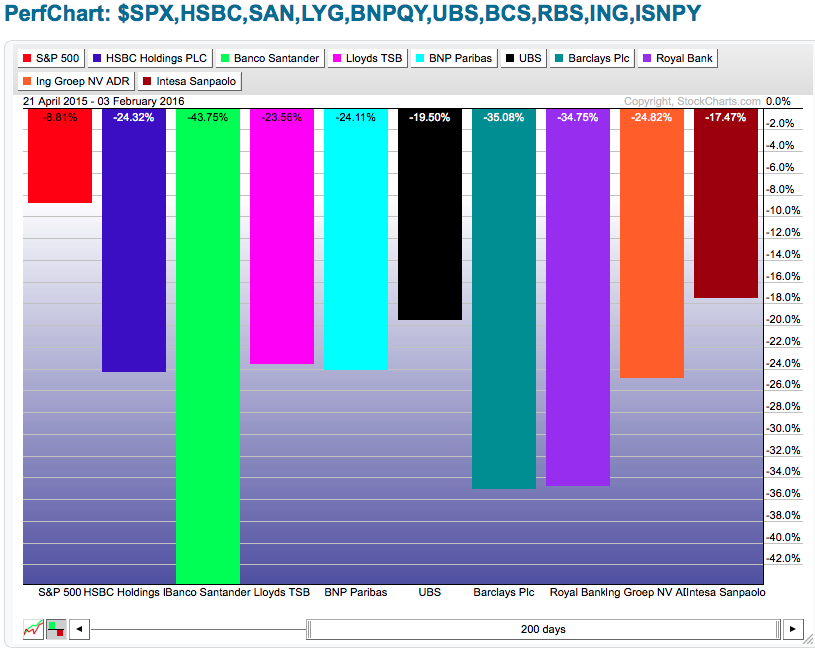 All that to say, this little pullback in oil that is supposed to be a tax cut for everyone, appears to be hammering companies around the globe. I don't think it is all oil, but there is clearly something rocking the banks worldwide. Starting back in October 2014, we were worried about the breadth of the oil collapse. While I think oil is a big factor, the banks have gone out of their way to talk about the minimal financial concern. There might be something else that is also under the hood. The charts look broken with lots of them down to three-year lows. Some of them are below the 2009 lows. The message is clear in my mind. There is a crack in the armour of the banks and until we see it in full after the event, caution is warranted. Without a good argument otherwise, I would suggest caution towards the banks and the broader markets until the visibility brightens.