Copper is the most important metal in the greening of our energy sources. Lately, the commodity has pulled back, but the copper stocks got smoked. So the real question is: Is this a bull flag, or is it the end of the run for a while? 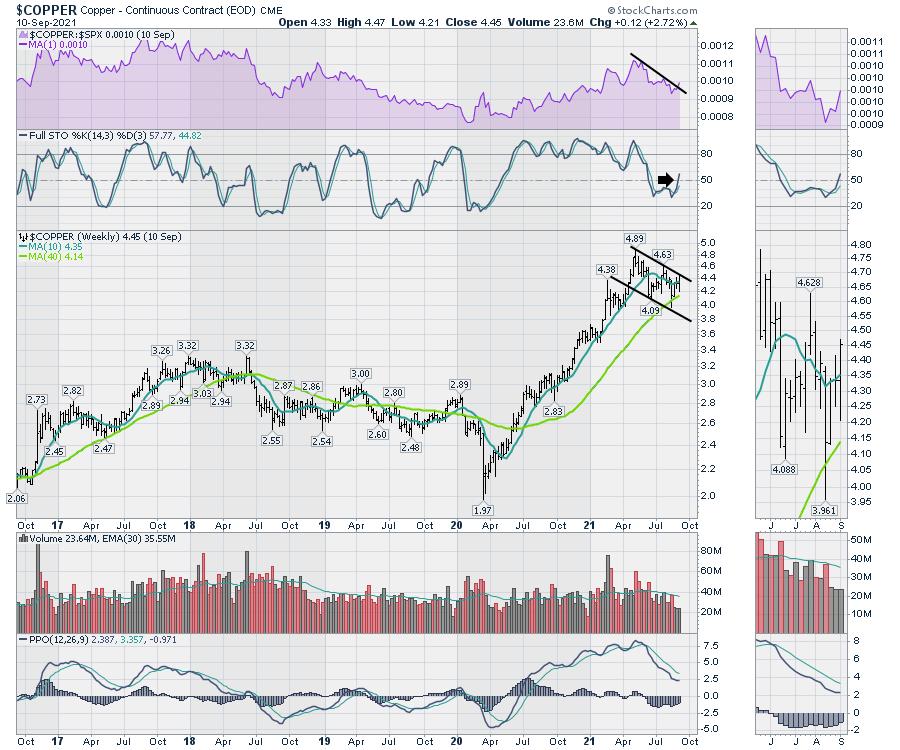 Copper popped on Friday as the Biden administration said they would not approve the big copper mine in Southeast Arizona. Copper's price has also been impaired by the Chinese government creating strategic reserves of metals like Copper. When the price of the metal gets too high, as decided by the government, they release copper into the market to slow/reverse the price back down and refill the reserve when price is near the bottom.

This use of the strategic reserve strategy is similar to the wider strategy of the U.S. strategic Petroleum reserve, in my opinion. The difference is the Chinese government is using it across many of the commodities, and more often. What that does is confuse the supply/demand picture. It also has the effect of slowing investment in new mines to replace reserves for the future. If the new mines won't be approved by government, can the Copper price stay low?

There are a few major copper companies, and these companies have to deal with these wide price fluctuations. Such is a commodity investor's lifecycle, seeing the big swings either way! When they are heading higher, it's pretty bullish and they can move rapidly!

Freeport McMoRan pulled back 30% on copper's flag pattern. The full stochastic is making a higher low, suggesting a nice setup for a trade here. On the zoom panel, we can see the overlapping price action lately. Price is now oscillating with the 40-week moving average as support. The PPO is down near zero. Usually, stocks in an uptrend will bounce near zero and start the next leg higher. The same can be said about the 40-week MA. Most bull market runs stay above the 40-week. 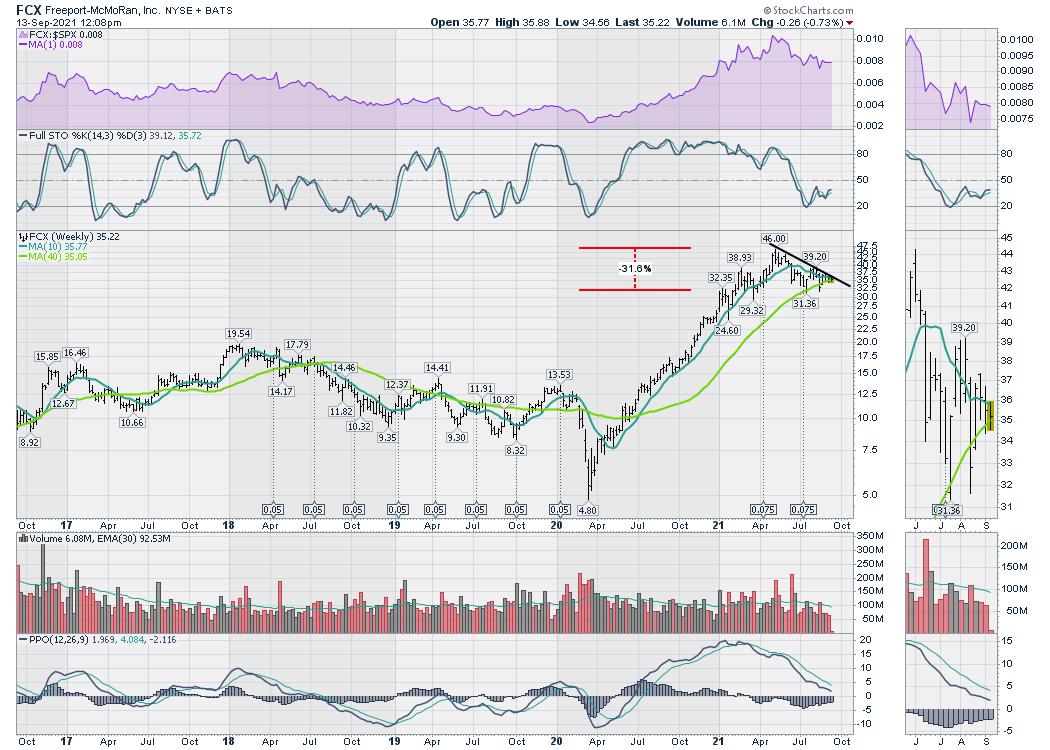 SCCO (Southern Copper) double-topped in May, plummeted for 5 weeks and is now trying to hold support near $60. With the price action underperforming the $SPX, this doesn't look particularly bullish. Volume has declined for most weeks since June, with two exceptions. One was the week of July 4th, a short week that was really low, making the next week look higher. The second was a one-week surge that couldn't start a rally. The PPO momentum indicator needs to turn up here or this is going to be setting up for another leg lower. 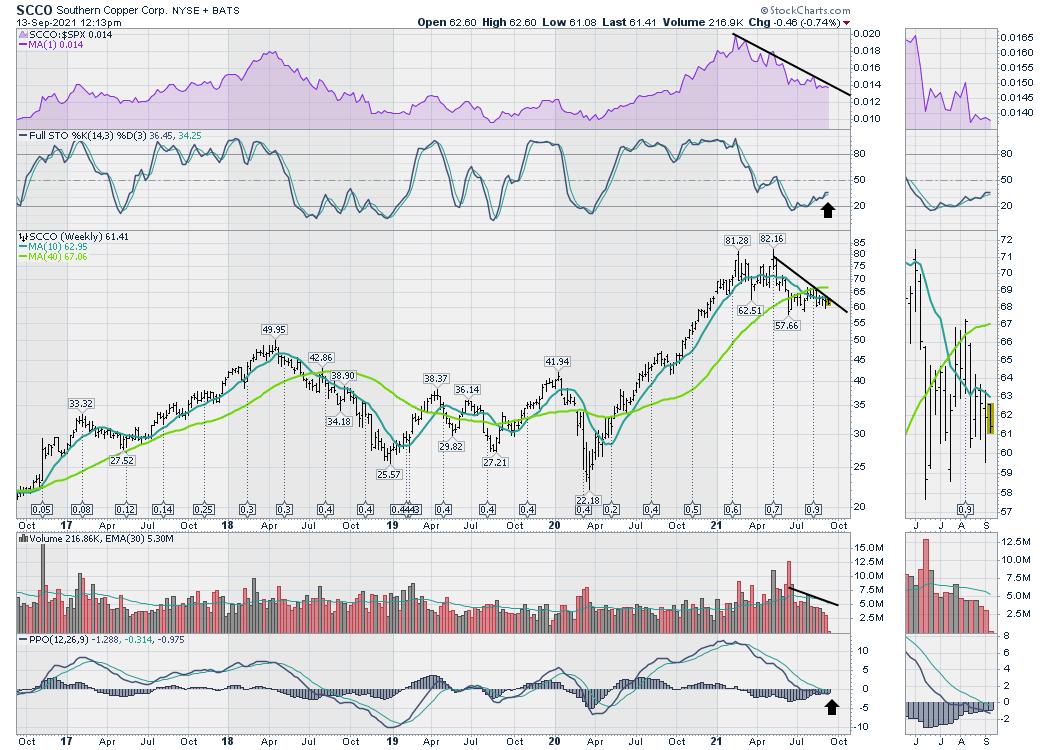 RIO (Rio Tinto) has not tried to rally and is now below the 40-week MA. All the indicators are pointing straight down and the full stochastic hasn't tried to turn yet. With the PPO approaching zero at a steep angle, it doesn't look ready to base just yet. 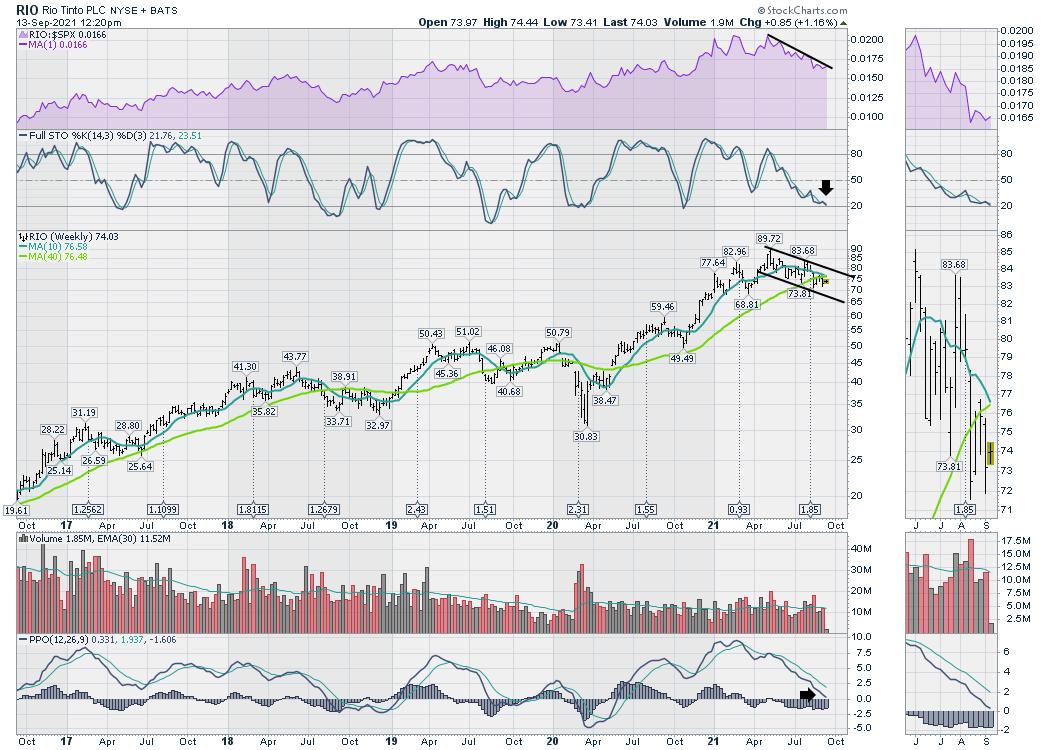 TECK, TECK/B.TO. Teck Resources looks a little better. It has broken the downtrend and is a dollar away from the 2nd quarter highs. It wouldn't take much to hit two-year highs in relative strength, shown in purple. The good news is that the PPO is turning up! Be watchful of a double top! We need to make new highs which would bring the $30 level into play as the old resistance. 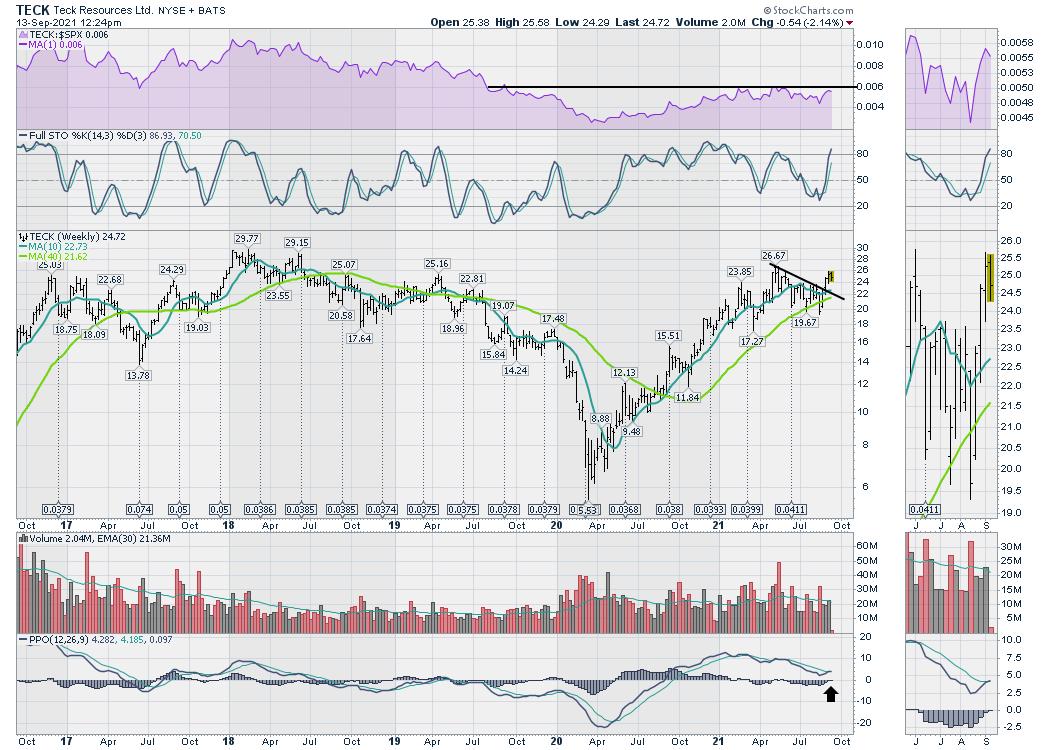 So a bright spot within a few cloudy charts stuck in downtrends. I like the breakout in Teck and it might just help us with the direction in some of the other names. Watch closely!